An American citizen and others have been imprisoned since April for uploading a satirical video in the UAE, where restrictive cybercrime laws conflict with recent accolades in the Western press. 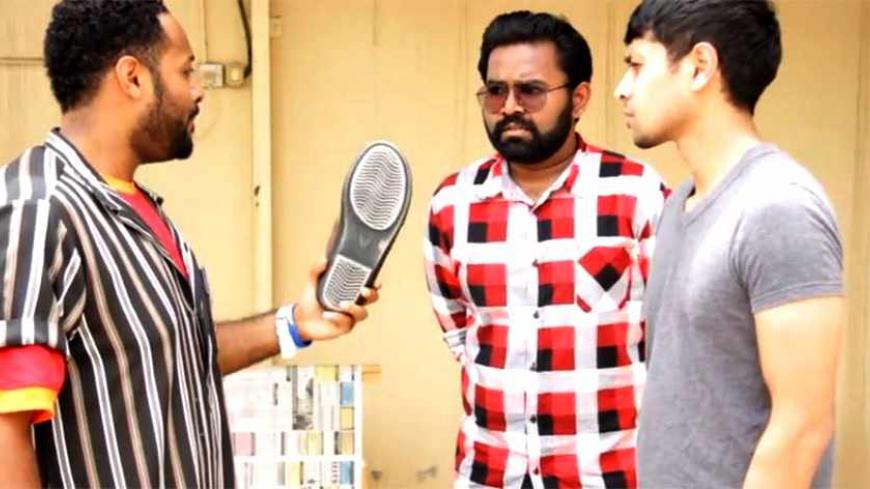 A screenshot from a satirical comedy video called “Satwa Combat School.” The video on YouTube has landed an American citizen and two Emiratis in prison for violating the United Arab Emirates’ cybercrime laws. - YouTube

An American citizen and two Emiratis have been imprisoned for violating the United Arab Emirates’ cybercrime laws after uploading a satirical video to YouTube, according to family members.

Dubai police arrested Shezanne “Shez” Cassim on April 7, and he’s been sitting in jail ever since. In June, he was moved to the maximum-security Al Wathba prison in Abu Dhabi and faces charges in the federal State Security Court. Security forces have also jailed two Emiratis and two Indians involved in the video, according to the Emirates Center for Human Rights. Their identities have not been released.

The video in question is a satirical comedy called “Satwa Combat School,” set in the Satwa district of Dubai. The video purports to show combat training for youths who adopt hip-hop fashion and listen to rap music. One lesson instructs how to throw a sandal at a newspaper.

One UAE observer suspects that a particular portion of the video’s content led to the “absurd imprisonment.”

“I think they arrested him because the video talks about how Twitter can be used to quickly mobilize people in the event of an attack on one of their numbers,” said Christopher Davidson of Durham University, author of the book After the Sheiks.

At one point in the video, the instructor shows how to fight with a sandal and an agal, the rope that keeps the traditional Emirati headdress in place. Then he pulls out his cell phone and says, “This is a more dangerous weapon.”

Later, the instructor says, “We’re using the social media. … We are using the Twitter.” He then describes how Twitter can be used to gather forces in a battle, including the importance of requesting retweets.

“Absolutely, it's the Twitter reference that alarmed the censors,” Davidson said. “I don't think it was deliberately subversive. But it's a parody of inner-city revolutionary training camps and how social media can be used to organize protests. It’s certainly inspired by North Africa 2011.”

Cassim’s family finds it ironic that he's been jailed for creating an amateur film while the country prepares to host an international film festival.

“It’s hard to believe that while Dubai gets ready to welcome scores of international filmmakers, my brother Shez will be sitting in a desert prison because he made a film,” said Shez’s brother Shervon Cassim. “Expatriates and tourists should think twice about posting anything to social media while they’re in Dubai.”

The family released details of Cassim’s ordeal in prison. They said that at the time of his arrest, he offered to take the video down, but the officers laughed and asked, “How can you take down the video? YouTube is a company in America.”

Cassim and his colleagues have apparently been charged with violating Article 28 of the country’s updated Cybercrime Law of 2012. The article bans using a “computer network or information technology means with intent to incite acts or publish or transmit information, news or cartoon drawings or any other pictures which may endanger the national security and the higher interests of the state or afflicts its public order.”

The next trial date is set for Dec. 16, but family members are worried that it could be moved once again. The latest delay was reportedly caused by the judge wanting an Arabic translation of the video. Cassim has been refused bail on three occasions, according to the family.

Cassim, who was born in Sri Lanka before moving and becoming an American citizen, has spoken with family members intermittently and has not alleged mistreatment while in Al Wathba prison.

“This case shows the glaring contradiction between the UAE’s claims for increasing connection to the world through the Internet and its new cybercrimes legislation,” said John Archer, an NYU professor and critic of the NYU-Abu Dhabi collaboration.

Indeed, the UAE recently received positive press coverage from The New York Times’ Thomas Friedman in a column about the power of social media in the Gulf. The gist of his article was that the governments of the Gulf states are becoming more responsive to citizens' concerns because of the power of social media. Friedman specifically mentioned the YouTube video from this summer showing an Emirati beating an Indian man after a traffic accident. The video went viral and the Emirati was arrested on assault charges. Friedman didn’t mention that the Indian man who took the video was also arrested on invasion of privacy and defamation charges.

Friedman also didn’t mention the steady stream of arrests in 2013 of Emirati activists and the July conviction of 69 Emiratis accused of attempting to overthrow the government. Two additional arrests were directly related to comments made on Twitter, and many of the convicted Emiratis were active on the social network.

The nation’s cybercrime law was updated last year to a chorus of objections from observers. The new language criminalizes a wide swath of free expression, some of which may be applied to Cassim and his colleagues.

Article 29, for instance, makes it illegal to “damage the reputation, prestige or stature of the state.” The wording is nebulous enough that it could apply to the satirical video.