The deepening crisis in Syria should make Turkey consider how it will deal with near permanent chaos in its borders. 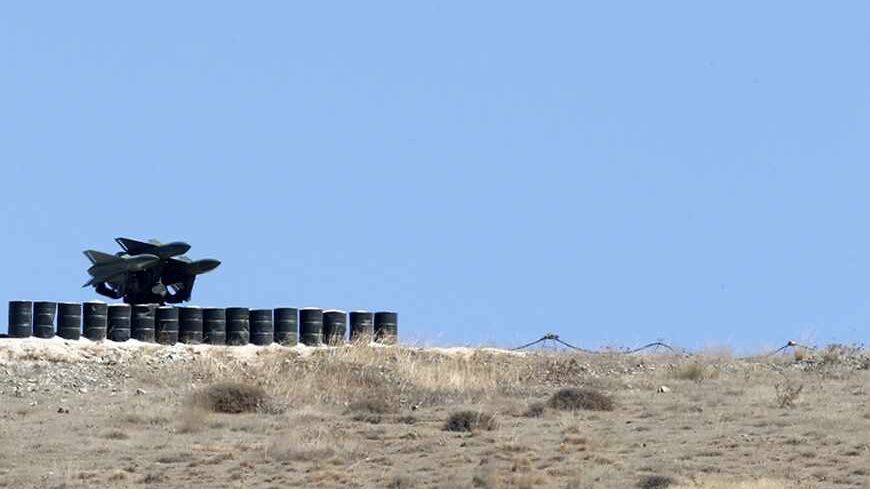 A rocket launcher is positioned at a military base on the Turkish-Syrian border town of Reyhanli, in Hatay province, southern Turkey, Sept. 5, 2013. - REUTERS/Umit Bektas

GENOA, Italy — At the German Marshall Fund’s Mediterranean Strategy Group, at a meeting held Nov. 20 to 22, participants shared their views on Mediterranean security issues under the Chatham House Rule, allowing them to express opinions openly without the risk of being quoted. In this light, here is a summary of how the Syrian crisis was discussed in terms of implications for a key stakeholder country like Turkey.

To begin with, participants disagreed over the US role in the region. While some considered its decision not to engage militarily in Syria a sign of disengagement from the Middle East, others argued that it is actually more engaged and active in the region than ever before — just in a different way. Still, there was more or less agreement over a lack of a clear Syrian policy at the White House, save for not engaging militarily in the country.

Second, there was agreement that Syrian President Bashar al-Assad is getting stronger, not weaker, as the crisis deepens, three years since its beginning. There was also agreement that the prospect of the opposition coalition winning is diminishing rapidly. The upcoming Geneva II conference was discussed as a mere diplomatic effort, which promises no constructive result. All agreed that the strategic landscape in the region is undergoing revision, and that it is no longer possible to trust old traditional alliances, which has a direct impact not only on how countries determine geostrategic interests but also trade policies and beyond.

Put simply, Syria remains in a bloody vicious cycle with no end in sight. This notion of not being able to come up with a solution to end the bloodshed comes as a direct blow to the 2005 UN Resolution that defined the “responsibility to protect” principle as an international duty to prevent the slaughter of civilians in civil wars. While the participants observed that the international system failed to respond promptly and precisely to the crisis in Syria, they agreed that the situation is not irreversible if a coherent policy were to emerge.

The issue is that the Syrian story is a mess, and it is not promising to improve before getting worse. So, what does that mean for Turkey?

While the West might have been wrong to package Turkey as a model country to help Arab countries to transform into democracies, the Ankara government really did not prove the supremacy of its intelligence or its knowledge of the complexity of this theater, and therefore, the notion of presenting Turkey as a model needs serious criticism. This point, however, is long past. If the Ankara government does not take action to control its borders, the Europeans seem increasingly worried that al-Qaeda-like extremist groups will get closer to Turkish borders. Therefore, there is an expectation that Turkey will put the border-security issue under a new spotlight, and may even ask for assistance from international bodies to help establish the necessary mechanisms to enhance its control.

Moreover, participants also complained of Turkey overplaying its hand in the region — choosing sides in Syria and elsewhere, and always favoring the Islamist camp. “So, what will Turkey do now as the Muslim Brotherhood in Syria failed to take control of the country?” one participant questioned while critiquing Turkey as it is perceived in the region playing the role of big brother to the Sunni Muslim world.

Yet the participants also observed that Turkey is not yet in a position to really think about how it will deal with constant chaos at its borders. On the contrary, one participant argued that the government of Turkish Prime Minister Recep Tayyip Erdogan remains optimistic, that whatever the short-term challenges, Turkey will still be able to watch out for its long-term interests. How it will do that with the rising Kurdish ambitions in Rojava, or whether Turkey will end up using its military to deter Kurdish aspiration for an independent Kurdistan at its borders, remains unknown.