Turkey’s Interests Clash in Iraq Over Energy and Security

Turkey is primed to become a regional energy hub between producing and consuming states, enhancing its economic leverage and geopolitical clout. The problem, writes Denise Natali, is that Turkey’s energy strategy is clashing with its national-security interests. 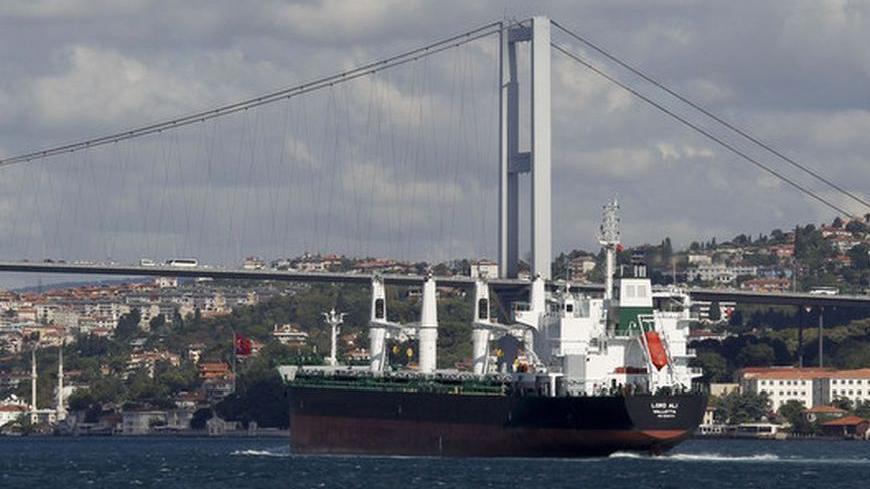 An oil tanker passes through the Bosphorus to the Black Sea in Istanbul September 1, 2012. - REUTERS/Osman Orsal

With rising global energy demands and its position between producing and consuming states, Turkey is primed to become a regional energy hub. By diversifying energy supplies and transit routes, Ankara hopes to enhance its economic leverage and geopolitical clout while meeting its own growing domestic energy needs.

The problem however, is that Turkey’s energy strategy is clashing with its national-security interests and similarly, its foreign policy is impeding energy-hub expansion. In particular, Turkish Prime Minister Ecep Tayyip Erdogan’s soft-power politics in the Kurdistan Region of Iraq and his sectarian-based agenda have alienated Baghdad — the real source of Iraq’s oil and gas wealth — while encouraging trans-border Kurdish instability. These tensions have been exacerbated by the Syrian crisis, and without readjustment, will ultimately stifle Turkey’s long term energy-cum-political ambitions.

Even though Turkey is already an energy transit zone, it seeks to become a real center where strategic energy sources can be refined, stored and transferred to high-value European markets. Greater supply diversity will also lessen dependency on Russian imports, which source 60% of Turkish and European Union gas needs.

To this end, Ankara has engaged in various Caspian pipeline projects and is pursuing new energy suppliers. One of the most important is Iraq, which holds about 143 billion barrels of oil and 110 trillion cubic feet (tcf) of gas, with another 150 tcf in potential gas reserves, including the Kurdistan Region. Turkey already has private and state companies invested in the northern and southern Iraqi energy sectors respectively, and has stakes in the existing Iraqi-Turkish pipeline that is exporting about 400,000 barrels per day to Turkey’s Cehan port with transit fees paid by Baghdad until 2035.

Still, Ankara has been unable to use Iraqi opportunities to its energy or political advantage. Indeed, it has quasi-economic control over the Kurdistan Regional Government (KRG), which is only too anxious to sell its oil and gas resources at discounted rates, preferably outside Baghdad’s auspices and through an independent pipeline to Turkey. Turkey and the KRG also are gaining revenues from Kurdish crude and gas condensates “bartered” at the Iraqi Kurdish-Turkish border. To bypass Baghdad’s payment and export restrictions, the KRG has restarted the well-known cross-border oil-trucking operations, much the way it did during the 1990s, when an extended network of local traders and truckers from Baghdad to Diyarbakir circumvented UN sanctions and profited immensely from the “oil for food” smuggling activities.

Even so, Turkey cannot become an energy hub through trucking operations alone. It needs a viable pipeline infrastructure that can transport much larger quantities of Iraqi oil and gas through official state channels. Nor can Ankara advance its energy interests in an increasingly unstable political context. One of the unintended consequences of Erdogan’s Iraq policy is that it has further empowered the KRG and challenged Turkey’s larger energy and security interests. An emboldened Kurdistan Region in a contentious federal Iraqi state has led to more KRG posturing, maximalist behavior and disinterest in compromising with Baghdad.

Turkey’s mistake was not forging an alliance with the KRG, which remains an important energy source, commercial market and border-security partner, but that it has done so while undermining its strategic relationship with Baghdad, which controls Iraq’s energy sources and payment mechanisms. In fact, Erdogan has egged on Kurdish challenges to Iraqi sovereignty through his ongoing attempts to weaken Baghdad’s authority — especially Iraqi Prime Minister Nuri al-Maliki’s power — his role in Syrian opposition politics and his failure to even partially resolve Turkey’s Kurdish problem. Turkey’s southern border is more unstable than it has been in decades, with the PKK’s influence spreading from Iran to Qandil to western Syria.

Indeed, as the Syrian crisis continues, Ankara may have realized the limitations of its soft-power politics and may need to reaffirm its security priorities. Turkish Energy Minister Taner Yildez recently reaffirmed Ankara’s commitment to working with Iraq’s energy sector and just signed a $350 million deal with Baghdad for oil drills in Basra, with prospects of participating in Iraq’s fifth bidding round. While remaining tied to its Iraqi Kurdish alliance, Turkish officials also have made it clear to the KRG — and other Kurds — that there will be no autonomy in Syrian Kurdistan.

Even if Ankara reaches an accord with Baghdad and negotiates a comprehensive energy-export deal inclusive of the KRG, its energy-hub ambitions would still be challenged by the absence of gas markets, pricing mechanisms, a legal framework, market liberalization and cross-border pipeline security. Russia also has little interest in seeing Turkey develop alternative routes and suppliers to Europe. Still, with 80% of Iraqi oil and 70% of associated gas based in Iraq’s southern provinces, with Baghdad in control of the pipeline infrastructure and with a deepening PKK problem, it would behoove Ankara to rethink its Iraq and energy strategies. It can either make amends with Baghdad and nudge a Kurdish compromise, or remain a transit zone for only a limited amount of Russian and Iranian gas at limited value.