The recent PKK bombing of the Iraqi-Turkish pipeline reveals the growing implications of Ankara’s unresolved Kurdish problem on its energy ambitions, writes Denise Natali. And these attacks are likely to continue as the PKK takes advantage of the political vacuum in Syria and as its relations with the Turkish state deteriorate. 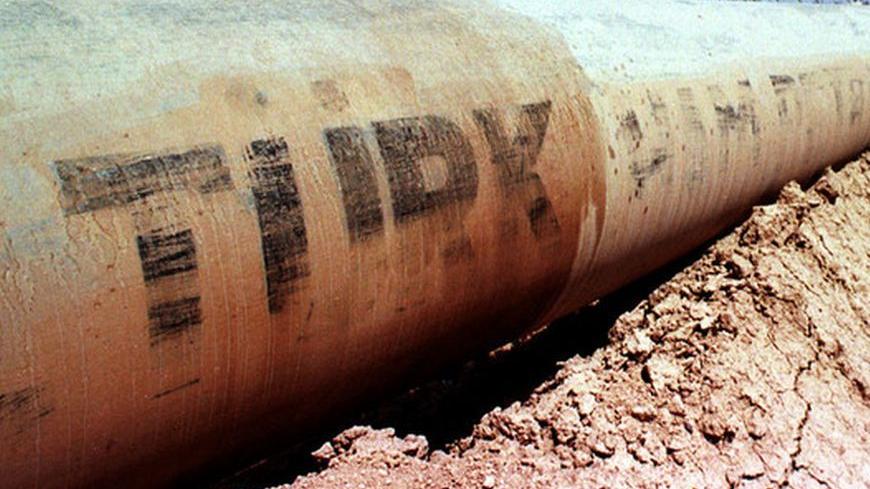 Part of the Iraqi-Turkish pipeline that runs in oil-rich region of Kirkuk. - REUTERS

The recent PKK bombing of the Iraqi-Turkish pipeline reveals the growing implications of Ankara’s unresolved Kurdish problem on its energy ambitions. Not only did the explosion interrupt Iraqi oil transfers, but it affirmed the degree to which the PKK is willing to undermine Turkey’s strategic assets, which are integrally tied to its energy infrastructure. Although the pipeline, which currently transports about 400,000 barrels of Iraqi oil to Turkey’s Cehan port daily, was eventually repaired, it has become a key target for the PKK, as well as other lines running though southeastern Turkey. These attacks are likely to continue as the PKK takes advantage of the political vacuum in Syria and as its relations with the Turkish state deteriorate. An unstable southeastern Turkey will further undermine the possibility of developing Iraq’s northern corridor as a much-needed alternative oil export route to Europe.

To be sure, attacks on the Iraqi-Turkish pipeline have been ongoing for decades. Only four months after the line was completed in April 1984, the PKK sabotaged it. The pipeline also has been sabotaged on the Iraqi side by local insurgents since 2003, causing additional stoppages, exacerbating existing damage, and temporarily lowering output from its 1990 levels of 1,100,000 bpd to about 400,000 bpd.  Still, PKK attacks were generally limited, even at the height of its insurgency during the 1990s, when the radical group declared Turkey’s energy infrastructure as a “legitimate target”.  As late as 2006, PKK hardliner Murat Karayilan, based in Iraqi Kurdistan's Qandil Mountains, affirmed that the PKK would attack Turkish pipeline infrastructure only as a last resort, while focusing on military forces, civilians, and property.

PKK strategies started to change, however, in 2010, after another failed cease-fire with Ankara and Turkey's signing of a 15-year pipeline extension with Baghdad. While continuing to affirm their aim was to "harm Turkish interests and the Turkish army," the PKK’s pipeline attacks started to become more frequent in PKK stronghold areas such as Mardin, a town along the Turkish-Syrian border and through which the Iraq-Turkish pipeline passes. They also occurred outside traditional PKK areas. In May 2012, the PKK blew up part of the Baku-Tiblisi-Erzerum (BTE or Shah Deniz) gas pipeline on the Turkish side, halting 16% of Turkey’s daily gas intake for about a week. The following month, the PKK attacked another Turkish gas pipeline from Iran, shutting down supplies for two weeks.

Although Turkey’s state oil and gas pipeline company, Botaş, has been able to meet domestic demand by turning to more expensive imports from Russia and its neighbors, these attacks have serious implications for Turkey’s energy ambitions. PKK pipeline sabotage, as well as its ongoing insurgency against Turkish military forces and populations, comes at a time when Turkey is trying secure more energy suppliers, namely in Iraq where Turkish state and private companies are heavily invested. PKK attacks, as well as ongoing instability on the Iraqi side, could stifle Turkey’s aim to increase cheap oil and gas imports —and the lucrative pipeline tariff revenues linked to it. Ongoing PKK violence will also require Ankara to assume greater responsibility in assuring pipeline security, particularly if it wants the private sector to help build pipelines in southeastern Turkey.

Instability in southeast Turkey also targets Iraq’s energy sector development. It could stifle Baghdad’s plans to diversify its export routes and develop the northern corridor, particularly since 80% of its oil is exported through the Strait of Hormuz and vulnerable to Iran. The Kurdistan Regional Government (KRG) has even more to lose. It is relying on building its own pipeline to Turkey’s Ceyhan port that would bypass Baghdad and give it the economic and political independence it seeks.

Yet, as the PKK and Kurdish issue becomes enflamed in Syria, as Iraqi Sunni Arabs become increasingly critical of KRG energy plans in disputed territories, and as Turkey’s 2014 elections start to loom on Ankara’s horizon, the prospects of further autonomizing the KRG through its own pipeline are grimmer than ever. Without an alternative export route or a national hydrocarbons law, the KRG will be further pressed to negotiate with Baghdad or run its own energy sector as a large trucking operation.

Indeed, the Turkish state and Botaş can continue to address its PKK pipeline problems by making short-term switches on energy supply markets, increasing storage facilities and playing down each attack, while increasing security measures. This approach may assure some investor confidence and short-term supplies, but it neglects the root of the pipeline attacks — a deeply rooted Kurdish problem that is expanding across borders. Until this problem is even partially resolved, which will involve the KRG as well as Ankara, then Turkey’s strategic energy assets and those of its neighbors will be faced with increased risk, damping the prospects for building additional pipelines and realizing regional energy potential.