After months of hype, Nov. 11 passed without a hitch in Gaza as Tamarod was a no-show. 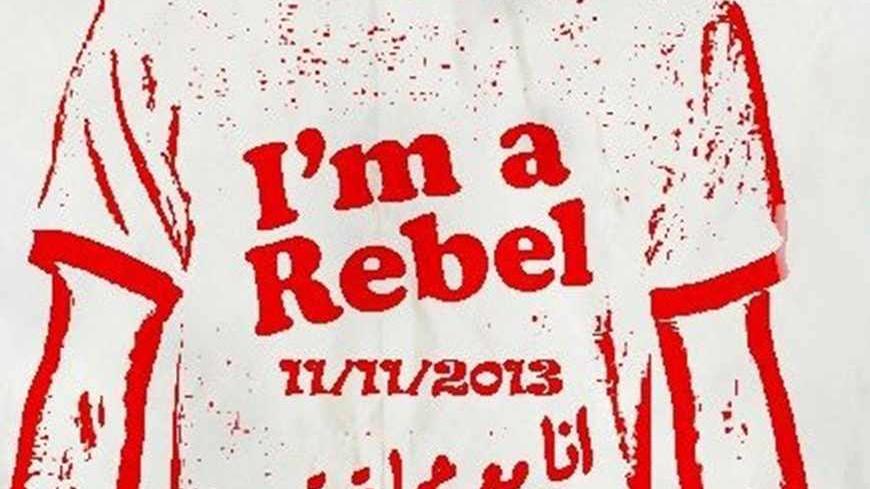 GAZA CITY, Gaza Strip — The Tamarod movement in Palestine had called for toppling the Hamas government on Nov. 11. But that day has come and gone peacefully, contrary to what was expected.

The Gaza streets were almost empty on the morning of Nov. 11, except for some security men at the main intersections in Palestine Square and at university crossroads. New photos of the Al-Qassam Brigades’ former chief, Ahmed Jabari, who died in the November 2012 war, decorated those areas.

“This photo was posted on the evening of Nov. 11 to spite the Tamarod movement and remind everybody of the Hamas movement’s glory. Rumor has it that the name of the square will be changed from Palestine Square to Jabari Square,” a local taxi driver told Al-Monitor.

Not far from another photo of Jabari, at the gate of the building of the faculty of sciences at Al-Azhar University, Al-Monitor witnessed skirmishes between students and security men who entered the building.

In a conversation with Al-Monitor, Abu Mohammad (not his real name), one of the university’s guards, said, “This is a fight between security men and university students. It has nothing to do with Tamarod. In the morning there was a pro-Tamarod rally, but we deterred it. We do not want problems today, because they affect the educational process.”

On Nov. 10, Tamarod declared that the events would be canceled and planned anti-Hamas protests would not be held in the Gaza Strip. They claimed that Hamas issued reports stating its intention to use violence against their activities.

It is true that the streets were empty, but social media pages were filled with mockery of this calm. Blogger Khaled al-Sharqawy tweeted: “It seems that Tamarod wants to rebel in the cold of the night.”

Rouba, a Gazan, sarcastically tweeted: “#Tamarod_Gaza: There are millions of rebels in the streets of the Gaza Strip, but they are all offline!”

On Nov. 6, I reported that expectations in the Gaza Strip were low for the protest, as Tamarod had eased off its rhetoric.

Although Nov. 11 is also the anniversary of Palestinian President Yasser Arafat’s death, no marches took place. “The absence of any marches on this day is primarily due to the fact that no events were publicly announced to commemorate the 9th anniversary of Arafat’s death, especially because of the turmoil caused by Tamarod’s calls and Hamas’ refusal to hold events in his memory,” political writer Atef Abu Seif told Al-Monitor.

“This has nothing to do with the public’s appreciation of Arafat. It is rather related to Fatah command’s mismanagement in Gaza,” he added.

“The public did not respond to Tamarod’s calls, because it is a virtual movement that was launched by noninfluential groups, which did not adopt any political approach. For this reason, succeeding is not an easy thing for Tamarod,” Abu Seif clarified.

Moreover, Abu Seif believed that “reviving the Egyptian model is wrong, because there is no army in the Gaza Strip to support the popular movements against the government.”

He also noted, “People now prefer steering clear of politics and preoccupying themselves with daily matters. They have constantly been disappointed and devastated, especially after they were oppressed on March 15, 2011, and after their calls for unity were neglected.”

A lawyer who spoke to Al-Monitor on condition of anonymity, based on instructions from the rights’ association he works for not to bring up Tamarod, said the day passed without much disturbance. “We did not spot any violations today, except for two unconfirmed incidents. The first involved a woman who raised a banner that read ‘I am a rebel’ in the central province of Gaza. She was arrested by the police. The second involved a family’s house raid in the same region.”

“Police are widely deployed today and seven Tamarod members have been in jail for a while,” the lawyer added.

“Ever since Tamarod called for protests three months ago, hundreds — even thousands — have been unjustly accused and arrested in illegal ways and by improper legal measures. Moreover, Arafat’s commemoration was forbidden, despite the fact that people have the right to gather peacefully as per the Public Gathering Law of 1998,” he added.

A security source from the Ministry of Interior’s press office, speaking to Al-Monitor on condition of anonymity, said that no major incident took place. “I called the police operations room at the end of the day and not one exceptional case was recorded, despite the spread of lies claiming that governmental headquarters have been seized.”

He confirmed that it was a normal day and that what happened at Al-Azhar University was a misunderstanding by the security men.

Government spokeswoman Israa al-Mudallal was not surprised at Tamarod’s failure. “It is strange to give Tamarod all this attention. Many foreign journalists asked me about this, knowing that the date today coincides with many other important events,” she told Al-Monitor.

“The presence of security men in the streets is normal and could happen in any country in the world,” Mudallal said. “Tamarod does not have any influence on the Gazan public opinion, due to its mediocre rhetoric and commands that come from outside the Gaza Strip. The movement excused itself from holding any events, which proves my point. How then can one expect people to respond to it?” she added.

She noted that given Gaza’s suffering and the gas and electricity crises and their effects on the fields of health, environment and education, it is “ridiculous” to talk about Tamarod. Instead, the government and humanitarian institutions should be managing these crises.