As the war drags on and atrocities on all sides continue, criminal and terrorist groups have played a larger role in those forces opposed to the government of Syrian President Bashar al-Assad. 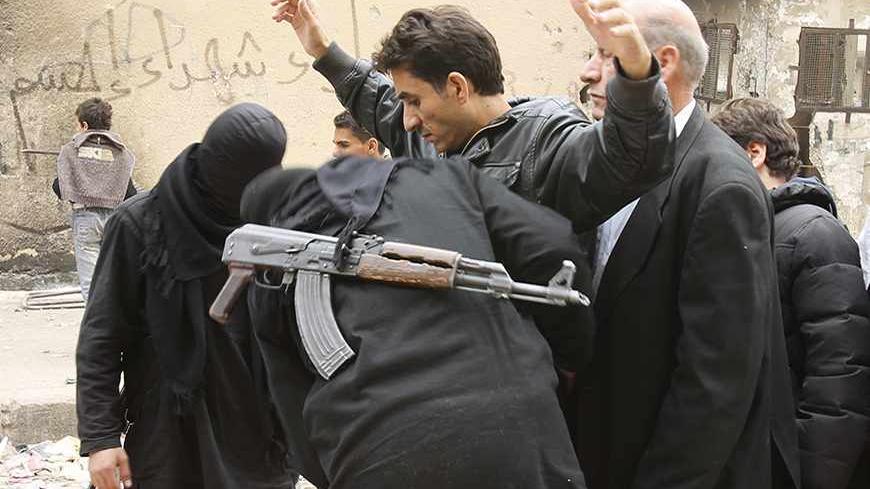 The Syrian civil war displays a history of incomprehensible atrocity and wanton crime — all of which have severely crippled the region. Syrian President Bashar al-Assad has continually been depicted as the arch criminal, and it is true that he is responsible for the greater part of the murders, violations and exploitation of innocent people. Yet, as the war continues, he has come to have rivals in outright criminality. The link between insurgent groups and organized crime has long been a feature in intrastate conflicts. In a civil war, insurgents live in a shady underworld where they increasingly resort to crime to obtain funds and weapons for their operations. The Tamil Tigers in Sri Lanka became famous for imposing a “revolutionary tax,” and insurgents in Iraq raised funds through a mixture of extorting, looting, vandalizing, kidnapping and smuggling.

As the revolt drags on, Syria’s insurgents increasingly become more and more lawless, and the view of many Middle East experts is that they are undercutting their own program of winning hearts and minds to overthrow Assad.

Killing captives and other matters

Murder is a capital offense in almost all Middle East countries, but Syria’s civil war has resulted in opposition groups killing their captives with no regard for any rule of law. With an inhuman sense of impunity and murderousness, certain rebel groups — including some affiliated with the Free Syrian Army (FSA) — are often summarily killing people. The death toll continues to rise “as more towns and villages come under the control of armed opposition groups," according to a report by Amnesty International. The report also alleges that rebel groups linked to the FSA committed “serious violations of international humanitarian law, amounting to war crimes.”

The New York Times reported on the “growing body of evidence on an increasingly criminal environment populated by gangs of highwaymen, kidnappers and killers."

But former US State Department official Wayne White injected a note of caution when the ravages of the rebels are compared to those of the regime. “[S]tacked up overall against the notorious and sweepingly ruthless, violently authoritarian, vastly corrupt and, yes, sweepingly criminal behavior that has prevailed within the Assad regime long before the outbreak of this virtual civil war, the total activity in that respect among the rebels — even measured against that of the regime in a snapshot of, say, just the past year — pales in comparison with the sheer mayhem wrought by the regime.”

A former senior State Department official, speaking on background, noted drily, “Pangs of conscience are rare among criminals.” Pat Lang, former Defense Intelligence Agency chief of Middle East operations, speaking of the murderousness of the Syrian rebels said, “Unfortunately, all the rules that produce restraint or decency are gone. Everyone is a target.” A former senior US intelligence official told Al-Monitor that Syrian opposition moderates who are being trained in Jordan and Saudi Arabia under US supervision are losing ground in the struggle as both the regime and its opponents are increasingly being radicalized. This official added that about 20% of the opposition is made up of "bad guys" or extremists, and that number is rapidly increasing.

The most alarming extremists in the Syrian opposition are Jabhat al-Nusra and the Islamic State of Iraq and al-Sham, which use terrorist tactics that aim at establishing an Islamic state in Syria. They comprise the most battlefield-effective force on the ground in Syria.

The fiercest of these, Jabhat al-Nusra, announced its presence on Jan. 23, 2012. It is led by Abu Mohammad al-Golani, and is made up of Sunni extremists, according to State Department officials who spoke on background. Its goal is to reinstate an extreme form of Islam and the Islamic caliphate. US experts told Al-Monitor that this group and its suicide bombings and attacks on civilians personify the ruthlessness of the Syrian civil war.

“Whether it was intended or not, the bombings, the shootings are going beyond even [Osama] bin Laden in their bloodthirstiness,” said Graham Fuller, the former vice chair of the National Intelligence Council and former CIA Kabul station chief. He added, “The degree of violence is almost unprecedented. The tendency of the al-Qaeda people for mass murder has no limits — it is crossing the bounds of rationality.”

Such violence hinders any cease-fire agreement. “It is the scale of killing that has prevented an agreement for ending the war — it's hard to go back and negotiate with all that blood on the floor,” he said.

Veteran Middle East expert Wayne White said, "[T]he robust presence of al-Qaeda affiliates among the rebels has been the primary reason for withholding most lethal assistance, let alone anything along the lines of a 'full endorsement' by the United States."

Fears are widespread among Western governments that weapons sent to the rebels could wind up in the hands of extremists and be turned against their benefactors in a region already primed to burst because of sectarian rivalries. Even the moderates being trained in Saudi Arabia are being given Russian or Chinese weapons, not American ones. The moderates are also dividing their forces, making them less battlefield-effective. And with the decline of the "moderate" or secular rebels, the opposition may be fast losing the hearts and minds of all but the most committed ordinary Syrians, said a State Department official who spoke on background. “They have no faith in what’s to come,” said a former senior US intelligence source.

The countries neighboring Syria are awash in refugees. Organized crime networks and Syrian opposition groups operate freely in the biggest refugee camp, Zaatari in Jordan, which is home to 130,000. A July report by the UN High Commissioner for Refugees asserted on Aug. 6 that inside the camp, organized criminal rings use theft or extortion to pursue their financial and political objectives.” A former senior US intelligence official said that both criminal networks cooperate to not only victimize the refugees, their crimes include underage prostitution of girls and drug trafficking. Their conditions are so dire that many want to escape, the report said.

"The situation on the ground is highly challenging, complex and dangerous for humanitarian workers. Key humanitarian access routes have been cut off by the fighting," according to the UN paper. "Kidnappings and abductions of humanitarian workers are growing, as is hijacking and seizure of aid trucks. The Syrian authorities have yet to lift bureaucratic impediments and other obstacles hindering humanitarian work."

Syria’s archaeologically-rich regions are systematically being looted, using sales from stolen treasures to finance their military operations. The targets of the rebels are Syria's ancient artifacts and antiquities including gold, Roman tombs, mosaics, tapestries, statues and so on. An average pillaging can rake in $50,000 per haul. This attack on Syria’s pre-Islamic past resembles the looting and destruction of the priceless treasures of the Baghdad Archaeological Museum and the pillaging of Iraq’s ministries, which took place in 2003.

As things stand, the “moderate” rebels are far too loose and disunited, continually dividing their forces, and no longer threaten to overthrow Assad, US experts said.

“This Syrian conflict is truly a no-win situation for anyone. All players will emerge the worse from this,” said Fuller. But he added, “Given the fracturing of the opposition, any Syrian agreement may be pretty miserable, but it’s better than nothing.” 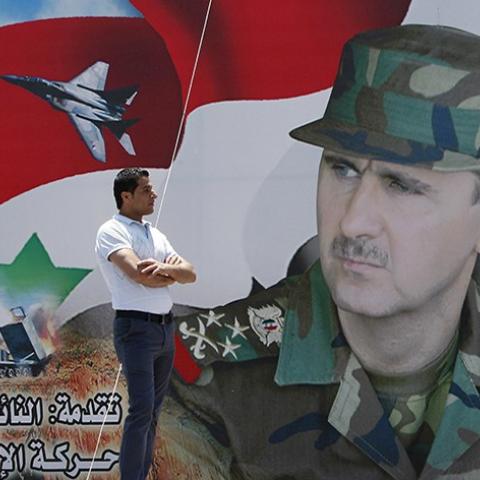