A Saudi womens' activist writes that arrests won't stop women from pushing for their right to drive. 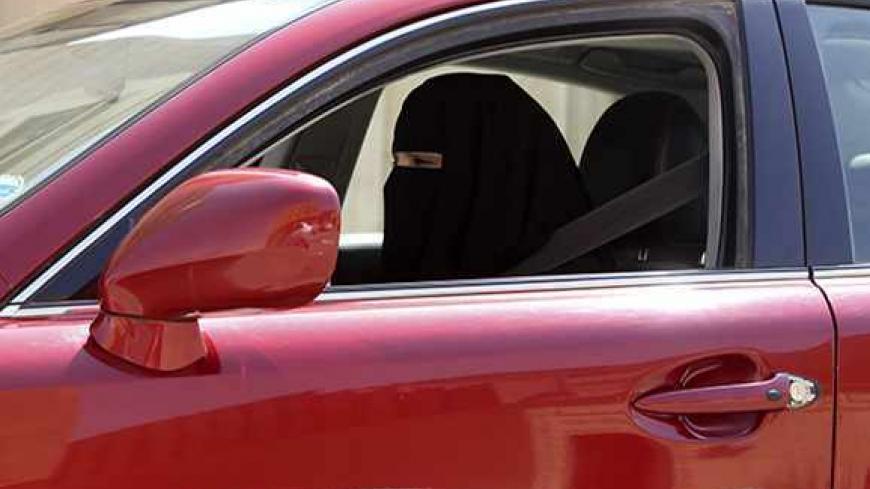 RIYADH — When a woman in Saudi Arabia gets behind the wheel, the police stop her, call her male guardian and get both to pledge that it does not happen again. On Nov. 6, 1990, 47 women unsuccessfully protested the ban. They were punished so severely that no one dared again until Manal al-Sharif unsuccessfully tried in 2011 and was punished for it. This year, a new grassroots campaign was launched by a number of Saudis too large to be stopped and punished. The third time is always the charm.

No one expected the success of the Oct. 26 Women Driving Campaign. It came out of nowhere. The idea started with a draft of a petition. That draft was shown to and revised by dozens of Saudis. It inspired a logo. Then it was posted on a website and for the first couple of days, I still allowed other Saudis to revise a phrase here and there. On the third day, it was finalized. I was so thrilled when student Loujain al-Hathloul agreed to announce the campaign because we wanted to come out with a bang rather than have a buildup to it.

Hathloul did not disappoint. She has more than half a million followers, and her Keek video was watched by 5,000 people within the first 15 minutes of being posted. Then the campaign's hashtag on Twitter — #قيادة_26اكتوبر  — became one of the most popular in the history of Saudi hashtags. Photos started coming in, and videos too. They were all posted on the website. Other Saudis had ideas and we took them in.

Then Tariq al-Mubarak got in contact with us with an idea to use a Whatsapp number to better facilitate the videos. We asked him, “Who would dare put his name to a cell phone number for the campaign?” He bravely obliged. He got the SIM card and gave it to me. Because of his slim frame, politeness and soft-spoken demeanor, I mistook him for an undergraduate student. Only later on did I find out that he was an established writer and a high school teacher.

After a video of a Saudi woman stopping her car at a major intersection in uptown Riyadh made the local newspapers and was watched by a million viewers online, Mubarak dismissed it as not that big of a deal. He said that a truly brave woman would drive in the afternoon in downtown Riyadh. He went as far as to promise that he would erect a statue for the woman who did. I couldn't resist the challenge and I told him I knew of a woman who would and I could film her, but we both didn't know downtown Riyadh. So he offered to drive ahead and we set out. He drove ahead in his car and the woman driver drove as I sat next to her and took videos with my Iphone.

In our wildest dreams, we didn't expect the amazingly positive reaction we got in the streets. We headed out in the afternoon and returned well into the evening. Neighboring cars rolled down their windows to wave and give us thumbs up or just to smile. The eyes of women in their niqabs squinted in laughter and smiles at the sight of a woman driving. This was different from the indifference we encountered in the other areas of Riyadh. I posted the video as soon as I got home and it was the most successful video of all the ones I took.

As the actual date of Oct. 26 drew nearer, things started to become tense. The success of the campaign drew accusations of conspiracies and political agendas. Who knew that a woman driving a car could be so dangerous? A fundamentalist Twitter account posted a picture statement that falsely claimed the campaign had assigned areas in three major cities for a street protest. More than a hundred fundamentalists went to the king to ask that he crack down on the campaign. Women who had posted videos with their names started to get death threats.

Then on Oct. 24, these women received calls from a representative from the Interior Ministry ordering them not to drive. The website was hacked and the almost 17,000 strong petition was taken down. Some of the women involved were shadowed by secret police in white Toyota Camrys with dark tinted windows.

Despite the pressure, the campaign was extremely popular. The Whatsapp application on the campaign's cell phone would regularly freeze from the volume of videos, messages and photos that it was receiving. On Oct. 26 and the morning after, we uploaded more than 20 videos and dozens of photos. We were ecstatic. Then I received a text from Mubarak informing me that he was being called in by the criminal investigations unit of the Interior Ministry. And that was that. He remains in custody to this day.

But the threat of arrest won’t deter the campaign. It is continuing, and will continue to push for the women’s right to drive in Saudi Arabia.

In 1990, 47 women drove their own cars on a main road in Riyadh and they paid for it dearly with job suspensions, travel bans and slanderous Friday sermons. But little known to most, the person who paid the dearest price was a Saudi man, Saleh al-Azzaz, who was there to celebrate the women drivers by photographically documenting them. He was imprisoned amid speculation that he suffered torture as he was so traumatized after his release, and he died a few years later without ever publicly revealing his story behind bars.

I pray for Tariq al-Mubarak’s release.

Eman al-Nafjan is a female blogger from Saudi Arabia who has been campaigning against the driving ban. She is also a linguistics PhD candidate and is based in Riyadh. On Twitter: @saudiwoman