Russia is likely to benefit from an agreement between the P5+1 and Iran. 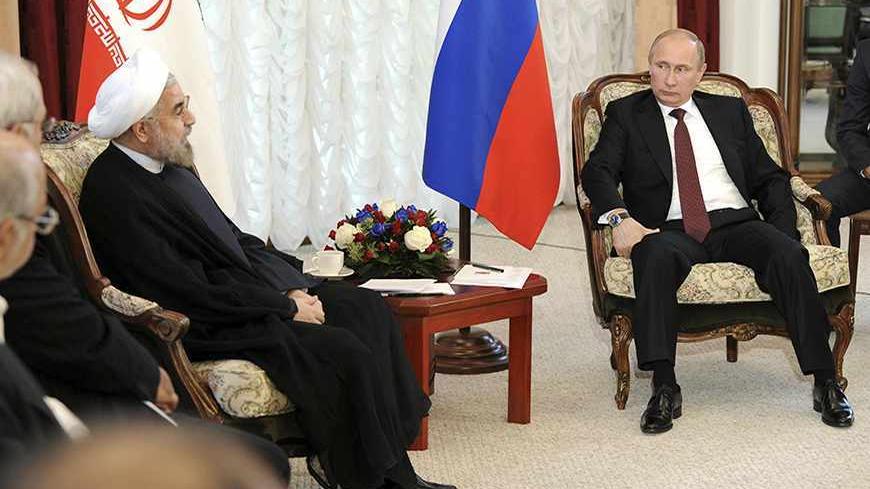 At the negotiations on the Iranian nuclear program in Geneva, progress was made. Although the first round ended without a deal, unusually optimistic forecasts are being heard about the second round, on Nov. 20. It seems that Iran and the United States, the main participants in the process, really want to change the atmosphere of their relationship, which has been hopelessly confrontational since the late 1970s.

The current stage differs from all previous efforts in that the participants are trying to get out of the rut that these discussions have always been in, and not just on the Iranian issue. Specifically, sanctions are never removed. Once imposed, they can only be increased, up to the use of force.

Moscow is following the events with great interest (basically, this is the model that Russia has always advocated), but also with caution. The view is expressed, for example, that Iran's return from isolation would be a loss for Russia, because the current “special” relationship is based largely on Tehran's being burdened by the sanctions and having nowhere else to turn but to Russia. This applies primarily to relations involving the construction of nuclear power plants and military and technical cooperation. But as soon as Iran has other opportunities, it will immediately reorient itself toward more influential Western countries. There is always the risk that the country that was eager to be “friendly” in times of trouble will turn away as soon as the grip of isolation loosens. This was seen to some extent in Libya under Gadhafi and in Serbia after Milosevic.

The second argument for keeping Iran closed off is to keep the oil and gas of a major competitor from reaching the market. And the price of oil is still higher due to major consumers refusing to take Iran's production. More important, Iran's abundant reserves of natural gas cannot get to the European market and thereby compete with Gazprom. If Iran were to return to the ranks of “respectable” countries, the long-suffering Nabucco project, which is basically dead, could come back to life. Any easing of the external pressure on Tehran would surely make the Iranian market much more competitive for Russia.

But on the other hand, if the “special relations” are based only on that our partner has nowhere else to turn, this is not sustainable anyway. Moreover, Moscow still cannot fully exploit Iran's isolation for its own commercial purposes — Russia is not prepared to enter into open conflict with America and the West for the sake of trade with Tehran. But now, the time to promote the “opening” of Iran, while maintaining the special relationship, is politically favorable.

The Syrian conflict, in all its diverse manifestations, has changed the diplomatic landscape in the Middle East. Russia's firm position, whatever it was based on (global considerations prevailing over regional ones), led to an unexpected result. The interests of Russia and Iran were closely aligned, much more so than earlier, when the two countries were essentially trying to exploit each other's difficulties to serve their own interests. The emergence of the situational — and also, at the present moment, logical — alliance between Moscow, Tehran, Baghdad, Damascus and Hezbollah has made Russia a more influential regional player than would have been expected two years ago. This course, based in essence not so much on the rapidly changing geopolitical situation as on the even more-stable religious factor, lays the foundation for action in the region.

Iran gets out of its deadlock with America but does not become its ally, both for cultural and psychological reasons and for political reasons. Especially since the United States cannot simply reverse course. It must still balance the thaw with Tehran with assurances to Saudi Arabia and Israel, two countries that have a very negative view of the current efforts to press the “reset” button. But establishing relations with Washington will allow Tehran to strengthen its regional positions, which are already quite formidable today.

In other words, any deal between the United States and Iran will serve to enhance Tehran's influence in the Middle East, and Russia, which has already laid the groundwork for good relations with the Iranians, will likely benefit from this. Moscow is beginning to seriously rethink its policy toward the East due to the need to respond to the Asian challenge, and Iran is important. Eurasian economic integration (the Customs Union, etc.), security issues in Central Eurasia (Afghanistan, but not only that country), and the development of the Shanghai Cooperation Organization will all be affected by the Iranian factor. Incidentally, it is the UN sanctions that are preventing Iran from joining the SCO, which would enhance the status of both the organization and Tehran. This is all to say nothing of the Syrian matter, which is still going nowhere and will continue to play a defining role for the future of the Middle East.

In Russia's actions, on Syria on the one hand and on Iran on the other, there is one more component that could potentially lead toward the resolution of a major international issue.

The Nuclear Non-Proliferation Treaty, in effect since 1968, is undergoing a crisis. And it is not about specific countries that are attempting to acquire nuclear weapons, such as North Korea and Iran, or that have such weapons despite the NPT (like Israel or India and Pakistan). It is a fundamental question: on what basis did the five great powers claim for themselves the right to have nuclear arsenals, while deeming the similar desires of other countries illegal? Forty-five years ago, it was possible to adopt an overtly discriminatory decision and enforce it, primarily through the power of the two superpowers. But today, the world is undergoing an unprecedented political awakening, and calls to democratize the world order and end the monopoly of the “elite,” i.e., the permanent members of the UN Security Council, are being asserted more loudly everywhere. No moral arguments can be made in favor of maintaining the unequal state of affairs, and resources are wasted in trying to do this through military and political efforts or by force. In part, this is because the countries on which it depends long ago stopped taking a creative approach to these dilemmas, relying instead only on their own superiority.

We can try to untie knots one at a time, focusing on individual countries, as is happening now — the Iranian nuclear program, North Korean program, before that the Iraqi program (which was never found), and Libya — but there is nothing to be proud of. We only managed to stop Tripoli, and Gadhafi's subsequent fate has surely convinced others that they should never give up the nuclear deterrent: It's hazardous to your health. In each case, the problem of WMDs is intertwined with much more convoluted regional relationships, and the one cannot be separated from the other.

We need a qualitatively new approach to the very principles of the NPT, to give it a new legitimacy and begin a manageable and coordinated re-examination. This initiative can be taken only by the countries that still have the largest arsenals: Russia and the United States. There are basically two types of equality. Either everyone is prohibited — for example, in the Chemical Weapons Convention — or everyone is allowed, under certain conditions. The first option is not applicable to nuclear weapons; total renunciation of them is unrealistic, and even so it would not enhance peace given the enormous imbalance in conventional weapons between the major countries (more precisely, between the United States and all others). So only the second option remains.

Now the diplomats, soldiers, scientists and engineers have to think about this. The Syrian chemical weapons and now the Iranian “thaw” have forced Moscow and Washington to roll up their sleeves and get to work on a task that previously seemed irresolvable. If they succeed, there will be an incentive to have a go at other impossibilities.