Seyed Hossein Mousavian reviews the futility of the US sanctions policy to affect Iran’s nuclear program or change its relationship with Iran for the better. 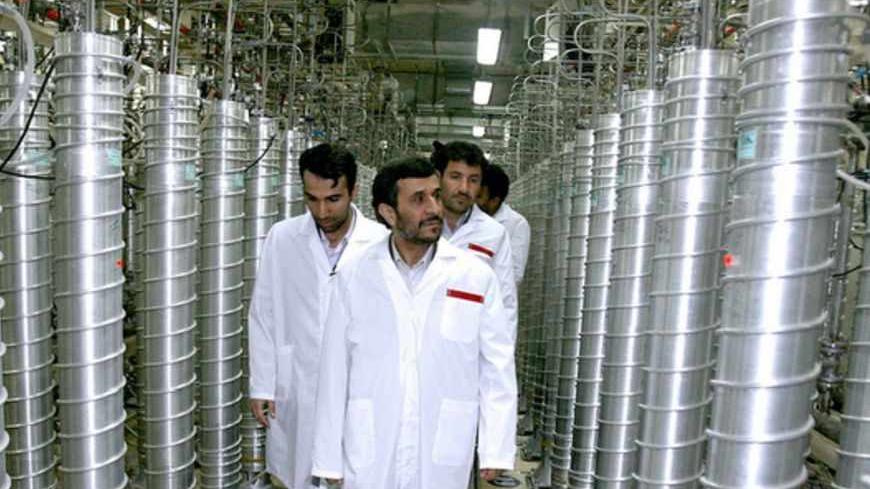 Sanctions, whether unilateral or multilateral, have been the United States' core policy on Iran since the 1979 revolution. President Barack Obama entered office confirming that he intended to pursue a policy of engagement with Tehran. During his tenure, however, the United States has orchestrated its harshest sanctions to date against Iran.

Sanctions have slowed Iran’s industrial and economic growth, considerably limited foreign investment and triggered national currency devaluation, hyperinflation, declining GDP and, last but not least, reduction of oil and gas production and export. Mahmoud Bahmani, governor of the Central Bank of Iran, described the seriousness of the effects of sanctions as "no less than a military war.” Even President Mahmoud Ahmadinejad, who once asserted that the sanctions were viewed as "the most ridiculous behavior," now admits that sanctions have taken their toll on Iran’s economy.

Simply put, if the real objective of the sanctions was to hurt ordinary Iranians, they have been successful. If they were intended to compel Iran to cease its current nuclear program, they have not only failed, but have actually resulted in acceleration of the program. This is the outcome I predicted and have reiterated from the onset of imposing harsh sanctions. Due to their mentality, culture and religious beliefs, the Iranians have resisted coercion and have further expanded their nuclear program.

As reports by the International Atomic Energy Agency indicate, prior to sanctions related to its nuclear program, Iran had one uranium enrichment site, a pilot plant of 164 centrifuges enriching uranium at a level of 3.5%, one generation of centrifuges and an approximately 100 kg stockpile of enriched uranium. Today, it has two enrichment sites with roughly 12,000 centrifuges, can enrich uranium up to 20%, possesses a new generation of centrifuges and has amassed a stockpile of more than 8,000 kg of enriched uranium.

Iran’s nuclear progress while under increasing sanctions leaves no doubt that coercion has been a major factor in pushing the country toward proficiency and self-sufficiency in nuclear technology. A similar phenomenon emerged during the Iraq-Iran War. Before the conflict, Iran was incapable of producing a single bullet and wholly depended on the West for weapons. During the war and its aftermath, however, and despite the sanctions and pressure imposed by the West, Iran built a large defense industry, achieved self-sufficiency in conventional weapons, accumulated a vast arsenal of long-range missiles and even launched a satellite.

Through the sanctions policy, the United States is, in practice, promoting the growth of Eastern influence in Iran, specifically that of its rival China. Since 2001, Chinese exports to Iran have increased nearly sixteenfold. The European Union had a more than 50% share of Iran’s economy in the 1990s. Due to sanctions, the West has lost its leverage to influence Iran’s economy. In other words, the West has been sanctioning itself out of influence, and instead has been letting its main competitors — China, Russia and India — win in Iran’s economy and gain authority. Sanctions have shifted Iran’s international trade direction from the West to the East, thus a trade policy of Asianization or Easternization.

Iranians are among the least hostile populace in the region toward the United States. US officials, knowing that sanctions hurt ordinary Iranians, are nonetheless essentially risking a great asset for normal relations by planting seeds of long-term alienation between the Iranian people and their country. Gallup polls indicate that “Iranians feel the bite of sanctions,” but they blame the United States, not their own leaders.

The sanctions damage the middle class and squeeze out the private sector in favor of the public. In addition, they are shifting trade away from the official banking system to underground networks. As a result of sanctions, the West is forcing Iran to distance itself from a market economy.

It is now apparent that the United States has been unsuccessful in leveraging sanctions to elicit more cooperative policies from Tehran. The Western policies of sanctions have only resulted in the further radicalization of Iran. Basij commander Mohammad Reza Naghdi remarked that he was opposed to Iran asking for sanctions to be lifted in the next round of nuclear talks with the P5+1. He reasoned that sanctions would unlock Iran’s “latent potential,” and the oil embargo could help the country’s economy cut its dependence on crude sales, a policy now on the agenda of the Iranian administration.

Mastering nuclear technology has become a matter of national pride. An overpowering majority of Iranians support the country’s nuclear program. A Gallup poll conducted in December 2012 indicated that 63% of Iranians believe that Iran should continue to develop its nuclear program, even given the scale of sanctions imposed on the country. Only 17% were opposed. Like the popular oil nationalization movement of the 1950s in response to foreign bullying and domination, sanction policies secure more support for the system rather than less.

The pressures and sanctions have raised doubts about the benefit of Iran remaining a signatory to the Nuclear Non-Proliferation Treaty (NPT). “If Iran had not been committed to the NPT, would Western countries have taken other measures?” challenged Ali Larijani, the Iranian speaker of parliament. General Mohammad Ali Jafari, commander of the Iranian Revolutionary Guard, stated at a press conference in Tehran that Iran might withdraw from the NPT.

Last but not least, insisting on sanctions and coercion has convinced the Iranian government that the United States is not serious about engagement and is following its core traditional policy of regime change. “Whenever we are close to a solution, the Americans cause a problem in order to prevent reaching a solution,” Supreme Leader Ayatollah Ali Khamenei asserted, adding, “My assumption and interpretation is that their goal is to keep the issue unresolved so that they can have a pretext for exerting pressure on us."

John Limbert, former deputy assistant secretary, in charge of Iran affairs at the State Department during 2009–2010, maintained that “since 1979.… We’ve used sanctions against Iran. They’re something we know. They’re something with which we have experience.… [But] changing the unproductive relationship that we’ve had with Iran for the last 30 years [is something] that we do not know how to do. That’s hard."

The United States needs to reconsider its unsuccessful 34-year sanctions policy and engage in a meaningful dialogue with Iran. Washington and Tehran have a history of missed opportunities since 1979. Perhaps the upcoming Iranian presidential election will create a new opportunity for the two governments to adopt a new strategy to normalize relations based on mutual respect.

Seyed Hossein Mousavian is associate scholar at Princeton University. He served as the head of the Foreign Relation Committee of Iran’s National Security Council during 1997 to 2005. He is author of The Iranian Nuclear Crisis: A Memoir, published by Carnegie Endowment for International Peace in 2012.