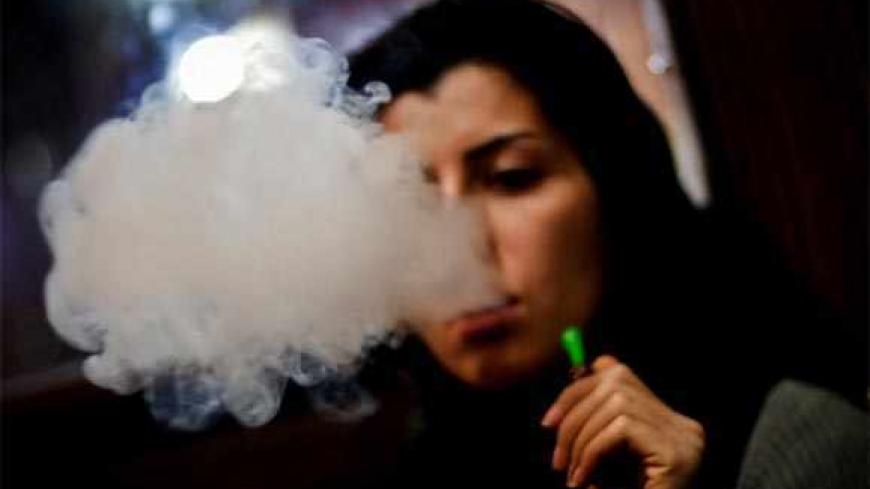 One of the few safe and legal leisure activities for Iranian women is the hookah. Hookah smoking has been a long-standing tradition of Iranians, somewhat diminished by the rise in popularity of cigarettes. However, since the Islamic Revolution of 1979 in Iran, hookah smoking has surfaced anew.

A significant characteristic of smoking hookah is that it need not be enjoyed discretely, and that women are equally able to smoke should they wish to do so. Darband, the beautiful area in northern Tehran near the Alborz mountains, is not only a popular hiking trail, but also a favorite place to hang out, where juicy kabob with basil and onions is served with doogh (a Persian yogurt drink), sometimes accompanied by hookah. But some believe it is at times smoked in excess.

A bonus benefit of smoking hookah is that men and women alike are allowed to participate together. That is, until now. A recent suggestion to ban women from hookah smoking — under the pretext that it poses a greater health hazard to women than it does to men — has sparked controversy in Iran.

Proponents of the proposed ban say that "recent research" points to a higher vulnerability in females when it comes to hookah smoking's side effects. While medical research proves that smoking hookah is as dangerous as smoking any other form of tobacco, it does not suggest gender-specific effects other than the risks posed to a pregnant woman’s fetus.

On Oct. 22, 20 members of the Iranian parliament warned President Hassan Rouhani about the dangers of women smoking hookah.

Najafi was accused of supporting hookah smoking. He defended himself in an interview with Fars News, stating that while he is not a supporter of hookah, banning it solely for women is discriminatory.

Fatemeh Aliya, a conservative parliament member, harshly reacted to Najafi’s words and described them as “unfortunate.” She went on to add that smoking hookah is beneath intellectual feminine conduct.

Aliya — a representative for Tehran — criticized Najafi’s statement about the necessity of treating men and women equally in enforcing strict anti-hookah regulations, and called it "hasty." She said the head of the Cultural Heritage Organization’s further comments — an attempt to clarify his position — were even worse, because he had identified the differentiation of men and women in enforcing a ban on hookah as a form of discrimination.

”Smoking hookah may be an ingrained habit of some elderly women in villages, but is not acceptable for others,” she said, adding, “Some people are trying to pinpoint hookah smoking and singing as the main problems of Iranian women. This is totally untrue.”

Hard-liners and conservative members of parliament are against women smoking hookah since they believe that the type of women who smoke it are, for the most part, the same women who don’t cover themselves as well as they should, and they smoke hookah while talking and laughing with men. More important, they greatly resent women sharing the pipe with men while smoking hookah.

Hard-liners have managed to back their stance with credible medical findings, and suggest that enforcing a ban on women smokers — not necessarily men — is vital and urgent.

The idea of establishing separate teahouses specifically intended for women was suggested in 2012, and sparked some anger. The health minister was among the harshest critics, his rationale being that opening such teahouses would equate to encouraging women to smoke hookah.

According to formal statistics published in October 2013, the number of women smoking hookah is twice the number of male smokers in Khorasan and Fars provinces.

Hookah smoking was formally banned for more than five years in Iran, but following a large protest by teahouse owners, the ban was lifted in 2012, and a representative of Tehran’s security corps stated that no orders of a crackdown on hookah had been received by security forces.

It is widely believed that the idea of opening teahouses for women was suggested by the teahouse owners union, who complained of losing more than 80% of their clientele and barely managing to make rent payments. But the head of the union denied this, and stated that the idea was, in fact, proposed by the Cultural Heritage and Tourism Organization.

Mohammad-Reza Masjedi, director of the state-sponsored anti-smoking organization, says girls start smoking at a younger age than boys and that 28% of teenage girls and young women smoke hookah regularly, the highest percentage observed over the past decade.

Official statistics released by the government of Iran show that 50% of Iranian men and 38% of Iranian women smoke hookah, but did not indicate frequency.

Avid Iranian hookah smokers try to cheer fellow smokers on, and have created a Facebook page supporting their recreational activity.

Mahtab, an elementary school teacher who lives in Tehran and enjoys an occasional hookah socially, told Al-Monitor she is frustrated with this vast collection of bans and restrictions constantly imposed on Iranian women.

In a phone conversation, she told me, “No smoking. No drinking. No loud music. No hair showing. No painted toenails. No singing. No dancing. No swimming unless it’s in some covert location intended for women only. No exercise unless it’s in a covered place meant for women only. The list of nos goes on and on, and some of us are truly sick and tired of “no-nos” being enforced on us left and right. Yes, smoking tobacco of any kind or form is a health hazard, but what the heck are we supposed to do for fun? What’s left for us to do?”