Iran and the two Genevas

There is widespread understanding that a nuclear deal on Iran will facilitate progress on Syria. 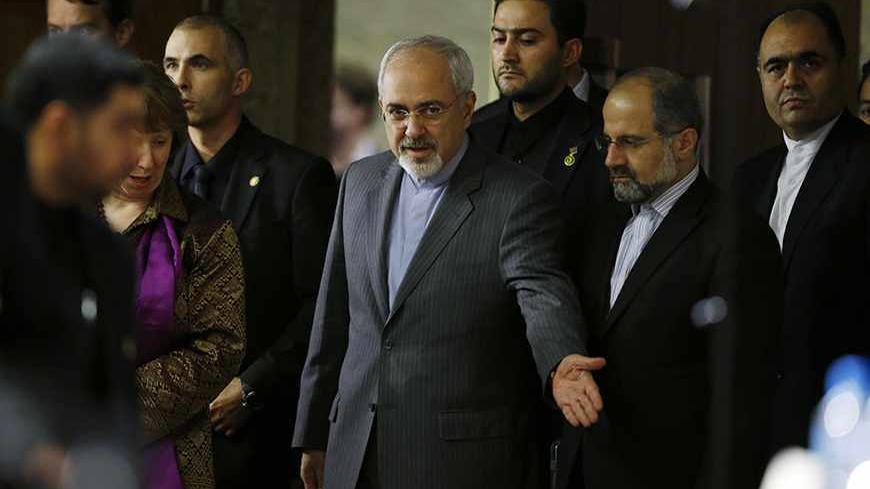 TEHRAN, Iran — Iranian Foreign Minister Mohammad Javad Zarif and his negotiating team are preparing for the next round of nuclear negotiations in Geneva, while another meeting in Geneva, to look into solutions for the Syrian crisis, is yet to be arranged. Both nuclear Geneva and Syrian Geneva are believed to be connected in one way or another, the main link being Iran, which is why many feel that signing a deal to end the dispute over Iran’s nuclear program means that a possible deal on Syria stands to be next.

In Tehran, its difficult to pry loose a single word on what happened in Geneva. Even those who have spoken to Iranian media, including Zarif, have been extremely cautious not to say anything that might affect the progress achieved a few days ago. Even when US Secretary of State John Kerry blamed Iran for being the reason a deal was not signed, Zarif responded on his Twitter account, reminding Kerry that it had not been Iran, but without revealing additional details.

“There is no reason to be tormented,” an official source in Tehran told Al-Monitor. “Iran knows what it wants, and that’s what we are after.” The source explained that a deal on the nuclear front will help get other files in the region sorted. “The Syrian crisis wasn't at the heart of the negotiations, but it was discussed thoroughly during side talks. Moreover, there was an American request that we discuss possible options whenever the nuclear deal is sealed, and that’s why some regional powers asked the French to put their spanners [wrench] into the talks, and here we are.”

The source elaborated on this last point, stressing that Syria was one of the reasons that a deal failed to be reached. “It’s not right to say that Israel and Saudi Arabia didn’t want a deal for the same reason. The Saudis’ main reason was Syria. They don’t want US-Iranian talks on Syria, because they know this will affect their vision there.” He added that this gave the French another good reason to interfere: “They wanted to please Israel, and now they could please the Saudis too, and the latter aren’t pleased for free. So they did whatever they could to [ensure] a deadlock, but this is temporary. Things will not continue this way.”

So what was discussed in Geneva, even if briefly?

“We can say there’s a genuine American will to end the conflict in Syria. At least, this is what our officials understood.” The source then looked at a paper to the side and read from it: “This is what we told everyone, including the Americans. Iran wants to see Syria without terrorists and the Syrian people deciding who they want to rule them. Very clear and concise.” Iranian officials, according to the source, explained to the Americans that there is no chance the rebels or anyone backing them can win on the battlefield. “From Damascus to Aleppo to Homs, the status quo is in favor of the regime, and wherever the regime is not in control, the ones who have the upper hand are al-Qaeda affiliates, so it’s not in anyone’s interest to see them winning. Geneva II is good for the opposition. It’s their chance to find themselves a real place in Syria, or it’s either the regime or the terrorists who will end them.”

The upcoming Geneva meeting of Iran and the P5+1 nations — Britain, China, France, Germany, Russia, and the United States — will be another chance to end the standoff over Iran’s nuclear file, but it might also be another opportunity for the Iranians and the Americans to chat more thoroughly about Syria. “The last meeting was a real icebreaker. People saw that in the faces of both Minister Zarif and Secretary Kerry. Hopefully this will be reflected in [delving] deeper into discussions over other files,” the source confided. “The deal on the nuclear issue will give more potential for other problems in the region being solved. The Americans want this, and we do too. Syria, Iraq, Bahrain, Afghanistan, can all be discussed, but first a deal should be reached on the nuclear matter, for without a deal, we’ll all go back to square one.”