After years of tension, Hamas has reached an understanding with local Salafists that will allow them limited activity if they cease conducting operations independent of Gaza's armed factions. 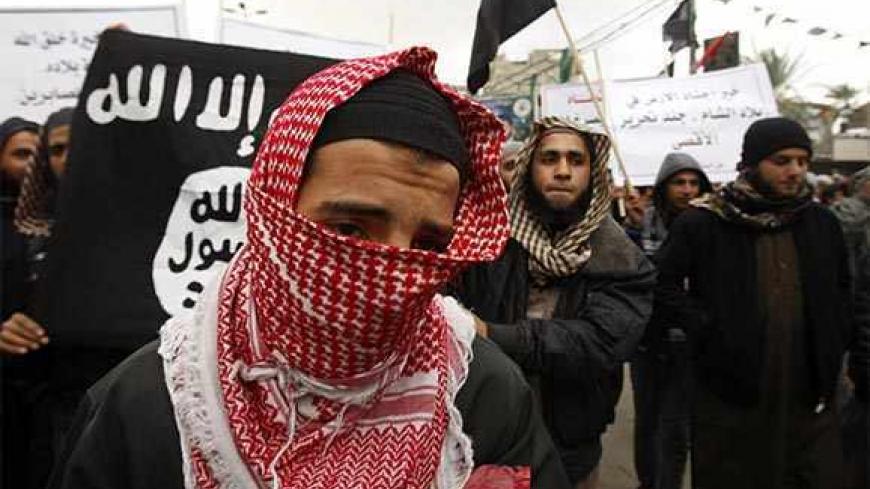 GAZA CITY, Gaza Strip — The relationship between Hamas and the various Salafist jihadist groups in Gaza is in a state of flux these days. As previously reported by Al-Monitor, relations between the two parties were once highly confrontational, but they have since improved.

Early October witnessed the first tepid movement toward a reconciliation between Hamas and the Salafists. This process has been conducted through intermediaries, particularly Muslim clerics from Kuwait and Qatar, accompanied by Sheikh Yusuf al-Qaradawi, who visited Gaza in May to help resolve the outstanding conflicts between the two sides.

A prominent Salafist leader in Gaza who spoke to Al-Monitor on condition of anonymity disclosed that intensive contacts had been taking place with Hamas following years of bloody conflict. He noted that the mediators had put in place a preliminary agreement to end the conflict, which had been threatening to deteriorate further.

The change in Egypt

The questions on the minds of many in Gaza are: What pushed Hamas and the Salafists to trade in their persecutor-persecuted relationship for one of reconciliation and concord? Did recent events in Egypt, where a military coup ousted the Muslim Brotherhood, play a significant role?

The Salafist leader noted that before the ouster of Egyptian President Mohammed Morsi, Hamas would never have loosened its grip on Salafist activity. On the contrary, Hamas had threatened the Salafists with “uprooting” them. But the reversal of the situation in Egypt has impacted Hamas, and possibly driven it to reconcile with the Salafists in Gaza.

Al-Monitor has learned from sources close to Hamas and the Salafists that both sides had discussed an eight-point initiative. It began as a 26-point initiative, but Arab clerics working as outside mediators helped to boil it down to the core issues and played an important role in formulating the text. Furthermore, despite the closure of the border crossings with Egypt, the clerics continued to mediate between the two sides, and followed up with additional supervision from abroad.

A senior security source in Gaza told Al-Monitor that the clandestine meetings held between Hamas and the Salafists have resulted in a final agreement. Some of the items covered by the reconciliation agreement, which Al-Monitor was able to view, include: allowing Salafists to engage in various political, military, social advocacy and other organized activity and the cessation of all campaigns of arrest and persecution on the part of Hamas. Top priority is also accorded to governance stability in the Strip, in order to confront the current security challenges. Further, a joint Hamas-Salafist committee will be formed to address any problems that may arise and potentially generate new crises.

Security circles in Gaza have confirmed that the arrests and prosecutions of Salafists have been almost totally suspended as of late and that, in addition, some 42 detained Salafists have been released from custody. Moreover, the Salafists have refrained from releasing any new statements against Hamas in an effort to calm the situation.

The truce with Israel

Despite the ideological and dogmatic disputes dividing Hamas from the Salafists, the former has been driven to accelerate the reconciliation process with the latter by its fear of Salafist activity against Israel. After all, the Salafists criticized Hamas for concluding a cease-fire in the aftermath of the latest war on Gaza in mid-November 2012, and Hamas has accused the Salafists on more than one occasion of seeking to torpedo negotiations to extend the truce.

Al-Monitor has learned that Hamas is eager to enlist the Salafists' commitment to a “national consensus” concerning any escalation or calming with Israel. Despite this, a Hamas field commanders told Al-Monitor, “We felt the lack of these Salafist groups [on our side] in the last two wars that Hamas fought with Israel, both in 2008 and in 2012.”

Hamas’ efforts to get the Salafists to abide by the terms of the truce with Israel come in the wake of ongoing Israeli complaints to Egyptian authorities about rockets launched from Gaza by Salafist groups. This aggression prompted the assassination of a key Salafist field commander in May, according to Israeli sources.

Likewise, Hamas has demanded in the latest reconciliation negotiations that these Salafist groups abide by the decisions of the Hamas government regarding its military position toward Israel, in accordance with the consensus of the various Palestinian factions. Hamas is seeking the Salafists’ agreement not to launch any rockets or mortars unilaterally because this might drag all parties into another hasty war against Gaza — one which Hamas does not appear ready for at present.

Salafist official Mohammed Abu Jami’ reiterated this point on Oct. 10 when he said that an agreement with Hamas would encompass the Salafists’ adherence to the cease-fire with Israel and would provide for Salafist groups’ ceasing to launch rockets and missiles from the Gaza Strip. In recent weeks, observers have noted that these groups have refrained from claiming responsibility for any rocket attacks on southern Israel.

The future of the relationship

An examination of the relationship between Hamas and the Salafists on the ground in Gaza indicates that they have adopted two fundamental strategies. First, there has been a security crackdown implemented by Hamas' security forces, which have a powerful reputation in Gaza, resulting in the arrest of a number of Salafists. Second, Hamas has adopted a policy of disarming the Salafists on both the ideological and intellectual fronts by relying on the party’s own religious authorities. Hamas-affiliated clerics have managed to persuade a number of Salafists of the error of their ways, and discourage them from continuing along the same path.

Hamas has succeeded in dealing with a number of Salafist groups in Gaza. These include, for example, Jaysh al-Islam, Jama’at Sayfullah, the Tawhid Wal-Jihad Brigades, Majlis Shura al-Mujahidin and the Suyuf al-Haqq Brigades. According to a high-ranking security official in Gaza who spoke to Al-Monitor, these groups’ aggregate size is estimated to number no more than 500 to 700 members.

“Hamas and the Salafists have agreed to establish a joint committee to solve any problem or address any incident that might arise between them," the official said, adding, "This includes operational coordination in the realm of armed action on the ground and action to address problems in the field, spreading the new spirit of reconciliation among the members of both sides, giving one another the benefit of the doubt on political and operational judgements and employing the media platforms at their disposal to get the Palestinian population behind them.”

Oddly enough, Al-Monitor has learned that both sides deliberately refrained — at least in this round of negotiations — from addressing the subject that has been the perennial source of controversy between them: the application of Islamic law. Salafist groups have long held this against Hamas, accusing it of being lax or uncommitted in certain aspects of religious life in Gaza.

The two sides chose to ignore these issues, knowing that they had been a cause of the persistent conflict between Hamas and the Salafist groups, particularly the latter’s demand to establish an Islamic state, apply the hudud punishments (for "crimes against God") and so on. Indeed, this sparked the confrontation that erupted between both sides in the latter half of 2009, given Hamas’s view that these Salafist demands are no more than romantic dreams. In Hamas’ view, they do not accord with the realities on the ground.

Hamas regards the reconciliation as a success in terms of consolidating its security control over the Strip. Furthermore, it constitutes a powerful message to all outside actors who might seek to threaten Gaza that Hamas is able to ensure internal calm despite external pressures. Such a message could have only three recipients: Egypt, Israel and the Palestinian Authority.