The Turkish Justice and Development Party's “silent revolution” guarantees women’s rights as long as they do not clash with Islamic ideals. 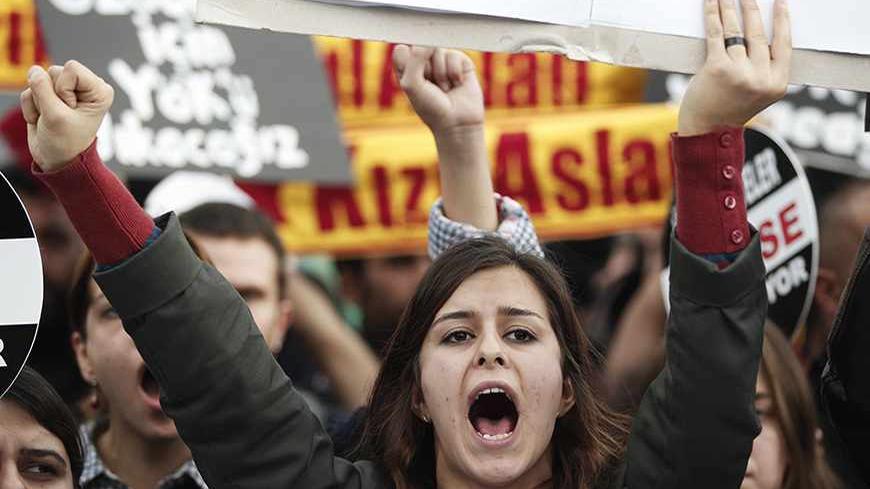 Did you know there are legitimate and illegitimate lifestyles? That is what Turkish Prime Minister Recep Tayyip Erdogan told a Finnish reporter in Helsinki on Nov. 6. After suggesting the reporter was on a special mission to offend him, Erdogan went on to say that during his 16 years in politics, he has “never intervened in personal lifestyle choices.” Erdogan added that whatever the laws say, that is his duty to enforce.

Considering that on his way to Helsinki, Erdogan had enlightened us all on how he instructed the governors to look into the morality of “coed habitation” in private flats by female and male students, we cannot help but question how the separation of powers is affected by the Justice and Development Party (AKP)'s self-coined “silent revolution.”

Although one may debate how "silent" the AKP’s revolution has been in the last decade, I would argue it aims to silence women into accepting a “legitimate” — halal — lifestyle. In this specific case, two issues require attention. First, there is an agency for “Student Credits and Dorms,” which operates under the Ministry of Youth and Sports and is responsible for building and monitoring student housing. Erdogan explained that the AKP has effectively reduced the “coed dorm” trouble by about 75% so far, and that it would not permit the sexes to mingle. The issue is not new. The US State Department's International Women of Courage Award 2012 recipient Safak Pavey, also a member of the Turkish parliament representing the main opposition party Republican People’s Party (CHP), told Al-Monitor she filed a parliamentary query in August 2012 seeking an explanation of why the coed dorms are being turned into single-sex residences. Other CHP members have also sought explanation of the issue without much progress.

Most of the time, these “coed” dorms have separate buildings for women and men, but share facilities such as cafeterias. However, the AKP has decided this is not acceptable and is introducing “positive discrimination to benefit women” by turning the existing dorms — which tend to be either on campus or close to campus — into female-only residences and assigning men to different locations. Minister of Youth and Sports Suat Kilic, however, argues this is not an Islamic, but "human” separation and calls the practice positive discrimination for “girls.” Kilic’s lines are peculiar since his father-in-law, Ali Yuksel, is an advisor to Erdogan and is candid about his own polygamous lifestyle. According to Turkish law polygamy is not legal, but according to Islam, it is permissible. Erdogan has not uttered a word about polygamous lifestyles being "illegitimate" or "immoral." As one can see, there are significant gaps between existing family laws and regulations and the ones desired by the ruling party.

The supervision of student housing delves into the private sphere of one’s personal choices. Erdogan has expressed the need to increase governors' legal rights so they can have access to private flats and regulate them. Erdogan also made it clear that it was not acceptable for a woman to share a flat with an unrelated man. Pavey told Al-Monitor, “I see that Turkey is evolving into a scary 'governor' state.”

Deputy Prime Minister Bekir Bozdag explained, “The government is carrying out its constitutional duty to protect youth.” Considering these “children” are mostly over 18 and in college, the mere question of why the government needs to protect them is baffling. However, the AKP made a similar argument when changing the rules on alcohol consumption as well. Here, AKP elites were certain that they were protecting the “girls’ honor” because, they explained it is females who are at risk. The argument resembles the way the Egyptian Muslim Brotherhood demanded for decades and finally launched women-only buses and train cars labeled as “transportation that respects women.” Turkey has not yet reached the point where it demands women taxi drivers (a common phenomenon in Tunisia and the United Arab Emirates), as a woman should not ride alone with a male driver, but one can imagine it will happen rather soon. The much-contested question is whether separation is segregation or protection.

The "silent revolution" has surely paid attention to women. In the last 11 years, the budget reserved for “social policies” has multiplied, and the AKP prides itself with “positive discrimination” for women. However, every day another rape case makes the headlines, and still the government cannot alter the outdated criminal code for rape in the case of minors. Indeed, Turkish laws still state that if the rapist agrees to marry the victim, he does not have to be punished. In addition, the courts seek a medical document certifying “bone age,” which is used to rule in most cases that the minor is indeed an adult. The justification is a dated one, which argues that many birth records are not accurate. However, when purchasing alcohol or casting a vote, no one would accept a doctor’s note on one's “bone age.” For many victims that are minors, this “bone age” document means their rapist gets to walk free or with minimal punishment.

A simple Google search in Turkish provides dozens of rulings to the effect that the “victim, mentally disabled, did not scream during intercourse, which indicates she consented to sex and the case cannot be considered rape.” Another notorious case gave the bare minimum punishment to 24 men who were charged with raping a 13-year-old. The reasoning was noted as “13-year-old consented to sex.” Analyzing the numbers of honor killings, child marriages and other violence against women, there has not been any significant legal progress. Indeed, Family and Social Policies Minister Fatma Sahin was quoted as defending Erdogan’s “at a minimum, bare three children" policy as “scientific” during a recent conference discussing child brides and how the government has failed to protect minors. The AKP does not talk about orphanages, rape of underage, mentally ill or disabled victims, sexual harassment in public or women and children being physically abused by the men in their families. Sadly, these violent crimes are much more frequent than instances of female and male college students sharing flats in Turkey. Which political party would stand in the AKP’s way against harsher punishment for rapists?

Editor of Amargi Magazine and professor of communications Aksu Bora told Al-Monitor that the Family Ministry’s attempts to curtail violence against women have mostly failed. Also, many women’s associations warned the ministry about the potential deficiencies of these projects. Bora explained that these were mostly ill-fated because they were not designed around the women in need.

We need to face the ugly truth that Turkey ranked 124th among 135 countries in the gender-equality index of the World Economic Forum in 2012, falling behind Qatar, Bahrain, Lebanon and Jordan. If we question whether the AKP has been progressive in terms of women’s rights and freedoms, we must answer that some women have benefited under AKP rule, but their gains have been at the expense of the majority of others, and the issue is not really moral but rather economic. For women without economic guarantees, morality arguments weigh heavy upon their shoulders.

The AKP delivers its promise of “high doses of morality to poor masses.” We must be honest: Turks lacked significant political freedoms before the AKP’s "silent revolution," but through this revolution, many factions of Turkish society — particularly poor women — are incurring further losses.