After the Turkish prime minister expressed his support for gender-segregated living on college campuses, concerns about domestic privacy were mounting. 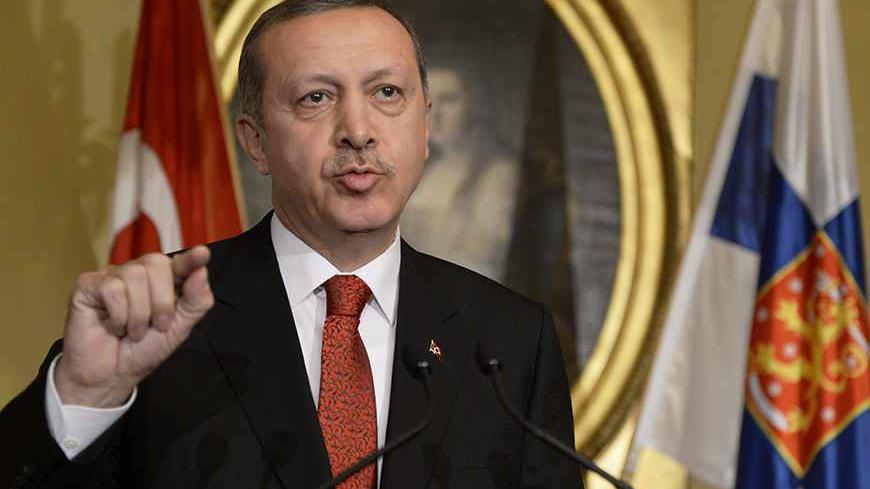 It all started with the leak of remarks made by Prime Minister Recep Tayyip Erdogan at a closed meeting over the weekend. According to media reports, Erdogan said university students — boys and girls — were sharing flats in the western province of Denizli due to a shortage of dorms, and that this was unacceptable. “Students, boys and girls, are living together in the same homes because the dorms are insufficient. This is incompatible with our conservative democrat nature. I’ve seen this in Denizli. I’ve instructed the governor. Whatever is necessary will be done,” Erdogan was quoted as saying.

Government spokesmen, however, were quick to deny the alleged remarks. Deputy Prime Minister Bulent Arinc and Erdogan’s chief adviser Yalcin Akdogan both dismissed the reports as fabrications and said that Erdogan had actually referred to dorms and “apart” accommodations housing students.

The controversy was beginning to fade when Erdogan appeared before the media and confirmed he did make the remarks. He asserted he stood behind his statement: “I’m not a person to deny what I have said. We have failed to meet the demand for dorms in some places, which has led to problems concerning accommodation in [private] homes. Our security forces are receiving intelligence about those places, our governors are taking action. Why is this a reason to be annoyed? Those flats are being reported by neighbors in the same buildings. It is unknown what is going on there. All kinds of messy things are happening. Parents are crying out, ‘Where is the state?’ We have to show where the state is.”

Erdogan did not stop there and indicated explicitly what action the state could take: “The governors already have authority, and we want them to be more active on the issue. If need be, we could also pass a legislative arrangement.”

The Justice and Development Party (AKP) government has been making a special effort recently to separate the dorms for male and female university students. The Youth and Sports Ministry has launched a drive to make sure that male and female dorms are not located on the same campus.

Erdogan’s remarks, however, indicate that the government intends to also prevent male and female students from sharing homes. Yet the “legislative” arrangements he mentioned appear quite problematic in the context of the Turkish legal system.

Article 20 of the Turkish constitution states: “Everyone has the right to demand respect for his/her private and family life. Privacy of private or family life shall not be violated.”

Under current Turkish law, police cannot enter a home without a judicial order unless a crime punishable with a heavy sentence is being perpetrated inside the property at that very moment.

Erdogan’s remarks about legislative measures brought to mind the controversy in 2004, when he insisted that adultery would be criminalized, but then backed down. Erdogan said at the time that the government was working on new penal code provisions that would make it a crime for spouses to have extramarital sexual relations. The draft, however, was shelved following public outcry and harsh European Union criticism.

Even if the government criminalizes adultery or introduces legal provisions facilitating the police’s entry to residential spaces, none of those arrangements are likely to have any validity vis-à-vis the international conventions that Turkey has signed.

This means that legislating provisions like the one Erdogan mentioned seems impossible unless drastic steps are taken to retract Turkey’s signature from the said international conventions or amend the constitution. Yet, that legal provisions are impossible or at least hard to legislate does not mean that the government cannot intervene in people’s private lives on the ground.

Shortly after Erdogan spoke, the governor of Adana, Turkey’s fourth largest province, declared that the prime minister’s words amounted to an order for him and that he would take the necessary steps for the protection of the youth. In Isparta, meanwhile, a high school was reported to have introduced an arrangement segregating boys and girls during lunch.

No doubt Erdogan’s words will greatly increase social pressure on people with secular lifestyles. It is not hard to foresee that the self-styled morality guardians of neighborhoods and apartment buildings will now feel emboldened to harass unmarried couples or men and women sharing homes.

Some building managers appear to be already taking action and assuming the role of “morality police.” A message, pasted on the entrance of a building in Istanbul’s Uskudar district right after Erdogan’s speech, illustrates clearly what pressures men and women sharing a home will face. “Some people in this building are staying together, boys and girls. This is inappropriate for the building and the apartment block. When you see such people, report them to the police,” the message read.

In fact, all this demonstrates that Erdogan and his government have failed to learn any lesson from the mass demonstrations that simmered across Turkey in June. “Hands off my private life!” was one of the most popular slogans of the protests.

Yet Erdogan is still encouraging governors, public administrators, building managers and neighborhood folk to act as “morality police” and meddle in people’s private lives. And the “morality police” appear to have enthusiastically assumed their duty.