Erdogan risks losing loyal supporters with another divisive debate about the role of the state in people’s lives. 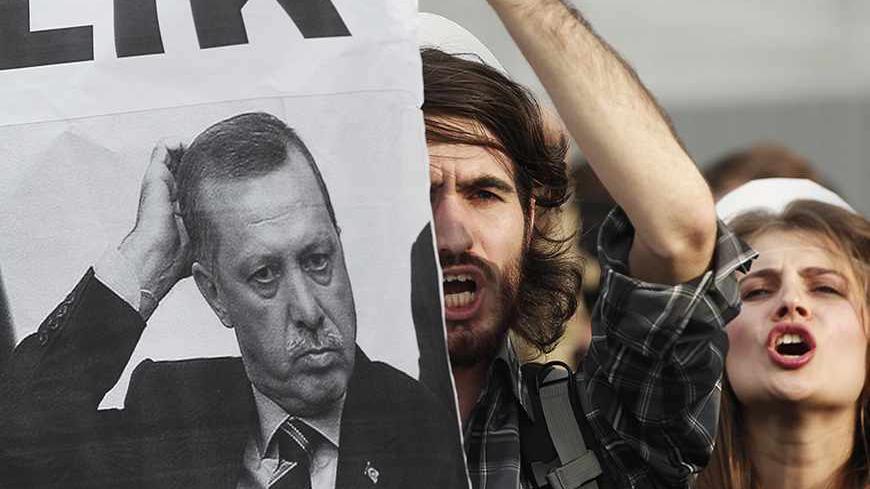 He did it again. In a move bound to intensify the debate on the growing polarization at home, Turkey's Prime Minister Recep Tayyip Erdogan once more stands as the architect of a fresh controversy, stirring fear and anger among the secular, urban parts of the country, also gambling for possible divisions within the conservative majority.

It was the daily Zaman that broke the story. At a closed party meeting near Ankara over the weekend, Erdogan, the paper reported, directed a harsh critique on mixed-gender university student cohabitation in cities.

He gave the example of Denizli, a city in west Anatolia. “Insufficient dormitories create many problems. Female and male university students are staying in the same residence without being supervised. It is against our conservative-democratic line. I gave instructions to the governor on the issue. They will in some way be inspected,” he was quoted as saying.

These words were enough to unleash a storm in the public debate, especially in social media. As the discussions intensified, some of the Justice and Development's (AKP) lead figures tried to extinguish the fire — an exercise that has now become part of the AKP government's routine regarding Erdogan's statements — both at home and abroad.

It was Bulent Arinc — the government spokesman and an elderly founding father of the AKP — who accused the press, calling the story a fabrication. He said Erdogan gave no such order.

Instead, Arinc said that Erdogan had ordered the authorities to increase the number of dormitories to address the needs of universities. Noting that there are more than 3 million university students and many opting to live in private flats due to the lack of sufficient space in dormitories, he said the government would not take on inspections.

Yalcin Akdogan — Erdogan's chief political adviser — also commented on the issue on his Twitter account, claiming that Erdogan did not mean students' houses, dormitories and hostels but “other places” that are not subjected to any control. He said because these “other” student residences are unregistered and uncontrolled, they are abused by "illegal organizations" and cause problems.

But the day after, Erdogan stood by his words. "I never deny anything I say, because I am a characteristically different kind of politician,” he said, according to the daily Zaman.

“We never permitted female and male students to stay in the same dormitory and never will. In some regions, students stay in houses when there is a lack of space in dormitories. We receive intelligence on what goes on in these houses. Very intricate things probably. Anything can happen [in those places]. Then, parents cry out, ‘Where is the state?' … These steps will be taken to show that the state is there. As a conservative-democratic government, we need to intervene," Erdogan added.

After "lecturing" at a press conference on Nov. 5, two female reporters asked persistent questions. He delivered the coup de grace when he asked them in return how they would feel if their children shared an apartment with students of the opposite sex.

He concluded, "If necessary, we shall make due changes in the law [to intervene]," hereby voicing his expectations that the provincial governors should act now.

Few doubt that his "wishes" will not be followed up by profoundly career-sensitive local bureaucrats.

As the storm intensified, the opposition was quick to react. Kemal Kilicdaroglu — leader of the Kemalist Republican People's Party (CHP) — said Erdogan's real problem is with coed education and that he aims to turn Turkey into a Middle Eastern country.

"Everyone, every citizen — women in particular — should be aware of this. Women in Saudi Arabia are struggling to be granted the right to drive. If you come across such a ban tomorrow, don't be surprised,” Kilicdaroglu said.

But the wave of emotions running high surpass the opposition parties. Turkey — now entering intense, nasty consecutive election campaigns — is being severely politicized, and what is worse, polarized on even sharper edges.

Erdogan is on the lead, many argue, to pour oil on the fire, to widen the social cleavages, in his seemingly brakeless drive for more and more votes.

The key question — each time he utters remarks on the cultural diversities and lifestyles — deepens doubts among the secular voter segments that there indeed is a hidden agenda, which is about a creeping Islamization in Turkey.

For others, who observe the AKP with more caution, it is a defining question of whether or not a military-guided, ultra-secular social engineering model is now replaced by a conservative-religious one.

Since rising to power in 2002, Erdogan has frequently faced accusations of meddling in citizens' private lives. He attempted — albeit unsuccesfully — to criminalize adultery. He has repeatedly encouraged families to have at least three children and told women to avoid cesarean sections and abortions.

When the AKP passed restrictions on the consumption and sale of alcohol, he loudly defended the step as "the dictate of my religion" — meaning Sunni Islam. Given his staunch drive to micromanage any issue he can possibly think of, there are less and less people who give him the benefit of the doubt that he can deliver a full reform on individual rights and freedoms.

Two developments are noteworthy. First, there seems to be a much wider consensus in the public debate that Erdogan is on the wrong track, now defying the basic constitutional values. Even his most devoted defenders have now marked a distance to his latest moves.

The second development concerns his own party. In the way he conducts his personal policies he appears as a ruthless sideliner of even his closest brothers in arms. It is now the second time, after the Gezi Park protests, that he has discredited Arinc, co-founder of the party and a conservative politician of high integrity. If Arinc, who has been humiliated, resorts to silence or quits his position as spokesman altogether, it should not come as a surprise.

It is now Erdogan's personal political fight to garner more than 50% voter support, to be elected as president in summer 2014. The latest move exposes a politician who has decided to drive polarization to its very dangerous edge, testing the institutional patience — a split? — of the AKP, the very party which many in Turkey still realistically regard as the sole engine for normalization.