Israeli media fails to inform the public on the alternative interpretation of the Iran nuke deal. 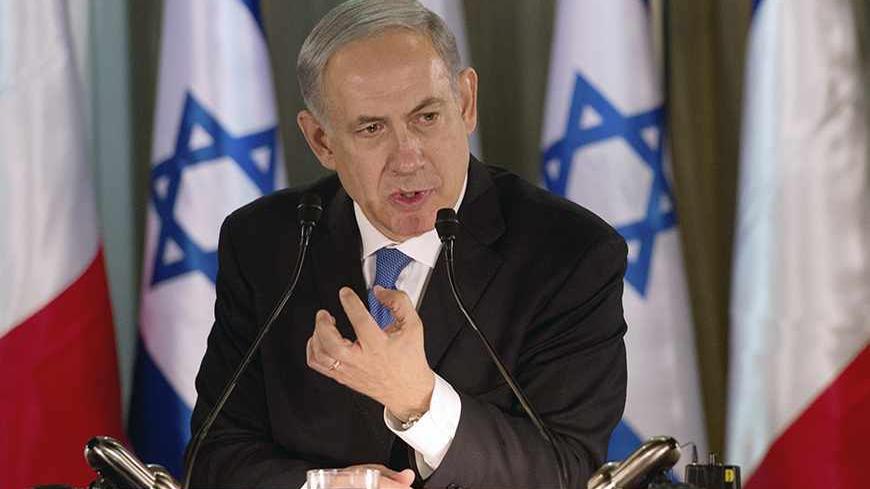 Poll results that were released during the weekend of Nov. 15 in the Yisrael HaYom newspaper showed that 65.5% of Israelis oppose the agreement with Iran that is being formulated in the Geneva talks. True, the poll appears in a paper whose publisher, Sheldon Adelson, is a friend of the prime minister and its official editorial policy is unqualified support for Prime Minister Benjamin Netanyahu. However, other polls present a similar tendency. Israel does not believe that Iran is really changing.

In addition, a poll by Kol Israel (Israel's state radio Channel 2) shows that 55% of the Israeli public distrusts the United States with regard to the nuclear talks. In other words, they feel that the US is being led astray, as if it were a paper tiger.

Polls do not always reflect public opinion, and one needs to pay close attention to the phrasing of the questions. But in this case, there is no doubt that the Israeli public, which has heard about the Iranian nuclear threat day and night from Netanyahu, closes ranks with him.

How has Israel come to doubt American credibility and capability, when the United States is Israel’s greatest friend? Why has Israel come to view the promises of US presidents (including President Barack Obama) regarding Israel’s security as promises without cover, promises that cannot be trusted? And how has Netanyahu’s obsessive mindset regarding Iran become almost a clear consensus in Israel?

The answer to these questions is that other voices have fallen silent. Facts that present a different approach to the nuclear issue do not succeed in permeating the fortified bastion surrounding Israel’s official line, according to which today’s Iran is one and the same [as the Iran under Ahmadinejad] — in other words, an Iran that conspires to produce an atom bomb.

The widespread Israeli newspaper Yedioth Ahronoth reported on the last International Atomic Energy Agency (IAEA) report on Nov. 15. This report states that President Hassan Rouhani’s Iran has almost completely halted its expansion of centrifuge facilities in the last three months, and that the facts on the ground prove that this is not because of technical difficulties but the result of a diplomatic decision characterizing Iran’s new leadership. But the paper did not let the IAEA facts allow it to part from the party line, and provided the following headline in big letters: “Slowdown on the way to the bomb.”

Headlines of other newspapers also do not stray from Israel’s official position, according to which Rouhani’s Iran is making a fool of the whole world in general, and of the United States in particular.

Last month, Head of Military Intelligence Directorate Aviv Kochavi submitted a position paper to the political echelon in which he argued that a political-strategic change has taken place in Iran since Rouhani’s victory in the recent elections. However, this did not make a dent in the official Israeli line or in most of Israeli public opinion.

Present and former highly placed officials in the defense system who are not in total agreement with the path that Israel is taking toward isolation, have been very careful so far in what they say. Their criticism is expressed cautiously and mildly; no one really wants to confront a determined prime minister who seems to be willing to go all the way, even at the cost of a severe crisis with the Obama administration.

No one openly describes the dangers lurking for Israel in the loss of credibility and deep friendship with the United States. True, former Military Intelligence Directorate Head Ze’ev Farkash warned that the controversy between Israel and Washington adversely affects Israel’s position and legitimacy, while former minister Dan Meridor spoke against Netanyahu’s oft-quoted comparison between Iran and Nazi Germany. Nevertheless, most of the public in Israel still knows very little about the details of the talks underway in Geneva, the significance of uranium enrichment to the 20% level and what the Treaty on the Non-Proliferation of Nuclear Weapons (NPT) is.

Most of the media outlets in Israel (and not only Yisrael HaYom identified with Netanyahu) flout the events taking place a mere five-hour flight distance from Jerusalem. In effect, the only newspaper (besides Al-Monitor) that sent a correspondent to cover the progress in the talks between Iran and the powers in Geneva is Haaretz. Its diplomatic Correspondent Barak Ravid was interviewed on the army radio station by journalist Ilana Dayan, during which Ravid took the unusual step of imploring newspaper editorial boards to send their correspondents to Geneva — competing correspondents, in fact. He said that he wanted them to see with their own eyes that the talks are not a mere circus and that the Americans are not suckers. But his words fell on deaf ears.

Yes, Israel has reason to be suspicious of Iran’s intentions. After former Iranian President Mahmoud Ahmadinejad’s intimidating government, it is allowed and even desirable to be skeptical of Rouhani’s intentions of halting the race to the bomb. But at the same time, we must not close our eyes and ears to the gamut of other reports and voices that differ from Netanyahu’s recurring declarations and threats on the subject.

The Israeli public has the right to hear other facts and formulate its own original opinion, especially with regard to such a fateful issue as the Iranian nuclear plans. Till now the public has only heard the truth of the prime minister, compared to mere crumbs of information from the rest of the world. Until  now, the public has only heard doubts about the political-diplomatic solution to the issue, along with an insistence to stand firm and make threats to attack. But an assault has a price and, according to many experts, would not destroy the Iranian nuclear project. It would only slow it down in the short term, and speed it up in the long term.

Following the Yisrael HaYom poll, we would be wise to carry out an additional poll. Israelis should be asked if they are for or against an attack in Iran that could develop into a war with hundreds of casualties. Would 65% of Israelis still vote in favor? I doubt it.