The whole episode has become an oxymoron of noisy speechlessness. 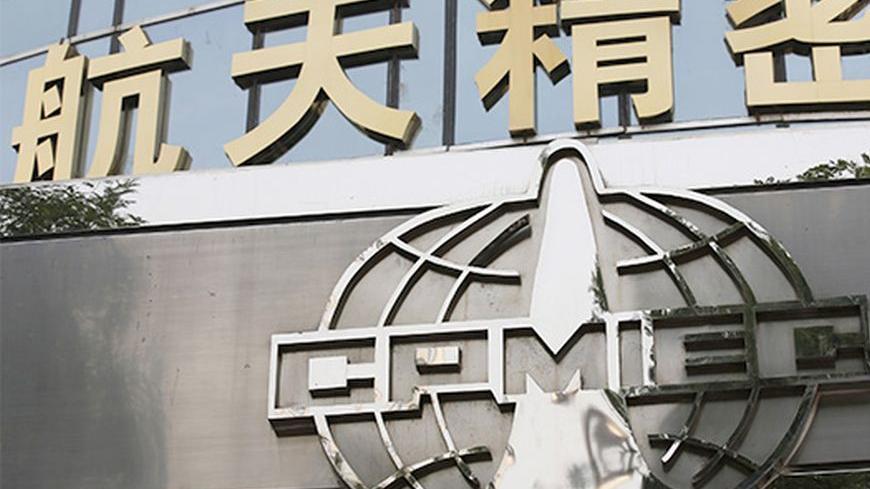 NATO member Turkey has chosen a Chinese defense firm that has been sanctioned by Washington to co-produce a $4 billion long-range air and missile defense system. The China Precision Machinery Import and Export Corp's headquarters is in Beijing, Sept. 27, 2013. - REUTERS/Kim Kyung-Hoon

It has been two weeks since Turkey announced its preference for a Chinese-made long-range air and missile defense system.

In a country like Turkey, where the daily agenda changes several times a day, this is ample time for the missile issue to drop from the agenda and be slowly forgotten. But it doesn’t appear as if the United States and NATO are likely to forget it. At the moment, it is not clear if the bill will be made out to Turkey and if so, to whom. But if Turkey is a country that will remain in the Western collective security system, it is obvious that the option of jointly producing a missile system with China is not very much in the cards.

The missile defense system bidding Turkey first announced in 2009 actually goes back six more years. On the day Turkey announced its decision to go for Chinese Precision Machinery Import and Export Corp., in bidding that included an American consortium of Raytheon, which produces Patriot missiles, and Lockheed Martin and a French-Italian partnership, by chance I ran into some senior American diplomats in a meeting.

Although they were not talking anything but Turkey’s choice of China, you could easily see that they were absolutely speechless. The next day in another international meeting, I was with a group of Western security and defense experts including a former UK minister of defense. They too were speechless about the news.

For me, this was an oxymoron of the noisiest speechlessness.

Americans were saying that they had warned their Turkish counterparts repeatedly for a long time. They were sure the news would have shock effect in Washington. Nevertheless, for the past two weeks there was no public reaction either from Washington or NATO headquarters. The silence of the United States and NATO and the volatility potential in Turkey’s relations with the West is yet another oxymoron.

Despite all that strange silence, Turkish officials led by the minister of defense, whose name is not known by vast majority of the Turkish public, including this writer, tried to explain that the Chinese offer was accepted purely on "economic-technical basis." Foreign Minister Ahmet Davutoglu, whose name is known by all, one week later made a hazy statement aiming at damage minimization in Turkish-Western relations by saying, "The bidding decision is not final."

Circles close to Prime Minister Recep Tayyip Erdogan adopted an apologetic attitude by writing in the government-controlled media about the linkage between the Chinese decision and Turkey’s national interests.

It is true. The Chinese bid is $1 billion less than two others. This is not a sum that can be ignored when economic forecasts are bleak.

Turkey’s preference for the Chinese company is not only because of their lowest bid. China is reported to have offered generous technology transfer terms, including the construction of a new technology park next to Istanbul’s second international airport, which is on the Asian side of the city. As the expert analysis of the Turkish think-tank Edam (Centre for Economics and Foreign Policy Studies) points out, "Ankara’s focus on co-production may have detracted from its effort to provide a capable defense against ballistic missile attack." ("Turkey Goes Chinese for Missile Defense," Aaron Stein, Can Kasapoglu, Sinan Ulgen, EDAM Discussion Paper Series 2013/12, Oct. 7, 2013)

Such a reason could justify the Chinese choice. But when you combine it when other signs emitted by the Erdogan government over the past year,  Edam’s reasoning could be considered a bit naïve.

We should not forget that Erdogan in his TV interviews toward the end of 2012 was voicing Turkey’s perspectives about the Shangai 6, his wish for Turkey to become a full member of that group and listing the reasons why Turkey could prefer the Shanghai 6 over the European Union.

At that time, Erdogan’s words did not have much of an impact, for some felt that it could be a diplomatic maneuver for Turkey to improve its bargaining position against the European Union, which had been blocking Turkey’s entry.

Over the past 12 months, Turkish-EU relations have not been on a pleasant course. Chief negotiator Egemen Bagis, who is also the minister responsible for EU affair, has been reacting to EU with criticisms bordering on insult  every time he opened his mouth. Erdogan went beyond Turkey-EU relations by lashing out at the EU for not calling the coup in Egypt a military coup.

Of course here we must also take note of the damage caused by Gezi Park protests on Ankara government’s views about the West. The criticisms of Erdogan for his hard and inflexible attitude toward Gezi emanating from the United States and Europe expanded the rift between the West and Turkey.

Worse, Erdogan and his associates chose to assess Gezi events as a "Western-sourced plot" aiming to remove them from power. Never mind if they really thought so or found such way of thinking beneficial to improve their standing with their constituencies, this discourse became a source constant hostility against the West.

When you bear in mind such a background, Turkey’s awarding of the missile defense system to China over American and French-Italian companies can be explained not only with economic reasons but political-ideological considerations  well.

In the executive summary of Edam’s analysis it says, "Indeed, if eventually Turkey deploys a Chinese anti-air- and missile-defense system, the system will probably not be able to be integrated with NATO early warning radars. Moreover, Ankara will not be able to integrate the HQ-9 with NATO’s missile defense shield. This will handicap both Turkey and NATO in their efforts to create seamless layered missile defense systems."

NATO has a rule that requires interoperability between the systems of its members. Therefore a non-operable ballistic missile system can be seen as a "red line" for NATO. Hasn’t Turkey crossed this red line by deciding on China for its ballistic missile defense system?

Turkey is behaving like a non-aligned country of 1970s. Its foreign policy and concepts of security and defense resemble more that of a non-aligned nation instead of a NATO country.

Can there be a NATO member with non-aligned foreign policy?

That is also an oxymoron situation which is more important than whether it is A sustainable situation.

As long as Turkey is indispensable to the West, perhaps it is not that impossible to sustain an oxymoron case.

Cengiz Candar is a columnist for Al-Monitor's Turkey Pulse. A journalist since 1976, he is the author of seven books in the Turkish language, mainly on Middle East issues, including the best-seller Mesopotamia Express: A Journey in History.