Washington is upset by Prime Minister Erdogan’s decision to enter into negotiations to purchase an air-defense system from a Chinese state company under sanctions by the United States. 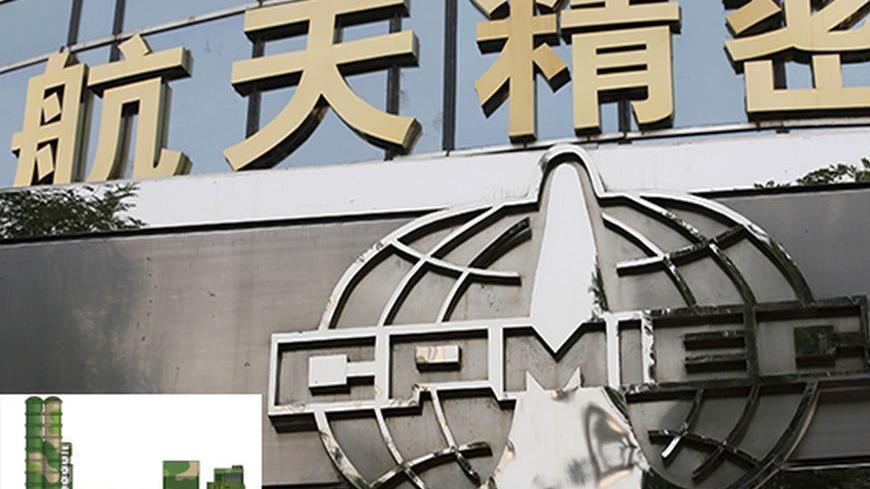 The logo of China Precision Machinery Import and Export Corp is seen at its headquarters in Beijing, Sept. 27, alongside an inset of the launcher vehicle it will produce for Turkey. - REUTERS/Kim Kyung-Hoon

Washington has reacted with concern over the decision of Turkey's Defense Industry Executive Committee (SSIK), the absolute authority on the country's defense projects and procurement, to acquire China’s FD-2000 system to fill the NATO member's high-altitude and long-range air defense gap. The committee met on Sept. 26 with Prime Minister Recep Tayyip Erdogan to enter into contract negotiations with the state-owned China Precision Machinery Export-Import Corporation (CPMIEC).

Two days after the SSIK meeting, on Sept. 28, a spokeswoman for the US State Department told Reuters, "We have conveyed our serious concerns about the Turkish government's contract discussions with a US-sanctioned company for a missile defense system that will not be inter-operable with NATO systems or collective defense capabilities. Our discussions on this issue will continue."

The sanctions to which the spokeswoman referred were applied because CPMIEC violated the Iran, North Korea and Syria Nonproliferation Act, enacted in 2006 by the United States, to prevent the proliferation of weapons of mass destruction and ballistic missile technology to the countries cited in the laws title. The company's FD-2000 system overtook the Patriot (Raytheon and Lockheed Martin, United States), SUMP/T Aster-30 (Eurosam, French-Italian) and S-300 (Rosoboronexport, Russian) missile systems in the international bidding, which had been ongoing for almost seven years.

The Chinese system, similar to the Russian S-300, has two major advantages: a total cost $3 billion less than the other systems and the possibility of coproduction that would allow technology transfer. Coproduction and priority for technology transfer is a state policy Ankara has been implementing in foreign defense purchases since the second half of the 1970s. Of course, these two advantages are not enough to fully understand the SSIK decision because, above all, it is a political decision with far-reaching implications.

If Turkey, a NATO member, had decided on a Western-made missile system, the choice would not have entailed taking on so much responsibility, but as the decision is certain to affect Turkey’s relations with the United States and NATO in a generally negative way, whoever made it has assumed a historic responsibility. In Turkey, no one except Prime Minister Erdogan could have selected the Chinese system. As such, all historical and political responsibility for the decision as it relates to Turkey's security and its predictable effects on relations with its allies lies at Erdogan's feet.

The debatable aspect of the selection in terms of Turkey's security was voiced by the State Department spokeswoman when she noted that Ankara had selected a missile system that "will not be inter-operable with NATO systems orcollective defense capabilities."

The US statement also rejects from the outset any efforts Turkey might make to ensure interoperatibility of the FD-2000 with NATO systems. This simply means that in the case these missiles are indeed purchased for the Turkish military, even if integration and standardization of the system with NATO's is feasible, it is not going to happen. Obviously system integration would create the risk of China having access to NATO infrastructure and secret data on the alliance’s radar and missile systems. Even if we assume that Turkey could somehow achieve system integration while eliminating such a security risk, the reaction from Washington will naturally be followed by a similar reaction from NATO, effectively closing this avenue.

On the other hand, it is also a fact that NATO cannot provide Turkey, which does not have its own high-altitude, long-range missile defense system, a comprehensive defense against the ballistic missile threat it faces from its neighbors. For example, at present six NATO Patriot batteries are deployed at Adana, Kahramanmaras and Gaziantep against a Syrian ballistic missile threat while it is known that at least three times as many batteries are needed for comprehensive defense of the region. It was at Turkey’s requests that NATO Patriots were deployed in Turkey’s southeast during the 1990–1991 Gulf War and the 2003 occupation of Iraq by the US-led coalition.

An article by Sinan Ulgen and Aaron Stein on Carnegie Europe’s website notes an interesting result from a "crisis management simulation" conducted in 2002 at NATO’s Brussels headquarters involving a ballistic missile threat to Turkey from Amberland, an imaginary southern neighbor. In the one-week exercise, the functionality of the fifth article of the alliance was tested for the first and last time. The result was that the allies could not adopt a joint position to overcome the threat of ballistic missiles with chemical and bacteriological warheads aimed at Turkey. While Turkey and the United States insisted on a preemptive attack against Amberland when it represented Iraq, Germany, France and Spain wanted a political solution to the crisis.

All these negative elements played a part in Turkey’s decision to obtain its own high-altitude, long-range air defense system. Nevertheless, Ankara's preference for a Chinese system in lieu of a Western system cannot be explained by a lack of confidence in NATO. Erdogan’s choice is yet another indication that the gap between Turkey and the Western alliance is widening.