If Turkey moves ahead with the purchase of a Chinese missile defense system, Ankara will be opting out of a NATO system. 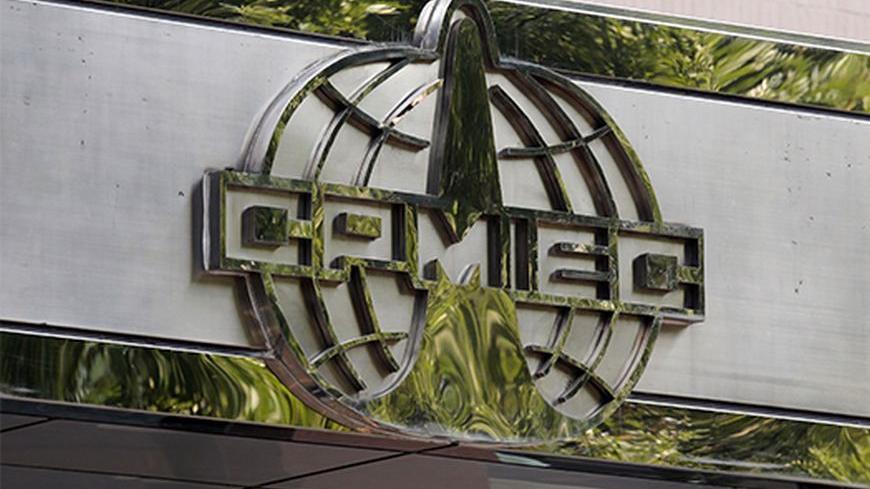 The logo of China Precision Machinery Import and Export Corporation (CPMIEC) is seen at its headquarters in Beijing, Sept. 27, 2013. - REUTERS/Kim Kyung-Hoon

The controversy surrounding NATO member Turkey’s decision to opt for a Chinese missile defense system continues to grow as NATO and Washington make no secret of their annoyance over the choice. For supporters of Prime Minister Recep Tayyip Erdogan, however, the debate has turned into an issue of independence and national honor. Meanwhile defense analysts say the country’s security needs are being compromised, amid all the rhetoric, at a time when threats to national security are increasing.

Turkey said in September it would start talks with the China Precision Machinery Import and Export Corporation, or CPMIEC, for the FD-2000 missile defense system. The deal is said to be valued at $3.4 billion. CPMIEC is currently subject to US sanctions for supplying military technology to Iran, North Korea and Syria.

Turkey’s preference for the Chinese system sent shock waves through Western defense industry circles and governments. Media speculated whether this showed Ankara was drifting away from the West. “Has Turkey, a member of NATO for 61 years, parted company with the West?” the Financial Times asked on Oct 20.

Turkish officials deny this and say the choice was made on economic and technological, not political, grounds. Turkey has always sought a “technology transfer” dimension to its defense industry contracts, to become more independent in terms of its security needs.

Turkey has sought a national missile defense system since the Iran-Iraq war in 1980-88, when the Russian-made Scud missiles flung by these countries at each other alerted Turkish military planners to a risk the country could face in the future. That risk has become much more real as a result of the Syrian civil war.

Government sources say the Chinese offer undercuts other bids by at least $1 billion and includes clauses on the transfer of technological know-how. Ironically, the debate among Turks about the need to reduce dependence on the West only heated up after NATO and Washington went public with their unfavorable views on Turkey’s choice of China.

Much of the current NATO-bashing in Turkey, however, disregards Ankara’s continuing dependence on the alliance. This point is vividly demonstrated by the deployment of Dutch and German Patriot missiles under NATO’s command near the Syrian border to protect against possible missile attacks from the Bashar al-Assad regime.

In 2012, Turkey also permitted NATO to deploy its advanced early-warning radar system in Kurecik, near the eastern town of Malatya, whose main function, according to NATO and US officials, was to guard against the growing missile threat from Iran.

There is no suggestion from any government official that Turkey is preparing to downgrade its ties with NATO.

Defense analysts agree that moving in that direction would severely harm Turkish security interests, since Turkey does not have the capacity to fill in the gap that would result from dumping NATO. Tellingly, Erdogan and other government officials have also started saying the decision to begin talks with CPMIEC is not final.

Some diplomats consider this to be the prelude to a climb-down by Ankara, which they maintain will opt against the Chinese system in favor of a system that can be integrated with NATO’s infrastructure. That possibility cannot be brushed aside after top NATO officials indicated that Turkey would not be allowed to plug the Chinese system into the alliance’s network.

Lt. Gen. Frederick Ben Hodges, the commander of NATO’s Land Command Headquarters in the Turkish port city of Izmir, made this point bluntly in an interview with CNN Turk. “Every sovereign nation is free to invest in whatever military technology they want,” Hodges said, but added that being a part of an alliance had “requirements of interoperable systems, principles and mechanisms.”

Citing “cybersecurity reasons” and other similar concerns, Hodges said, “NATO will never allow, in my view should never allow, a Chinese-designed system to be able to plug into the NATO Integrated Missile Defense System.”

Such remarks anger Erdogan and force him to be seen as holding his ground in the name of Turkish independence and national honor so as not to provide fodder to his political rivals. “Nobody has the right to overshadow our understanding of independence,” Erdogan told reporters in Ankara on Oct. 23, just before departing to Kosovo, when he was asked about reactions against Turkey’s choice for a  missile system.

“Currently the Chinese offer has the highest points,” he said, adding that comments by NATO officials or any country would not affect Turkey’s decision. He said many NATO members today had Russian weapons and declared that if the alliance was so concerned it should first get rid of these from its inventory.

Erdogan was referring to Russian weapons possessed by former Warsaw Pact members who are in NATO today. Defense analysts say Erdogan is mixing apples and oranges, since the Russian weapons are being phased out and were never integrated with NATO’s missile defense systems.

A day before Erdogan’s remarks, NATO Secretary-General Anders Fogh Rasmussen said Turkey had the right to buy its equipment from any source. "However, seen from a NATO perspective, it's of utmost importance that the systems nations plan to acquire can work and operate together with similar systems in other allied nations," he said. “I feel confident Turkey is aware of this NATO position and ... will take that into account before taking the final decision,” he added.

US Ambassador to Turkey Francis Ricciardone said on Oct. 24 that Washington had begun talks with Ankara to assess the impact of Turkey’s choice for its missile defense system. "We are seriously concerned about what this means for allied missile and air defenses for us and for Turkey," he said in Ankara during a meeting with diplomatic correspondents.

The bottom line is that no one is questioning Turkey's sovereign right to choose. What is being said is that if Turkey chooses the Chinese system, this cannot be integrated with NATO’s infrastructure. If that is not a concern for Ankara, then there is no problem. The question, however, is whether Turkey can drop out of NATO’s integrated systems and still use the Chinese missile defense system.

For the system to work as desired, Turkey will not only require NATO’s Airborne Warning and Control System (AWACS), but also its advanced radar facilities, such as the one deployed in Kurecik. Defense analysts say without these, the Chinese system could turn out to be a very expensive squib — and a damp one at that.

Neither is it the case that Turkey and China have always see eye-to-eye in terms of their policies toward the Middle East. They differ radically on Syria, for example.

Ties between the two countries also became unexpectedly tense overnight in July 2009, when Erdogan accused China of oppressing the Uighurs in its Muslim-dominated Xinjiang region. He said Beijing was doing things there which amounted to “genocide.”

The restive Uighurs are distant relatives of Turks. Turkey’s minister for trade even went so far at the time to call for a boycott of all Chinese goods. The possibility that China may use its anti-missile defense system as political leverage in the future cannot therefore be overlooked.

But none of this seems crucial for Justice and Development Party (AKP) supporters at the moment. They are supporting the Chinese option mostly out of knee-jerk anti-American and anti-NATO sentiments and claiming this option shows Erdogan is making Turkey independent.

Erdogan cannot overlook such sentiments at a time when elections are just around the corner. There is, however, the very real possibility that Turkey will give up on the Chinese system in the end because of the technical difficulties. This is probably why NATO and the United States are keeping up the pressure.

Another possibility is that Ankara is using China to force Western companies to give the kind of facilities that CPMIEC is prepared to offer. What is certain at this stage is that this story is far from over.