Iran: US Has Time, Rouhani Doesn’t

If the Iranian president makes the United States a decent offer in the Geneva negotiations, it should take it — and build on it to deal with regional issues and Iran’s support for terrorist groups. 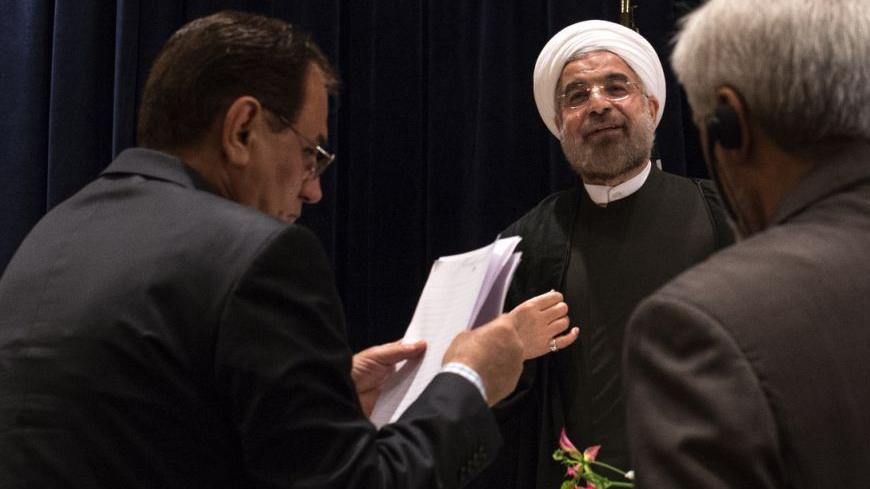 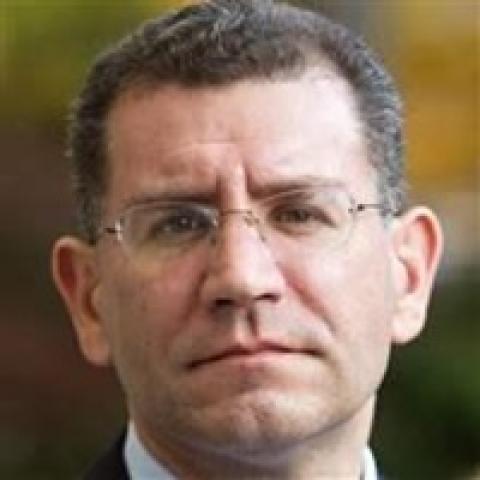 This week, the United States and its allies will enter another round of negotiations with Iran, this one more hopeful as a result of Hassan Rouhani’s election as Iranian president and his repeated statements that he wants a deal to end Iran’s nuclear impasse.

One of the foundational assumptions of the American approach to these negotiations all along has been that the West doesn’t have time and the Iranians do. As a result, the United States has insisted that the talks cannot be allowed to drag on. They need to be concluded quickly. The rationale behind this assumption is that the Iranians care more about retaining their nuclear program than they do about having sanctions lifted, and their goal is merely to stave off worse measures by the West — either US or Israeli military operations, or even harsher sanctions — while they continue to enrich uranium and draw closer and closer to acquiring a breakout capability. (A breakout capability is the ability to quickly field a workable nuclear weapon. Although the term “quickly” is undefined and has changed significantly over the years, it is often described as meaning “faster than the West could act to prevent it.”)

It was not wrong or misguided to believe this. In the past, there was good reason to believe it was entirely correct. However, today, the evidence suggests that it is fundamentally mistaken, and that it is the Iranians, particularly Rouhani, who face time pressures more than the West.

Let’s start with the Iranian side. Rouhani is unquestionably looking to change Iran’s situation both internally and externally. In particular, he is undoubtedly looking for a deal on the nuclear program that, at the very least, would see Iran compromise on its enrichment program in return for sanctions relief. He may very well be willing to go further than that. Certainly, he has suggested as much.

The claims that Rouhani is a “wolf in sheep’s clothing,” that he does not represent a significant change in Iran’s demeanor, simply do not stand up to scrutiny. This is neither the time nor the place for a full explication of the evidence — there is too much to be presented in a short essay, and with the nuclear talks about to begin, Iran’s behavior in those talks should be allowed to stand as the best proof for either theory. Suffice it to say that the evidence so far available is overwhelming that Rouhani clearly wants change of some kind, and that he is already paying a price for it at home. He has been repeatedly attacked by Iran’s hard-liners, who are uninterested in a deal.  But Rouhani has persevered, suggesting that this deal is important to him. He has twice said publicly that he needs the deal soon — in one instance, he argued for three to six months — because if he cannot demonstrate quickly to Iran’s supreme leader, Ayatollah Ali Khamenei, and his hard-line rivals that he can secure meaningful compromises from the West, they will use his failure to curtail his room for further maneuver.

In fact, it's curious that Rouhani chose to make resolving the nuclear impasse his first major policy move. Most politicians would have chosen to start by tackling smaller, domestic problems related to Iran’s economy or political system as a way of racking up some quick wins to bolster their political position before turning to a major foreign policy gambit.

Moreover, this one is focused on a foreign policy problem that has proven utterly intractable for years; represents a core difference with Iran’s powerful hard-line faction; requires a deal that the supreme leader himself may oppose; and relies on Iran’s repeatedly proclaimed greatest adversary to do the right thing for the Islamic Republic. In many ways, it is a gamble of monumental proportions, which again should reinforce both our sense that Rouhani is serious about getting a deal and the notion that he is probably ready to make significant compromises to get it. But it also gives credence to Rouhani’s own warning that he needs this deal soon, or else his presidency could be crippled by its failure.

On our side, the evidence of the past few years gives reason to reassess our assumptions about Iran’s nuclear strategy. Of greatest importance, Iran has been deliberately refraining from pursuing a nuclear weapon as quickly as it could have.  At first, many feared that once Iran began large-scale enrichment activities, it would simply enrich enough uranium for one bomb to weapons grade (90% purity or better) and then detonate a crude bomb.  Iran achieved that capability in about 2008, yet they did not break out.  Then, the fear was that once the Iranians accumulated enough low-enriched uranium (3.5% purity) for one bomb they would immediately enrich that to weapons grade and break out.  Iran passed that benchmark in about 2010, and again they did not do so.

Next, the fear was that once Iran had acquired enough uranium enriched to 19.75% purity (sometimes called “medium-enriched uranium”) for one bomb it would immediately convert that to weapons grade and break out.  Iran passed that benchmark in 2012, and again, it chose not do so. In fact, instead, Iran has regularly converted some of its “medium-enriched uranium” to plates for the Tehran Research Reactor (which make them difficult to further enrich for weapons), and it has done so to ensure that it has less than a bomb’s worth of medium-enriched uranium on hand at any time.

This behavior is important because it demonstrates that whatever Iran does ultimately intend for its nuclear program — and there should be no doubt that its current nuclear program is a military program meant to produce weapons, not a civilian program meant to produce electricity — Tehran has consciously decided not to break out and race for an arsenal and has held to that policy for at least five years.  Israel’s former chief of military intelligence, Amos Yadlin, and Israeli nuclear expert Yoel Guzansky have called attention to this important pattern, noting that “Iran is not advancing toward the bomb at as rapid a pace as it could. It appears to realize that such progress would bring with it negative strategic repercussions.”

Just why Iran has chosen not to go ahead and weaponize remains a mystery, but there are at least four powerful factors that, taken together, probably have convinced Tehran not to do so for now. These include the threat of an Israeli or (more likely) American military attack; fear that the United States would greatly ramp up its covert action and cyberwarfare campaigns against Iran if it decided to weaponize; fear that the Saudis would obtain nuclear weapons of their own if Iran did; and, of greatest importance to my mind, fear that the Chinese and Indians would join the Western sanctions against Iran because Beijing and New Delhi have made it clear to Tehran that while they do not support a war against Iran, they are dead-set against an Iranian nuclear arsenal.

What’s important about these factors is that all remain firmly in place.  If they have been adequate to dissuade Iran from exercising its breakout capability for the past five years, it is likely that they will continue to do so for some time to come.  Indeed, in spring 2013, both President Barack Obama and Israeli Prime Minister Benjamin Netanyahu publicly stated that it would take Iran a year or more to field a workable nuclear weapon from a decision to do so (a decision that has not been given).  That is a pretty wide breakout window, and it will take some time — probably several years — for Iran to narrow it significantly. Thus, even if we continue to fear that Tehran’s game is to play for time until it has narrowed that breakout window — a claim inconsistent with Rouhani’s current behavior, but perhaps what Iran’s hard-liners have in mind — we do not need to fear that Iran will be in that position for some time to come.

This is neither an argument for complacency nor for lowballing the Iranians on the assumption that we are now in a more advantageous bargaining position than they are. We simply do not know what Rouhani will ultimately be willing or able to put on the table as part of a nuclear deal. We also don’t know if he can sell any nuclear deal that we would accept to Iran’s supreme leader and the hard-liners back in Tehran. But he represents the best opportunity we have had to get a negotiated settlement to one of the most dangerous problems in the world today.  If he makes us a decent offer, we should take it — and hope to build on it to deal with other problematic aspects of Iranian behavior like its support for terrorist groups. And we should try to move quickly because he needs to, not because we need to.

Kenneth M. Pollack is a senior fellow at the Brookings Institution and the author most recently of Unthinkable: Iran, the Bomb and American Strategy.