Israel's Next Best Thing? It's Bibi

Israel’s Prime Minister Benjamin Netanyahu remains the only stable factor in the Middle East, with no potential successor jeopardizing his leadership. 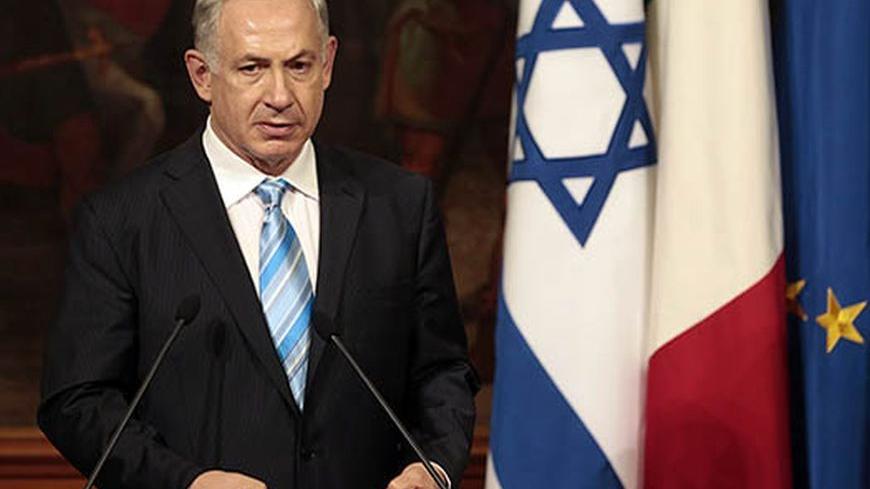 Israel’s Finance Minister, Yair Lapid returned last week, Oct. 12, from an intensive working visit to Washington, during which he met with Vice President Joe Biden, Secretary of the Treasury Jack Lew, Chairman of the Federal Reserve Ben Bernanke and a host of other senior administration officials. In private talks, Lapid later related proudly that the Americans see him as the “next thing” in Israeli politics. Other than posting a banner outside the White House that reads: “Well, replace him already,” they have said that much, Lapid told close associates.

Truth be told, we can understand the Americans. They’ve been stuck with Prime Minister Benjamin Netanyahu for five years already. "Nothing Happens, Nobody Comes, Nobody Goes.” And then all of a sudden, Bibi's (Netanyahu’s) perfect flip side shows up. Here is a young, optimistic man who is receptive to suggestions. Speaking excellent English, he has broad knowledge of Americana and is endowed with unabashed personal charm. Lapid speaks a language Americans can understand, using their vernacular while whispering mellifluous words into their attentive ears. The Americans know that when it comes to Lapid, real negotiations with the Palestinians can take place and the Iranians can be given a real chance to roll back. Life will look completely different. It won’t be as gloomy and ominous; it’ll be more credible.

It’s true that when Netanyahu visits the United States, he tells the Americans what they want to hear. The difference between him and Lapid is that the Americans believe the latter, not him.

Knesset member Shelly Yachimovich, chairwoman of the Israeli opposition and also chairwoman of the Labor party, has fostered close working ties with US ambassador to Israel Dan Shapiro. The two have met quite a few times and have been talking a great deal. Yachimovich, too, tells her interlocutors about the deep bond between her and Shapiro and the American administration in general. When talking about the broad understanding she shares with senior American officials, she also mentions her latest visit to the United States during which she addressed the J Street conference [Sept. 29] and the tailwind she gets from Washington. The Americans know, Yachimovich says in closed meetings, that only I can be the next thing. They see Lapid crashing and they know that Justice Minister Tzipi Livni represents only a small constituency. They know that the only alternative to what’s happening now is the Labor Party under my leadership.

Livni, who heads the negotiations with the Palestinians, is Washington’s favorite from among the members of the Israeli government. Sometimes it seems that the true romantic affair occurring in the Middle East nowadays is the renewed affair between Livni and the Americans in general and Secretary of State John Kerry in particular.

Through an American prism, Livni embodies all the good Israeli qualities lumped in one person. Caring about Israel’s security but also truly aspiring to make peace, she is willing to make painful concessions for it. Recognizing the rights of the other, she upholds the rule of law and espouses a moderate, liberal worldview and a realistic security outlook that views Israel-US relationships as the real and most important strategic asset for the security of the Jewish state.

Livni has been roaming Washington for more than a decade, gathering clout and popularity. Her one-time admirer, former Secretary of State Condoleezza Rice, has already retired, but Livni is still around. In private talks, she occasionally deigns to admit that the Americans see her as the “next thing.” She is their last true asset here, in Israel.

So who is the next thing in Israeli politics through Americans eyes and in general? Is it Lapid, Yachimovich or Livni? Well, the “next thing,” who is also the past and current thing, is actually none other than Benjamin Netanyahu. For too many heirs to the throne, it seems that there will be no last will and testament. Bibi is here to stay.

Having garnered 19 seats in the last elections, Yair Lapid has lost public opinion support and his popularity has plummeted in the polls. His bold decision to take on the Finance Ministry has proven to be a fateful mistake. Netanyahu laid the trap and Lapid joyfully fell headlong into it. It’s too early to eulogize Lapid. However, at this point in time he has lost the spot of the “sure successor” or the “next prime minister.” And he has lost this title in favor of “the one fighting against becoming the next Tzipi Livni,'' who used to be the “next prime minister” until she became a sad political curiosity (and then rebounded).

Yachimovich? She’s now pitted in a battle against Isaac (Buji) Herzog in the primaries slated for next month (Nov. 14). Yachimovich is an excellent politician with a killer instinct and a keen agenda, but she faces a glass ceiling. Her social-democratic platform could garner her 15 Knesset seats, which is exactly what she scored in the last elections. She finds it very hard to break through that barrier. She is a principled person, which is a rare phenomenon in Israeli politics, and this plays to her detriment. At the moment she seems to have a better shot of not only being the incumbent chairwoman of the opposition, but also the next one.

Livni? Well, she is back, but on a small scale. She has six seats in the Knesset, and even that was a stretch. She’s trying to revive a failed brand that has long gone belly up. In the Israel of 2013, you need boundless personal gumption to run for election on the “peace process” ticket. Livni did just that and barely made it. Now she’s asking for the moon in the negotiations with the Palestinians, when everyone — herself included — knows that she doesn’t have a real shot. To sell a “peace process” with the Palestinians to Israelis at the current state of affairs makes as much sense as selling the Americans a TWA ticket. On paper, you can talk all night long. In reality, they no longer exist.

Therefore, despite his poor performance and his very low approval ratings (a prime minister in office, facing no real contenders, who raked only 20 seats in the last elections, about 25% of the votes) and despite that he infuses no hope and produces no dreams, Benjamin Netanyahu will remain what he is and what he was. Right now, he is the only foreseeable next thing in Israeli politics.

When former Prime Minister Ehud Olmert keeps battling in court, when former Foreign Minister Avigdor Liberman awaits his fateful verdict, when former Chief of Staff Gabi Ashkenazi is under police investigation in the Harpaz case, with Yair Lapid plummeting in the polls and Yachimovich unable to break through her glass ceiling, there is nobody on the horizon that can jeopardize Benjamin Netanyahu as the only possible prime minister of the state of Israel. He and nobody else.

He has been eulogized many a time before. After the social protest in the summer of 2011 we were sure he was done for. After the last elections, which he actually lost (but still was able to cobble together a government thanks to political shiftiness), we were sure it was all over. But the way things look now, and barring unexpected developments (such as take place in Israel on an almost daily basis), it seems that Netanyahu will outlive President Barack Obama in office.

Right under our radar, Bibi has become the only stable factor in the Middle East. But more than anything else, it attests to our situation and that of the region.