Given the inextricable relationship between sports and politics in Iraq, a decision by the Gulf states to move the 2013 Gulf Cup of Nations out of Basra has hit a personal note with Iraqi politicians. 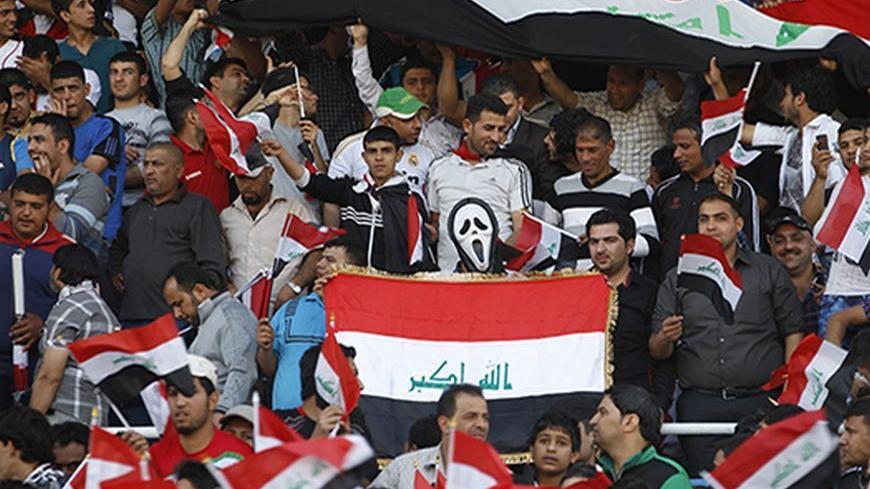 Politics and sports have had a long historical connection. In Iraq, this connection has always been very strong. This was the case even after the dictatorship of former President Saddam Hussein fell, and a new system emerged that was supposed to isolate the country’s political authority from professional, technical and sports institutions.

Under the former regime, Saddam's son, Uday, chose sports — particularly soccer — to be the foundation upon which he began building his political influence. In the 1980s, he became president of the Soccer Association, despite the fact that he was only in his 20s. He then gradually expanded his influence to become president of the International Olympic Committee, which grew into a colossal enterprise — akin to a state within a state — that performed a multitude of functions and held many responsibilities.

Throughout that era, sports were largely politicized, as they usually are in totalitarian regimes, especially in terms of their connection with nationalist sentiments. Most Iraqis still remember how the official TV station used to broadcast nationalist anthems prior to airing matches played by the Iraqi national team. Among those anthems, there was one that included the line, “To them it is a game, to us it is a fight.” As such, sports were not merely politicized, they were also made into an arena through which the regime could fight its battles and disputes.

The politicized perception of sports does not seem to have changed in Iraq today. On the contrary, sports have been made part of the prevailing internal sectarian and regional conflicts. This is evidenced by the strong political reaction of government officials who have blamed politics and sectarianism for the decision taken lately by the Gulf states’ Soccer Federation to move the Gulf Cup of Nations soccer tournament out of the city of Basra. The Soccer Federation’s statement attributed its decision to the International Football Federation’s (FIFA) refusal to lift the ban on holding international matches in Iraq. This ban came about as a result of the security situation and instability that escalated in the country.

Following the decision, the Iraqi Ministry of Youth and Sports issued a statement announcing Iraq’s withdrawal from the tournament and expressing its deep-felt dissatisfaction about the decision, which it considered to be driven by the Gulf states’ (especially Saudi) desire to deprive Iraq of its right to organize the tournament. The statement also criticized the behavior of the Iraqi Soccer Federation’s president, who did not withdraw from the meeting and seemed reluctant to implement the ministry’s decision to withdraw, suggesting that such a decision fell under the authority of the federation alone.

Iraqi Prime Minister Nouri al-Maliki, in a speech he gave at the inauguration of the Basra Sports City Stadium — which was supposed to host the tournament — blamed the decision on motives not related to sports. The government’s rhetoric thus seemingly substantiates the prevalent feeling that Iraq is being persecuted by its adversaries.

It was clear from the outset that Iraq would face problems organizing the tournament, in light of the worsening security situation, the presence of an international ban on international matches in Iraq, as well as the existence of technical and administrative difficulties that were made even more evident by the power outage that sank Basra Stadium in darkness during the inaugural match.

The government’s position relative to this issue revealed the existence of two psychological-political complexes. The first is an “acceptance” complex by the ruling powers toward those whom they consider to be opponents, despite the fact that those same powers lack a clear vision as to how to bolster that acceptance. The second is a persecution complex built upon a sentiment that others are “conspiring” to persecute and deprive us of our “rights,” even in nonpolitical issues. These two complexes generally govern Iraq’s relationship with Arab Gulf states, and are founded on an assortment of accumulated feelings, political realities and self-delusions.

The controversy surrounding the Gulf Cup of Nations reflects a clear misunderstanding about the relationship between politics and sports, as is evident by the unending dispute between the Ministry of Youth and Sports and the Soccer Federation. It also reflects the fact that Iraq remains a country without a clear political identity, whose relationship with Gulf states in particular is governed by its desire to belong, mitigated by a long legacy of mistrust and accrued hostilities.

Harith Hasan is an Iraqi scholar and writer. He has a Ph.D. in political science and his main research interests are state-society relations and identity politics in Iraq and the Arab Mashriq. On Twitter: @harith_hasan