The relationship between Iraq and Syria has always been close, yet contradictory, with some arguing that the economic and political results of the Iraqi civil war led to the outbreak of Syria’s current conflict. 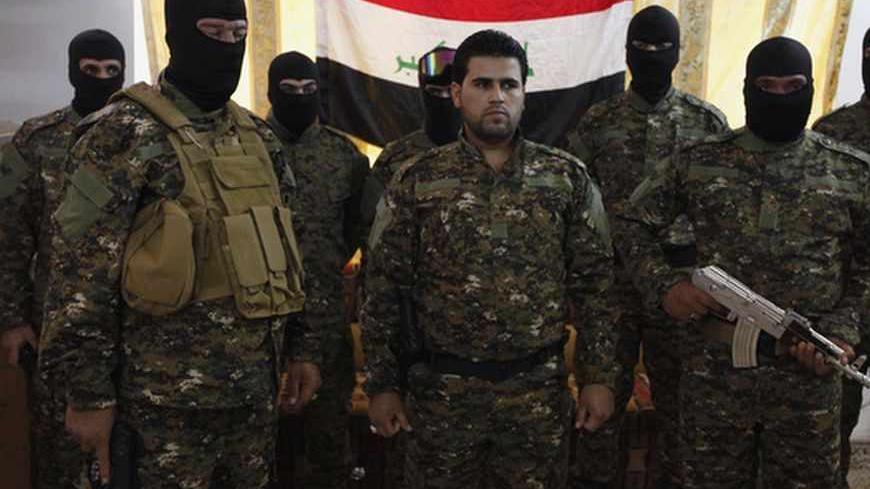 The relationship between Iraq and Syria has a troubled history with many contradictions. It has been strained during most of the countries' recent history. Nevertheless, the two sides are so similar and close that there have been projects to turn them into one entity ever since the founding of postcolonial states in the Arab Middle East.

The first king in Iraq after its separation from the Ottoman Empire was also previously the king of Syria. However, as Iraq and Syria were under the control of two different powers (Britain in the case of Iraq, and France in the case of Syria), they were not governed by King Faisal I during the same period.

The Baath party failed to unify Syria and Iraq, despite the fact that the party’s ideology was based on the idea of Arab unity and its branches ruled the two countries simultaneously. This failure was a result of the unique relationship between the two, one which is characterized by strong similarities and discord at the same time.

Iraqi politician Ahmad Chalabi’s recent — albeit unrealistic — call to establish a confederation bringing together the two countries signals a continued lack of faith in the feasibility of the Sykes-Picot Agreement, which set the borders of the two countries.

An important aspect of the religious and sectarian divide in the region is based on the historic conflict in the seventh century between the army of Ali bin Abi Talib, the fourth Islamic caliph based in Kufa, Iraq, and the army of Muawiyah Ben Abi Sufyan, the Umayyad dynasty founder who settled in Damascus.

A great deal of the sectarian tension currently plaguing the two countries results from historical conflicts, and from telling the story of these conflicts in a way that serves the different parties in their current confrontations.

However, the issue goes beyond ideology, reaching actions on the ground. At a time when many people are talking about the need to stop the Syrian civil war from extending to Iraq, it is worth mentioning that the relationship between the two countries and their respective turmoil existed even before the outbreak of the protests in Syria.

The political and social transformation in Iraq that followed 2003 had a significant effect on Syria. President Bashar al-Assad's regime tried to be in harmony with the will of the majority of Syrians in opposition to the war and its consequences, but probably for different reasons. Syria allowed the flow of foreign fighters to fight the US forces in Iraq. The insurgency, however, led to results that would affect Syria at a later stage.

Hundreds of thousands of Iraqi refugees, including opponents of the regime, started flowing into Syria, and most of them chose to live in Damascus.

The stories told by refugees who escaped the “Iraqi hell” contributed to molding the feelings of the Syrians. By way of those stories and experiences, many Iraqis brought their political and sectarian divisions to Syria. The economic pressure represented by the presence of these huge numbers of Iraqis in Syria — at a time when the Syrian state was increasingly marred by corruption and loosening social safety nets through the increasing adoption of economic liberalism — contributed to fueling the economic and social problems that paved the way for Syrian protests at a later stage.

The support that Syrian opposition groups received from regional Sunni powers is also related to these powers’ desire to counter Iranian influence in Iraq. They wanted to win Syria in order to compensate for their loss in Iraq.

The idea of keeping Syria “out of Iraq” currently looks like an illusion that doesn’t differ much from the previous one of distancing Syria from Iraq. The two countries offer a new model for a region in which the state is decomposing, and where inter-state solidarities are flourishing. The destinies of the two countries are connected today more than ever.

Harith Hasan is an Iraqi scholar and writer. He has a PhD in political science and his main research interests are state-society relations and identity politics in Iraq and the Arab Mashriq. On Twitter: @harith_hasan