Will US, Iran Back Maliki In Iraqi Elections?

While the US and Iran both support Iraqi Prime Minister Nouri al-Maliki, sectarian violence is nonetheless on the rise. 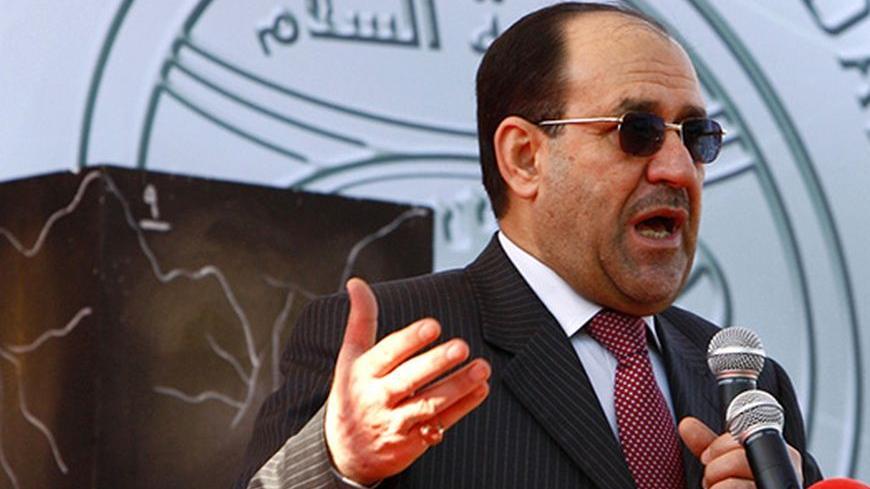 Iraqi Prime Minister Nouri al-Maliki declared in a televised speech Oct. 10 both that he would head to the United States at the end of the month and that he intended to run for a third term in upcoming elections. The timing of the announcements was not a coincidence, but rather an attempt to get the foreign support Maliki needs for his candidacy. Meanwhile, objections to his methods of government are multiplying around the country.

Maliki’s second term has seen broad political disputes take place. His actions have been seen as the result of intensive Iranian support coupled with American blessings. It seems that Maliki is counting on persisting Iranian and American support to win a third term as prime minister. However, the course that the Iraqi sociopolitical situation has been taking shows that this support is not in the interest of the United States and Iran, and that it will hurt their national interests in Iraq for the following reasons:

First, the Iraqi people are still new to the democratic system, and they have warned against any attempt to restore dictatorship to the country. There are many obsessions and concerns in this regard, especially since the Iraqi parliament’s attempt to forbid Maliki’s candidacy for a third term was rejected in federal court, which is accused of colluding with the Prime Minister’s Office. Moreover, Maliki’s latest statement noted that his son Ahmad is in charge of major security and political responsibilities for the office. This has stirred the anger of the Iraqi people and of many political leaders, including Maliki’s opponents and some leaders in the Islamic Dawa Party that he represents in the government.

Second, the worsening sectarian crisis in the region is closely linked to the Iraqi situation, which was already delicate. Maliki’s rule reignited the sectarian crisis in Iraq after it had lain dormant for the past few years. Maliki has used controversial methods to remove his opponents from positions of authority, and he has made statements that hold sectarian connotations for his opponents. Moreover, he has failed to carry out the law against sectarian violence in the case of insurgents and those who provoke sectarian strife, such as militias, speakers and activists.

Third, governance in Iraq has shifted from being consensual to being marked by monopolization as a result of Maliki’s inability to cooperate with his political peers. Many Sunni parties that are represented in the Iraqi parliament have stopped dealing with the prime minister. They have also been demanding for more than a year that he be replaced him with someone else from the National Coalition, which holds a parliamentary majority. Furthermore, his allies in the National Coalition are dissatisfied with and object to Maliki’s methods. Those allies include the Al-Ahrar Bloc affiliated with Shiite cleric Muqtada al-Sadr and the Citizens Bloc affiliated with the Islamic Supreme Council of Iraq led by Ammar al-Hakim. Together, they constitute a majority in the National Coalition.

In light of this, any attempt to support Maliki for a third term will be understood by the Iraqi people as an aggressive intervention by the United States and Iran, both of which are disliked in Iraqi society. It is also possible that such a scenario could lead to the exacerbation of the sectarian crisis in the region, which would be in the interest of the enemies of Iran and of the United States.