The Crisis of Moral Decline in Iraqi Society

Following years of violence and despotic rule, Iraqis have lost a sense of moral responsibility toward society, something that must urgently be addressed to provide security and reach lasting solutions. 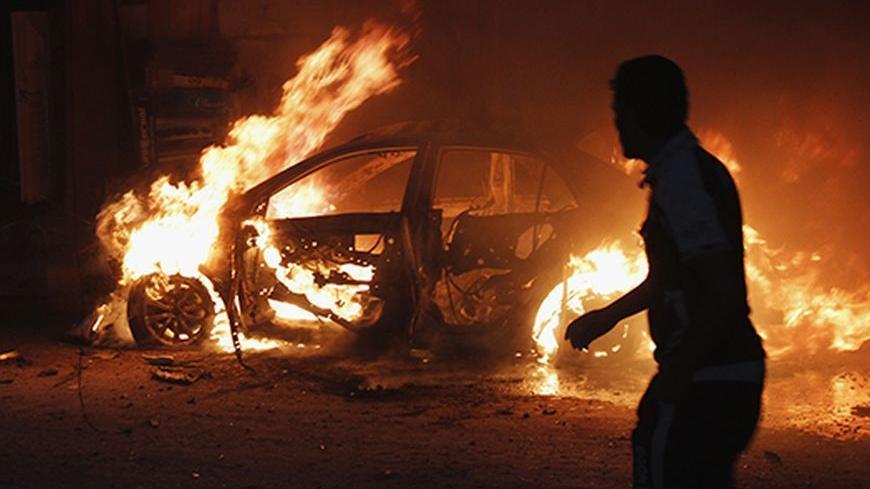 After Immanuel Kant decisively put an end to metaphysics in his work The Critique of Pure Reason, he nevertheless returned to it once again in an attempt to mold it into a basis for social ethics, which he believed could not endure without religiosity. But events in Iraq today prove that there is no necessary correlation between religiosity and morality in social behavior.

According to polling by Gallup, Iraq is one of the most religious societies in the world, with about 84% of Iraqis professing devotion to one faith or another. Despite this, reports from a wide variety of sources indicate that Iraq has been experiencing a sharp rise in crime rates, the lion’s share of which is unconnected to the country’s sectarian crisis. Indeed, the primary motive appears to be driven by the desire to obtain money, or other criminal goals. In addition, those directly involved in terrorist operations are often no more than mercenaries acting on behalf of opposition sides seeking to extort wealth.

One of Al-Monitor’s correspondents, Mushreq Abbas, wrote an article about this phenomenon in the pan-Arab daily Al-Hayat on Sept. 19, under the headline “Terrorists in Iraq Didn’t Come From Outer Space … Nor Do They Resemble Bin Laden, Zawahiri or Zarqawi.” A security official quoted in the article disclosed that most of those who operate and detonate car bombs are neither especially religious, nor even particularly sectarian. According to him, investigations have concluded that “most of the perpetrators are affiliated with local mafias acting for hire and gangs tied to armed groups through intermediaries that resemble professional contractors carrying out operations on behalf of whomever.” A video posted online showed that the bomber who struck the Aza’ Council in Sadr City in Baghdad in September — which killed and wounded more than 300 people — carried out the attack in exchange for $700.

These and similar events indicate that Iraq is suffering from a widespread moral crisis which must be understood and addressed. Moreover, the attempt to do so must be situated in a wider context than the narrow confines of the present sectarian political conflict that has been wracking Iraq for more than a decade. The reasons for this crisis can be summed up in the following points:

First, Iraqis have suffered from despotism for a prolonged period, weakening their sense of moral responsibility toward society. Whenever autocrats are in a position to impose their will upon both individuals and society as a whole, the moral fabric of society is undermined in two crucial respects. For one, they bind moral goods and evils to an imposed will, such that what the ruler dictates becomes virtuous, and what he despises is evil. For another, they inspire a tendency toward anarchy and the casting off of moral values, once the source of coercion and compulsion is removed.  This, indeed, is what transpired after the fall of the dictatorship in Iraq, when freedom was granted in the absence of the rule of law or social responsibility deriving from individuals’ autonomous moral sensibility.

Second, the emergence of an increasingly sectarian climate divided the constituent parts of the Iraqi people into rival identities shorn of any deeper sense of shared identity, bounded by the framework of common citizenship. In a broader context, this led to the vitiation of any sense of shared social responsibility toward both the nation and one’s fellow citizens. Iraqi academic researcher and cleric Taha Jabir al-Alwani, told Al-Monitor in response to a question about the causes of the disintegration of moral values in Iraqi society that national identity and a shared sense of citizenship has been fragile since the formation of modern Iraq, nor has it put down deep roots in subsequent decades. He added, “Whenever the country stands outside the framework of moral responsibility, this leads to the sort of dissolution that we are witnessing today, especially when sectarian and political interests intervene.”

Third, religious violence and extremism have led to a fierce reaction, particularly among the youth. Generally, whenever moral values are structurally bound to religiosity, a departure from religiosity entails the collapse of the moral framework and the individual’s liberation from its limitations. In addition to this, for many in Iraqi society religion is no more than commitment to carrying out certain ceremonies and rites. As for moral issues, they are often relegated to secondary importance. Thus we see mosque preachers and clerics focusing their efforts on the discharge of religious ceremonies and rites, or preoccupied with perpetuating the sectarian conflict against the Other, instead of entrenching moral values in the behavior of their flock.

In discussing the search for solutions to this problem, Alwani said, “There must be shared principles rooted in people’s consciousness, principles which they are inspired to defend and not violate.” This requires an intensive working program that includes the cultural, legal and educational fields. Social and moral values are imprinted through education and training, and through the availability and use of proper incentives and disincentives. Precisely these tools are lacking today in Iraqi public education and the legal systems.

Legally, the Iraqi legislature is utterly absent from an examination of the social problems plaguing society and which require corrective legislation, and the establishment of effective institutions to address the victims of this moral degeneration. For example, there is no serious interest in legal circles in addressing issues such as honor killings, violence against women, child abuse, and other widespread phenomena in this country. Instead, there is an overwhelming focus on combating behavior incompatible with the tenets of religion, a preoccupation that generally results in the restriction of personal liberties. One illustrative example is the government’s drive to shut down bars and liquor stores during religious occasions, rather than focusing on their legal responsibilities to protect Iraqi society from those crimes stemming from moral decadence.

In the realms of cultural and education, there is a real need for working on a comprehensive education plan to address the needs of a generation of youth about adherence to moral responsibilities and good social behavior. The government media can play an important role in educating society about its moral responsibilities.

And finally, addressing moral decay in Iraqi society requires a comprehensive review of the problem, to produce an integrated system that will entrench social values in Iraqi society and cultivate them, using both legal and educational means.

Ali Mamouri is a columnist for Al-Monitor Iraq Pulse. He is a researcher and writer who specializes in religion. He is also a former teacher in Iranian universities and seminaries in Iran and Iraq. He has published several articles related to religious affairs in the two countries and societal transformations and sectarianism in the Middle East.