The proposal by Israel's education minister to introduce the Holocaust into the first-grade curriculum has sparked an ethical debate about the role these studies play in shaping Israeli society. 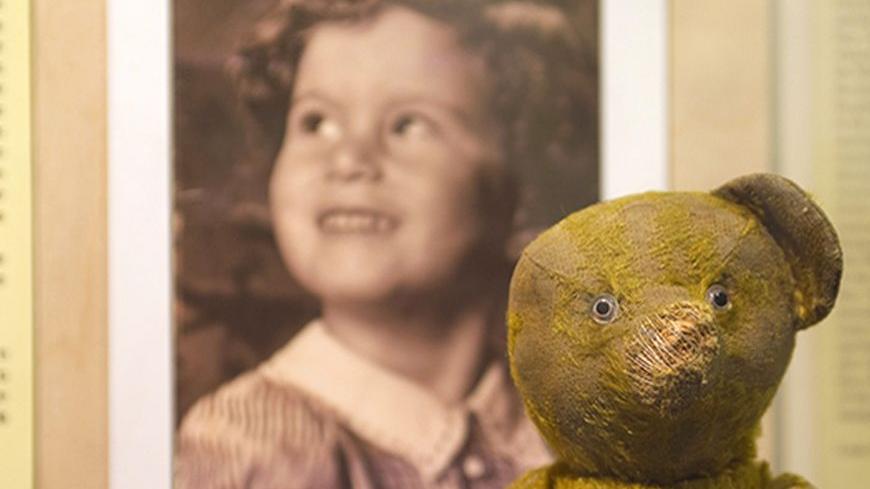 A battered teddy bear belonging to Ina Rennert, a 75-year-old Holocaust survivor, is displayed with a picture of her as a child at the Yad Vashem Holocaust History Museum in Jerusalem, April 17, 2011. - REUTERS/Ronen Zvulun

It is almost impossible to understand the contemporary Israeli experience without assessing the central role played by Holocaust remembrance. The Holocaust is such a constant presence in the contours of Israeli society that it would be difficult to find any area where it has not left its mark. Consider this paradox: The more time passes, the greater place the destruction of European Jewry has in the conscience of Israelis, and the more intensely it affects them. Very often it even determines how they think and impacts their views about the rest of the world.

How should people relate to the Holocaust 70 years on? How much should we allow it to shape our lives today?

Is history likely to repeat itself? Is another Holocaust possible? Does Israel face an existential threat? How should the legacy of the Holocaust be passed on to the younger generation? Should the memory of the Holocaust be encouraged and if so, to what degree? Should we perhaps forget and even encourage others to forget in our unending quest for normalcy?

These questions lie at the center of Israel’s public debate over cultivating the legacy of the Holocaust. For the past 25 years, schools have been sending their students to visit the death camps in Poland. Every year, tens of thousands of high-school students take a break from their studies and make their way to these centers of destruction to get a firsthand look at how far the human capacity for evil reached under the Nazis. What began as visits by a handful of Israelis in the 1980s has evolved, over time, into enormous delegations of Jews from around the world.

As the legacy of the Holocaust gains even more prominence, there is a lively debate between thinkers and academics over the right amount of memorializing. Do death-camp visits provide students with a better perspective on ethics and human nature, or do they do the exact opposite? How much do they dull the senses of these young people and present the world to them from one dimension? Do these visits confer hope in the potential of the human race, or do they present the extermination of the Jews as the consequence of an international plot that has yet to expire?

Those who claim that these visits are necessary believe that they strengthen Jewish identity and foster a sense of identification with the millions of victims. Those who reject these visits see them as some kind of warped ritual that venerates death, bolsters nationalist sentiment and inflames xenophobia.

This ethical debate received a surprising boost recently from the Oct. 16 decision by Minister of Education Shai Piron to begin teaching the Holocaust as early as the first grade. The skullcap-wearing minister from the Yesh Atid party stunned educators when he announced that he intends to expand the target population for this material to include six-year-olds taking their first steps in the educational system.

The responses were quick. A few people praised the decision as sensible and wise. Others lashed out against it as something that could poison the children's tender psyches.

Professor Amnon Rubinstein was the first minister of education to praise the student pilgrimages to Poland and to offer them his sanction. Succeeding ministers followed his lead and turned Holocaust studies into a major tier of the educational system.

“It is an enormous educational and emotional experience,” wrote Rubinstein in a memo that the Ministry of Education distributed to its employees in 1995. “The cognitive knowledge and the emotional experience merge into a powerful sense of identification among the students and become an integral part of their awareness and personalities."

Yaakova Sacerdoti, head of the department of literature and children’s literature at the Levinsky College of Education, thinks that the education minister’s decision is a positive step. She is not frightened by the idea of six-year-olds learning about the horrors of the Holocaust as long as it is done wisely and with sensitivity. “After all, a child hears the siren,” she wrote Oct. 21 on the Israeli Walla website. “He knows that it marks a sad day, when we don’t go to movies or restaurants ... and he wants to know why.”

Nili Keren, a Holocaust researcher, was one of the first educators to accompany her students on a visit to the death camps. Lately, she has warned against what she described as fostering a sense of victimhood among those students. She was flabbergasted by the decision to introduce the legacy of the Holocaust in the first grade.

The study of the Holocaust is the study of death and of an unprecedented human capacity for evil. Even among educators who believe in teaching the Holocaust, many are protesting the decision to introduce it to students of such a young age. Roy Perlstein, who teaches history and civics at the Branco Weiss School in Beit Shemesh, sees it as posing a risk.

“Will these children,” he asked in Walla, “many of whom can’t even distinguish between yesterday and today yet ... really learn to accept the Other from stories about how much people hated us? ... We must not confuse learning about the Holocaust with learning the lessons of the Holocaust ... Do you want to teach about accepting others? ... They are right there in our children’s classrooms, with different skin colors, different views about the world and different countries of origin of the parents.”

Uri Misgav took this a step further in his blog in Haaretz: “Lay not your hand on the boy,” he wrote to the minister of education. “In the first grade, children learn reading, writing and arithmetic, and not about Treblinka.”

Based on the general attitude toward the Jewish past prevalent among ministers and Knesset members alike, it is doubtful whether there will be any significant opposition to the minister of education’s proposal. In fact, it is almost certain that it will be implemented in the coming school year. Minister Piron explains that his goal is to introduce a more optimistic message about humanity in the spirits of these young children. What is still needed is some proof as to what extent a six-year-old is able to handle such a complex message, especially when so many adolescents and adults have a hard time grasping it and coping with the many lessons to be learned from it. Even 70 years later, the Holocaust has left lessons in its wake as complex as its millions of victims.