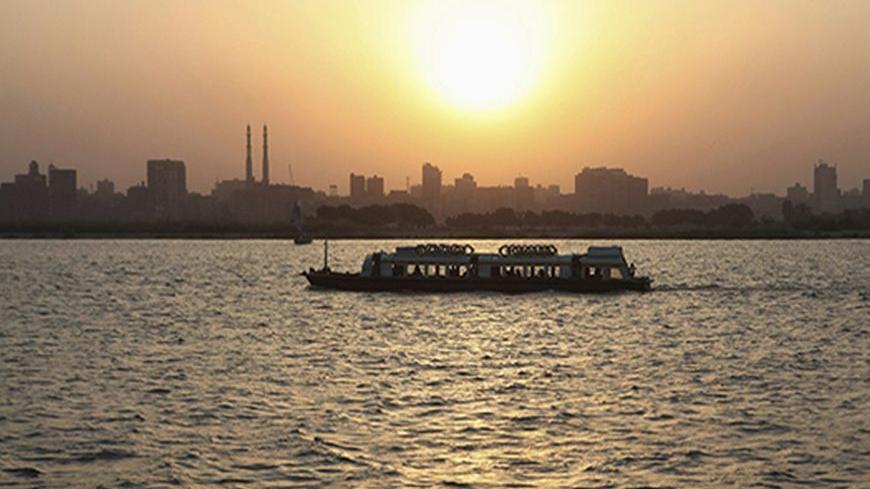 Switzerland, Germany, France, Luxembourg, the Netherlands, Austria, Liechtenstein, Belgium and Italy are nine European countries that closely and productively cooperate to protect the Rhine River from pollution, and monitor the quality and the density of its water flow to ensure its optimal utilization. The river covers an area of 200,000 square kilometers (124,274 square miles) and reaches 20 million people. This cooperation is carried out by several bodies, notably the International Commission for the Protection of the Rhine (ICPR), which was founded in 1953 by Switzerland, Germany, France, Luxembourg and the Netherlands. The ICPR also coordinates with the European Commission and operates according to the Convention on the Protection of the Rhine, which was signed by the member states on April 12, 1999.

These European countries constitute a model for peaceful and civilized cooperation, despite their ethnic diversity and linguistic differences as well as a long history of political disputes. This is the message that the Strategic Foresight Group’s (FSG) “Blue Peace in the Middle East” initiative seeks to convey to the countries of the Middle East. FSG therefore organized a trip to the Rhine between Germany and Switzerland, in which politicians, experts and reporters from Turkey, Iraq, Lebanon, Jordan, Syria, Egypt and Saudi Arabia — including an Al-Monitor reporter — took part.

This visit took place Sept. 24-27, and was hosted by the Swiss Agency for Development and Cooperation (SDC) and the Swiss Federal Department of Foreign Affairs. The trip included visits to water-monitoring facilities along the Rhine in Germany and Switzerland as well as meetings with Swiss and German officials. The latter explained the operation mechanism of local and international committees for the protection of the Rhine — from upstream in Switzerland down to the estuary in the North Sea — to the visiting delegation, which brought together about 35 participants.

There is no doubt that this European experience in water and environmental cooperation is a great example to be followed in the Middle East and other regions. The interventions of European officials and experts impressed the participants, who expressed their desire and aspiration to repeat the same experience at home by establishing a regional council for water in the Middle East and promote cooperation among riparian states of the regional rivers — namely the Tigris and Euphrates rivers. Cooperation ought to start from sharing information on the quantities of water flowing down, controlling water pollution, the flow rate, the prospects of floods and fair distribution of water.

Although the European experience has proven to be a success, it would be difficult to implement the same scenario in the Middle East, as the region is riddled with obstacles. Most important, one ought to mention the political conflicts between countries in the region, which render the talk about water cooperation impossible and a mere scientific luxury, especially in light of the political, military and sectarian conflicts plaguing the region — in Syria and Iraq and their extensions to Turkey, Lebanon and Jordan. This is not to mention the Israeli-Palestinian conflict, which makes the talk about water cooperation with Israel and the Arab states pointless, given the Israeli occupation of Palestinian, Syrian and Lebanese territories and the persistent issue of the Palestinian case and refugees.

The launchers of the Blue Peace initiative, in which many former ministers from the countries of the region participated — including former Turkish Foreign Minister Yasar Yakis, former Lebanese Finance Minister Mohammed Shateh and the former Iraqi human rights minister Bakhtiar Amin— believe that water cooperation between the region's countries may be a factor that could trigger peace in the region. The premise of the initiative is that "two countries that are bound by an effective water cooperation [agreement] are not likely to slide into war for no apparent reason."

This approach needs to be closely examined whether at the global or the regional level, to ensure its feasibility and viability. Normally, political consensus and peace precede water, economic, scientific and cultural cooperation between two countries.

Indeed, the European cooperation — whether at the European Union or regarding the Rhine — took off after the end of wars between European countries in the early 1950s. This cooperation culminated in the signing of the Maastricht Treaty for the establishment of the EU in February 1992 and the Convention on the Protection of the Rhine in 1999.

During her intervention at the ICPR headquarters in the German city of Koblenz, Anne Schulte-Wulwer-Leidig — ICPR deputy secretary-general — stressed that political consensus constitutes a prelude to water and environmental cooperation. She mentioned the Sandoz chemical spill, which was caused by a fire in the insecticide warehouse of Sandoz Ltd. near the city of Basel in Switzerland on Nov. 1, 1986. The subsequent extinguishing of the fire caused chemicals to enter into the Rhine. It turned out later the stored chemicals that entered the river included disulfoton, a toxic substance that caused the death of thousands of fish.

This incident caused the ministers of the Rhine countries to meet on Nov. 12, 1986. This is when the Rhine Action Program was adopted and necessary measures were taken to protect the river from pollution, and to establish stations to monitor the river's waters. The Swiss and the German sides agreed to establish a joint monitoring station in Basel.

This disaster urged many political, scientific and technical parties to employ concerted efforts to decontaminate the river and revive its animal life. Today, the Rhine is free from any contamination. Its animal life has been restored, namely the precious salmon. The Rhine has also become safe for swimming and drinking.

This is unlike the case of many rivers in the Middle East, which are highly polluted — the Tigris and Euphrates rivers and the Jordan, Yarmouk and Litani rivers, among others.

The visit began with a meeting with SDC officials at the headquarters of the Finance Ministry in Bern, where the Blue Peace initiative and the European experience of the Rhine were discussed. Moreover, the delegation's members of parliament (MP) and politicians met with Swiss MPs and officials.

Al-Monitor learned that the Swiss side inquired about the nonparticipation of the Israeli side in the initiative. The Lebanese side said that it rejected the participation of Israel due to the state of war between the two countries and the boycott of Lebanon and Syria against Israel, stressing that water-problem talks come after resolving the Palestinian issue, including the issues involving the occupied territories and Palestinian refugees.

The field trip started the next day with a visit to the Swiss water-monitoring station, followed by a visit to the joint German-Swiss station in Basel. The delegates were briefed on how the station's workers take samples of the Rhine water several times a day to determine the amount of harmful and toxic chemicals and report back to the ICPR.

The third day, the participants visited ICPR headquarters in Koblenz. A number of officials in the commission and the German Federal Institute of Hydrology discussed the working mechanisms, achievements and prospective projects of the commission. German officials and researchers — in addition to participants — asked about ways to convey the European experience to the Middle East, and convince some countries of the region to cooperate and share the water instead of monopolizing it under the pretext of being an upstream country with a sovereign right to invest in water. Participants agreed on activating the media committee and developing a website to promote the initiative and the issue of water in the Middle East, in addition to producing a documentary film.

Therefore, Switzerland — a neutral European country — is trying through the funding of the Blue Peace initiative and extending the funding for two additional years to find a common ground for participants and encourage them to cooperate regarding the issue of water. The head of Indian SFG, Sandeep Waslekar, insists on finding a Turkish-Iraqi rapprochement after the elections scheduled in 2014 in both countries, to promote water cooperation and establish a regional council for water cooperation or a joint Iraqi-Turkish committee.

The visit to the Rhine comes as a complement to the Blue Peace in the Middle East initiative that was held in Istanbul in March 2013. A meeting in the Jordanian capital will follow in November, where SFG’s report titled “Water Cooperation for a Safe World: Emphasis on the Middle East” will be presented.

It is important to note that the Rhine is one of the most important European rivers with a length of about 1,232 kilometers (765 miles). It is linked to other important rivers such as the Danube and the Rhone, rendering it a significant internal navigational passage through which Dutch and German ships transport coal, oil products, ore and grains. This river played an important role in delineating borders. In addition, Romans built colonies on this river in Cologne in 38 B.C. It was also a subject of dispute between European countries, notably France and Germany.