French Judge Aude Buresi is leading the European delegation, and was scheduled to interview at least 15 bankers and business figures in the country tied to Salameh. 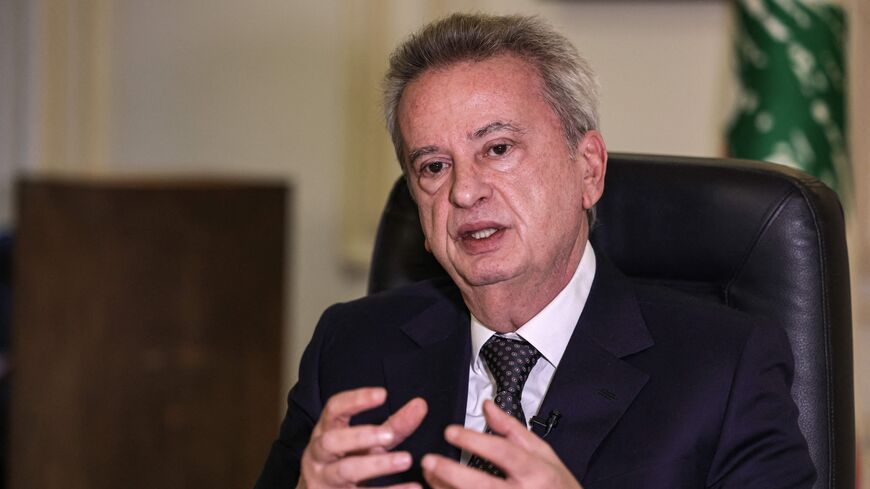 A European delegation arrived in Lebanon this week and started the investigation into money laundering and financial crimes allegedly committed by Riad Salameh, the country's central bank governor.

The judicial delegation from France, Germany and Luxembourg started the interview process on Monday. It centers around Salameh and his associates on allegations of laundering of public money in Europe. Swiss authorities revealed in a 2020 letter published by the Financial Times, that they suspect Salameh and his brother Raja of embezzling more than $300 million from the central bank between 2002 and 2015 through transactions to an obscure offshore company, Forry Associates.

Swiss investigators allege that the offshore company was controlled by Raja Salameh, who funneled the money from Forry to a Swiss bank account.

French Judge Aude Buresi is leading the European delegation, and was scheduled to interview at least 15 bankers and business figures in the country tied to Salameh, Lebanese media reports including 961 news website said. The list includes:

Al-Monitor can not independently confirm this list. Salameh will not be questioned during this round, but the European judges, in collaboration with the Lebanese judicial system and currently leading the investigation, are set to hear from witnesses throughout the week.

The National newspaper reported on Monday, after reviewing an attachment order written by Buresi, that the money trail is filled with discrepancies. "[The commissions] do not correspond to any real service performed by Forry … and benefited Riad Salameh and his relatives without the knowledge of his employer, the Banque du Liban [Lebanon’s central bank].”

The Salameh brothers have denied any wrongdoing, claiming that these commissions were not made with public money.

Nevertheless, the European prosecution is tracing an intricate web of transfers that involves several bank accounts in different countries — including Lebanon, Switzerland, Luxembourg, the Virgin Islands and Cyprus — landing in investment projects, accounts and luxury properties belonging to the Salameh brothers.

Why it matters: Lebanese authorities were uncooperative with the European judges, retaining information from accounts owned by Raja Salameh that they were able to review. Lebanon has a strict Banking Secrecy Law that prohibits the sharing of banking information with any entities unless approved by the Special Investigation Commission, chaired by Riad Salameh.

According to Article 1, those aware of such data are not allowed to “disclose any information known to them about the customers’ names, funds and personal matters to any party, be it an individual or a public authority, whether administrative, military or judicial.”

The European visit and Salameh's investigation comes as Lebanon is struggling with an unprecedented economic crisis. Banks could not give depositors most of their savings due to mismanagement of funds and informal capital controls with weekly and monthly quotas that differ by the financial institution.

Lebanon is battling one of the worst economic collapses in its history. The country is witnessing a daily hike in the prices of all goods, basic necessities, and oil and gas. The local currency has lost more than 90% of its value over the last two years with $1 equivalent to 48,500 Lebanese pounds currently, while it was pegged at 1,500 pounds to the dollar just three years ago.

The local judiciary has been unable to carry out the needed independent investigations and the political leadership has been unwilling to cooperate. The root of the problem goes back to decades of corruption and mismanagement of public funds by a network of key figures. So far, there seems to be no political will by the country’s leadership to find a solution.

Zeina Wakim, a lawyer who heads Swiss organization Accountability Now that filed legal complaints against Salameh and affiliates in Switzerland, France and the United Kingdom, told The Associated Press that she expects "limited cooperation" from the Lebanese authorities due to their close ties to the banking leadership.

“The delegation will realize what it means to have the 18 largest banks in Lebanon controlled by the elite. …  Any genuine and real cooperation in Lebanon — be it a bank, public official, or judge — would be a strike to the system itself because of this connection between the banking oligarchy and the political elite, and obviously the governor of the central bank,” she said.

Banking and Finance
Courts and the law