Remembering the Failures Of the Yom Kippur War

The legacy of "failure" in the Yom Kippur War still affects Israel's political and military leadership. 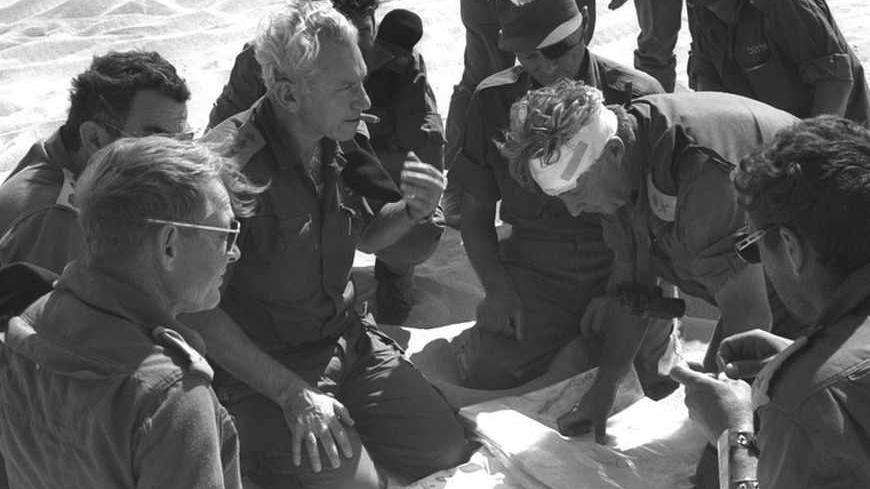 In a candid conversation between Yitzhak Rabin and the journalist Niva Lanir for Davar Israeli in 1980, the late prime minister reconstructed the days following the interim conclusions of the Agranat Commission, the national commission of inquiry into the failure of the Yom Kippur War. In his conversation with Lanir, Rabin, who served as the minister of labor and welfare in Prime Minister Golda Meir’s government, recounted the shock he felt when he understood that Meir and Minister of Defense Moshe Dayan intend to adopt Agranat’s conclusions, which absolved them of responsibility for Israel’s unpreparedness for war and placed it fully on the military.

“There was no chance that I would accept the conclusions of the report,” said Rabin. “There was not and there will not be a chance that I would place responsibility on the military, if it’s not also placed on the political ranks who are in charge of it. The expression 'I boiled with anger' is an understatement of an understatement to describe what I felt. The government should have rejected the report. I left the meeting furious about the process from its start, about the findings and the willingness of the prime minister and the minister of defense to accept them.”

The continuation of this story is well known. While the government accepted the findings, the public protests did not quiet down nor did the public accept the absolution of responsibility for the political ranks, bringing about the resignations of Meir and later of Moshe Dayan. The defeat of the Maarach, the predecessor to today’s Labor Party, and the power reversal of the 1977 elections were a direct continuation of that same atmosphere among the Israeli public.

The Agranat Commission marked the first time an entity outside of the government was entrusted with the work of inquiry, assuming the investigative authority of the government. Following its conclusions, two years after the war the Basic Law of the Army was passed, which codifies the power relations between the government, the minister of defense, and the commander in chief of the Israel Defense Forces. The law establishes that the military is under the authority of the government and subordinate to the minister of defense. In this respect, the Yom Kippur War was a watershed moment, from which going forward responsibility for a security failure on a national scale would be placed first and foremost on the political ranks.

There were and still are many ways in which the trauma of the Yom Kippur War is expressed in the Israeli collective memory, resurfacing among today, 40 years after that terrible war.

In his conversation with Lanir, Rabin mainly stressed the ethical dimension of the responsibility of the political ranks for military failures, but in the institutional memory of Israeli governments from then until today, the Yom Kippur War not only legally established their responsibility over the military but turned this notion into a principle. The war also serves as a monument to the personal disaster of two political giants, Dayan and Meir, who were banished in dishonor from their posts and never recovered. The political price that they paid played a critical role in the change in consciousness among Israeli prime ministers and defense ministers, all brought about by the war.

This meant that a failed war or a military oversight could end a promising political career. With the image of Meir and Dayan in its mind’s eye, the public would not be impressed by any shirking of responsibility and would demand that its leaders pay a personal price. Younger generations as well, who demanded that Prime Minister Ehud Olmert resign after the interim findings of the Winograd Commission, which investigated the failures of the Second Lebanon War, knew to recall Meir and Dayan, even if they were not yet born in the era of their resignations.

While Olmert, with whom the findings placed responsibility for a number of mistakes, did not actually resign, he emerged weaker and politically vulnerable afterwards. He was later crushed in the polls and forced to leave his post because of his entanglements in various criminal investigations. It could be that without the war, he would have survived those investigations as prime minister. The defense minister during the Second Lebanon War, Amir Peretz, turned from the new promise of the Labor Party into a pale shadow of a politician at the nadir of public support.

Former Prime Minister and Defense Minister Ariel Sharon was forced to leave the Ministry of Defense in humiliation after the Kahan Commission's investigation of the massacre at the Sabra and Shatila refugee camps in Lebanon in 1982 and held him personally responsible for the events. Humiliated and publicly condemned, he was pushed to the sidelines of politics and was only able to recover and return to the front of the political stage twenty years later. Because of the events of the First Lebanon War, Sharon was considered a dangerous figure by many Israelis.

Former Minister of Internal Security Shlomo Ben Ami was in office during the events of October 2000, when thirteen Arab Israelis were killed by police fire. The Or Commission, which investigated the deployment of the police and its actions during the clashes, brought his political career to an end. The politician, who was thought to be a rising star in the Labor Party, was disqualified from serving in security posts because of his responsibility in that event.

The Yom Kippur War brought an end to the ambiguous division of responsibility between the political and military ranks and made the political ranks more vulnerable and exposed. Although the fear of a security action ending with a commission of inquiry sometimes has an emasculating effect on decision makers, this is a price worth paying to get rid of the legal no-man’s-land in which prime ministers conducted themselves prior to that war.