The Lingering Trauma Of the Yom Kippur War 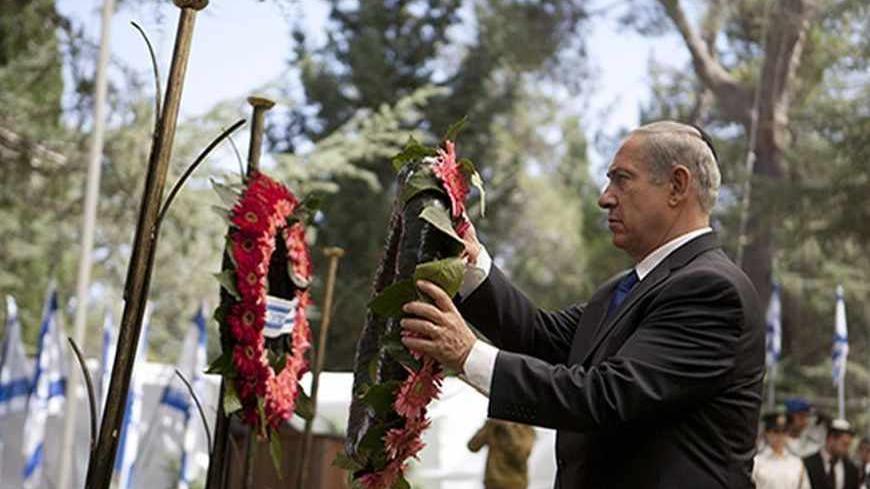 As if 40 years had not passed, the Yom Kippur War consumed the media landscape these past days, even capturing newspaper headlines and leading on television and radio newscasts. The talk shows and special broadcasts show photographs from the 1973 war, recordings from the military communication network and testimonies from the Agranat Commission that investigated the circumstances of the outbreak of the conflict.

The prime minister at the time of the war, Golda Meir, was featured in newspaper headlines on the eve of Yom Kippur, the Day of Atonement, after the testimony she gave to the Agranat commission was released for the first time last week, on Sept. 12. Her words were so powerful and shattering, as if she were speaking about a tragedy that happened just now rather than four decades ago.

Those who prefer new media could download the “October” application to their phone or tablet to bring together the fascinating stories of the war that has become a synonym for national trauma, intelligence disasters, blindness and arrogance. At the same time, academic conferences, panels and exhibitions are being held dealing with the war.

What is no less fascinating than the media and academic attention is the great interest shown by the public through the tremendous amount of words recently written about the war and in the photos and sounds from it. According to data from the Israel Audience Research Board published on Sept. 15, television programs about the war have received impressive ratings on every channel, even compared with the reality shows that regularly top the charts. This data reveals that even the very young, born long after the Yom Kippur War, and immigrants who arrived after it have shown a keen interest in it.

Thus even if for a moment one could claim that this was an over-the-top, overexposed media event blown out of proportion, the public’s willingness to consume so much information of all sorts about the war proves the opposite. The contemporary debate about the conflict, its results and impacts, is also fitting and relevant. After all, there is not a single aspect of our lives that has not been affected by it, or more correctly, by the trauma that followed it and is still not fully understood, starting with the concept of security and on to culture, politics and diplomacy.

There’s another thing without which Israelis would not have been exposed to so much new information — the willingness and openness of soldiers, families and commanders to unload the heavy weight of their stories they had not previously told. Why is this happening now? We’ve already marked one, two, and three decades since the war. What caused it to resurface this decade in such a powerful way after so much time?

It seems that Israelis collectively needed 40 years to begin to process a trauma that was before too difficult to grasp and examine. On the one hand, books, studies and articles have been written over the years about the war, but nothing equals what Israelis have just now experienced. Maybe it was a kind of catharsis, a confrontation of fears and questions. Maybe the perspective of so many years was needed to touch the raw nerves exposed by the terrible war. As with every trauma, or a big and surprising event in a person’s life, time and distance are required to return to and understand it fully.

In this case, the event was so unfathomable, surprising, hard to grasp and traumatic that as a collective, Israelis needed four decades to start to process the failure of the Yom Kippur War and its impact on us. Thus, it’s no coincidence that some of the testimonials were given for the first time this year by the soldiers or their families. They also needed a lot of time to return and confront the memories and the national calamity. Only thus will the real process of healing begin.