Why more and more secular Israelis are fasting on Yom Kippur

Recent studies show that more Israelis are fasting on Yom Kippur not so much as a religious ritual, but as a way to reconnect with their Jewish identity or create their own spiritual space. 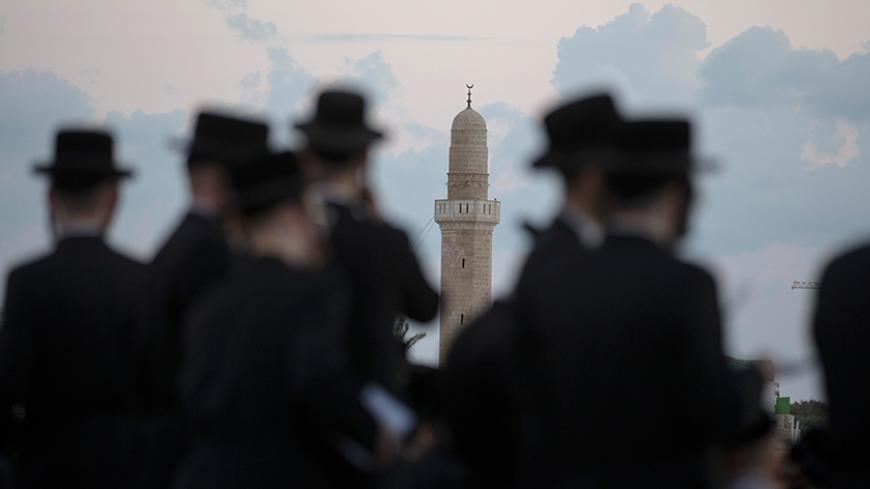 Jewish worshipers take part in the Tashlich ritual on the shore of the Mediterranean Sea ahead of Yom Kippur, in Herzliya, near Tel Aviv, Oct. 2, 2014. - REUTERS/Baz Ratner

A 2010 survey conducted by the Central Bureau of Statistics showed that 25.7% of secular Jews in Israel aged 20 and older fast on Yom Kippur. It also showed that the customs most frequently observed among the secular are participation in traditional Passover dinner ceremonies — 81.5% reported celebrating the Seder and 67.3% lighting Hanukkah candles — festive family occasions that are not physically or spiritually difficult, like a day-long fast.

In another survey, conducted by the Bina Center, leading up to Yom Kippur in 2013, the portion of secular Jews who intended to fast rose to 46.5%, a significant increase.

Indeed, many members of the secular Jewish public in Israel actually choose to fast and visit a synagogue on Yom Kippur. The Israeli news website Mako published a provocative article three years ago, wondering: Is there a point in a secular person fasting on Yom Kippur, when he'll continue sinning the next day?

When Rona Speisman of Tel Aviv spent the last Yom Kippur in Vietnam, she brought a prayer book with her. "I ate a breakfast meal of Pho soup with meat and fish wrapped in banana leaves," she describes the rather non-kosher meal. In Speisman's opinion, there's no contradiction here. "It's my favorite food," she told Al-Monitor, "On Passover I eat shrimp, but because I refrain from eating leavened foods, they wouldn't be fried in breadcrumbs [which are forbidden only during Passover]." Speisman doesn't apologize for her unique way of observing Jewish customs. For her, "It's meaningful to do what my parents and grandparents did in a little town in Poland. It's powerful. The coming together of family and tradition that accompanies you is what it means to be Jewish in my view. The connection between that and what the state and the establishment consider religion is marginal."

She said, "I've always fasted on Yom Kippur, starting at age 12. I saw it as something adults do. The fasting is important to me, and Yom Kippur is important to me. It's a meaningful holiday. It's simply being with yourself, a good time to process things and think about things. I don't know how to answer the question of whether I believe in God, but it's a time for self-assessment."

Eran Baruch, the director of the Bina Center for Jewish Identity and Hebrew Culture, identifies a consistent trend in the last 10-15 years of interest in Jewish identity among the secular public. "The secular rebellion against religion and tradition has faded," he told Al-Monitor of the changes since Israel's establishment. "To a great extent the cultural secular narrative of the labor movement hasn't succeeded in creating a deep and powerful enough experience."

On this point, religious scholar Tomer Persico, a research fellow at the Shalom Hartman Institute and the academic director of Midreshet Alma (an association for the study of Hebrew culture and tradition), agrees with Baruch. "The model socialist society established by Mapai has broken down, and there's a need for another answer," he told Al-Monitor. "And that's where the renewed interest in tradition and the increased secular interest in Yom Kippur comes from."

Persico sees this trend in other places, like pluralistic study houses, Kabbalah movements and the growing interest in liturgical poetry. "Yom Kippur got the reputation of being the holiest day of the year; it's become a brand," said Persico. "Of course there are traditional reasons for its importance, but among the wider public it's simply received as good public relations, and I don't say this negatively."

Rabbi Benny Lau, the head of the 929-Tanakh Together initiative, an online initiative for learning a daily chapter of the Bible, told Al-Monitor, "Every person defines himself by many identities and associations, and to the point that he identifies as Jewish, Yom Kippur is the most intimate day. One of the greatest motivations for a person is to belong to a circle of belonging, and Yom Kippur enables that."

The difference, in Lau's opinion, between the holiness of Yom Kippur and other Jewish fasts like Tisha Be-Av is that "Yom Kippur is unique in being a fast without mourning. Tisha Be-Av has heavy political implications. Yom Kippur is free from that. It's quiet introspection, a big cleansing and joy in silence, a sterile space to stop and continue forward from there."

One of the recurring points regarding the secular attraction to Yom Kippur is the sense that the rabbinic establishment doesn't force it on the Israeli public. "There's no law related to the customs of this day, and perhaps that's why people have the motivation to fast. The moment the legislator intervenes, solidarity breaks," Lau said.

Baruch agrees with him, saying, "On Yom Kippur there's no religious coercion, and so more secular Jews feel comfortable participating in it."

Persico thinks the secular interest in Yom Kippur expresses "an ethos of individualism and authenticity. There's no entry into a compulsory system. It's far from a person's becoming religious and seeking the burden of the commandments. You could even say that the irregular and voluntary participation allows the secular public to forge a Jewish identity that isn't Orthodox and isn't obligated to keep the commandments. It's an alternative to becoming Orthodox and not a way to become Orthodox. Secular Jews create an independent spiritual path for themselves."

Speisman expresses the same view in practical terms. "I'm not going to become religious," she said. "My education and the way I was brought up won't allow me to become religious. I have an affinity for religion, but feel no need to change. I don't ask a question because I have an answer, and always had one."

Elin Ajam represents an opposite approach. After having fasted all her life, she only recently stopped. "As a teen I felt that I was forced to fast and I tried to break the fast with symbolic acts, but from age 20 on, I fasted fastidiously," she told Al-Monitor. "I would spend Yom Kippur at my parents' home, and I think the comprehensiveness of my approach stemmed from the fact that if you're anxious or confused, if life seems too abstract, the ceremony and the need to connect to something 'bigger than yourself' can be an anchor you're desperate for.''

For her, giving up the fast was a connection to the individualism and authenticity Persico spoke of. "The first time I spent Yom Kippur with my friends in Tel Aviv, with an authenticity that suits my lifestyle, I was euphoric," she concluded, "As absurd as it is, not fasting at all on Yom Kippur was the most purifying experience for me. It meant freedom and choice."