The Myth of Israeli Self-Reliance

Prime Minister Benjamin Netanyahu's statement that Israel relies only on itself contradicts Israel's military history, throughout which Israel has needed American arms shipments. 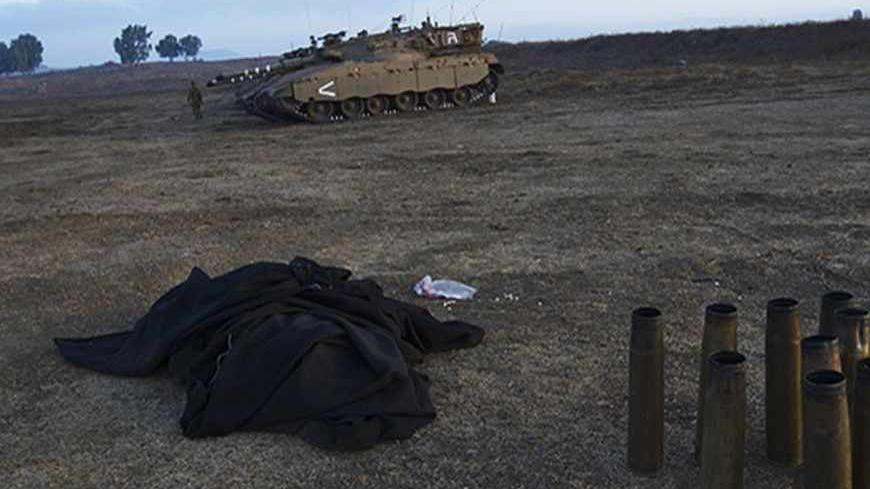 Exactly 40 years ago, according the Jewish calendar, in the middle of the Yom Kippur fast, the holiest day in Judaism, Israel was caught with its pants down, plunging from the standing of a smug and invincible regional empire to that of a beaten, scared, haunted state fighting for its life against superior forces.

On the occasion of this holy day [Yom Kippur is Sept. 13-14 this year and took place Oct. 5-6 in 1973], the Israeli press has been devoting hundreds of pages to stories about that trauma. More and more protocols have been released from the archives, and a tsunami of nonfiction books floods the bookstores. This is taking place in spite of the fact that more than half of Israel's citizens in 2013 did not take part in that watershed experience. (They had either not yet been born or had not yet immigrated to the country). On that Saturday afternoon of Oct. 6, 1973, at 13:55, when the sirens wailed and the fasting was cut short, thousands of Egyptian and Syrian tanks, along with tens of thousands of soldiers, charged a small contingent of Israeli forces that defended the Suez Canal and the Golan Heights. These troops crossed the canal and also nearly conquered the Golan Heights before they were stopped.

After the smoke dissipated and the dead were buried (Israel lost some 2,700 soldiers — an astronomical number compared with the size of the population back then of around 3 million people) and the POWs were exchanged, what has kept reverberating to this day is the statement by then-Defense Minister Moshe Dayan on the second day of the war: "I'm afraid of the destruction of the Third Temple."  That's what Dayan — the epitome of the omnipotent Israeli hero in international eyes — had said. That trauma is still alive and kicking today.

Let's fast-forward to 2013: Just before the holiday, on Sept. 11 — in one of his many speeches shortly after it became apparent that Russia and the US were embracing a diplomatic compromise in connection with Syria's chemical-weapons arsenal — Israeli Prime Minister Benjamin Netanyahu uttered a sentence that made the headlines across Israel's news outlets: "If I'm not for myself, who is for me, and if we're not for ourselves, who will be for us?"

The saying is taken from Pirkei Avot (Chapters of the Fathers) and is a mainstay of Israel's present-day doctrine. The following is a loose translation of what it means: Only Israel can help itself on D-Day. We, the Jews in Israel, cannot rely on anybody else. We mustn't rely on external help. We must be prepared for the possibility that nobody from the outside will come to our rescue.

What Netanyahu was suggesting was that the Americans cannot be relied upon when the decisive moment of truth comes in light of the fact that US President Barack Obama was backing down from the plan to strike in Syria, despite an explicit and authorized statement by his own Secretary of State John Kerry. If the Americans capitulate in this manner to a Syrian tyrant who butchers his own people with chemical weapons, how can they be expected not to fold when they have to face a power like Iran, which can set the whole region, indeed the whole world, on fire if it is attacked? Thus, according to Netanyahu, Israel will have to fend for itself and must not rely on anyone else. In other words, let's get those warplanes out again and beat anew the drums of war. After all, it's been a while since the Israeli dilemma — to strike or not to strike Iran on its own — was on the agenda.

In his usual fashion, Netanyahu is inaccurate — or worse, he is wrong and misleading. Israel stands no chance of coping with Iran's nuclear program all on its own. Netanyahu knows this full well. Israel has the capability of launching a military strike on Iran, but according to all estimates, such a strike would only inflict superficial damage to Iran's nuclear project, and in the medium term would only benefit it. In order for such a strike to succeed, Israel — once its warplanes return safely to base — will need American and international aid as well as immediate cooperation on action such as imposing an embargo and a naval blockade on Iran. Such a blockade is essential in order to prevent the Iranians from rebuilding whatever was destroyed in the bombing, if anything.

Israel will also try to get the United States involved in the strike, because only the Americans have the means, planes, aircraft carriers and bunker-busting bombs in the quantity and quality that can cause real damage to the bunkers into which Iran has shoved its nuclear project. The conclusion that comes to mind is that Netanyahu's statement doesn't have a leg to stand on. Israel is not wholly independent and there are quite a few things, including those that are essential to its security, that require that it seek foreign aid, backing and an international consensus.

Examples to support this argument can be cited from almost every pivotal event in Israel's history. The best example relates to the headline of this article and the war that was forced upon Israel on Yom Kippur in 1973.

At two key points in time — one before the war and one after its conclusion — Israel came to realize firsthand the limits of its power, and was forced to toe the line despite its own security interests.

That was the case on the eve of the war, on Oct. 5, and early Saturday morning, Oct. 6, the day the war broke out.

Israel already knew that war was imminent and realized that only a massive pre-emptive strike by its air force against the Egyptian and Syrian missile batteries and airfields would allow it to defend itself properly in light of the fact that the Israeli Defense Forces (IDF) had not mobilized the reserves and its regular forces were about to be overrun by Egyptian and Syrian divisions. And yet, then-Prime Minister Golda Meir tenaciously refused to authorize such a pre-emptive strike. The world, she told her generals, would not believe us that we were about to be attacked and would not accept the fact that we waged another war.

Fear of Washington gripped Meir, who was raised in Milwaukee and rose to lead the Jewish state. The bottom line was that Israel sacrificed thousands of soldiers, suffered huge economic losses and wagered its future by avoiding a pre-emptive strike merely  to avoid being criticized by the international community or risk an American weapons embargo.

Toward the conclusion of that war, after the IDF succeeded, with superhuman powers, to turn things around and invade Syria and cross the Suez Canal, the Israeli war machine was on the verge of collapse. Its air force had lost nearly a third of its aircraft and the armored corps had lost hundreds of tanks to the shoulder-fired missiles used by Egyptian and Syrian infantry.

Using airlifts and sea shipments, the Soviet Union — which was still around in those days — inundated Syria and Egypt with anti-aircraft and anti-tank missiles, tanks and planes. The United States was slow to follow suit and assist Israel. Then-President Richard Nixon, who was never considered a sympathizer of Israel, dragged his feet while his secretary of state, Henry Kissinger, also did not go out of his way to help. “Let the Israelis break a sweat” was the atmosphere in Washington. And the Israelis did sweat a lot until toward the end of the war, American Galaxy cargo planes began landing at Lod airport and dozens of F-4 fighter jets, weapons and ammunition were unloaded.

Without the American airlift, Israel would have found it hard to secure reasonable positions at the conclusion of the Yom Kippur War.

Similar situations occurred on many other occasions. Incidentally, even during the Second Lebanon War in 2006, the United States carried out a quiet airlift to Israel of smart bombs and various other munitions.

Israel does not store large stockpiles of weaponry and ammunition and therefore can only engage in war on multiple simultaneous fronts for a limited period of time. That's the reason why the United States keeps its own emergency warehouses in Israel — so that they can be used as a strategic reserve for Israel in an emergency, when the going gets really tough.

So what's the upshot of this? The phrase "If I'm not for myself, who is for me?" was right for its time, but at the present time it belongs in Pirkei Avot and not in contemporary statesmanship. Today's world is more complicated and complex. It is much harder to manage in comparison with the old world, when the strong were strong and the weak were weak.

Israel must always rely on itself and be able to fight its enemies and deter them. On the other hand, it must not forget that in today's world, coalitions have to be built, support and logistics established and an international umbrella formed.

It's not only Netanyahu who cannot act on his own and rely only on himself. Look at President Barack Obama. Even he cannot do so. He needed a Russian move in order to climb down from his high horse, and now everyone is trying to come up with an international agreement to a diplomatic solution.

At the end of the day, Syrian President Bashar al-Assad will still be able to keep some of his chemical weapons and emerge unscathed. That will undoubtedly provoke Netanyahu to ask, again, "If we're not for ourselves, who will be for us?" In the end, in a historical perspective, he might very well be in the right.