US Should Reform, Not End Military Aid to Egypt

Egypt’s democratic transition is served by a new approach to US military assistance. 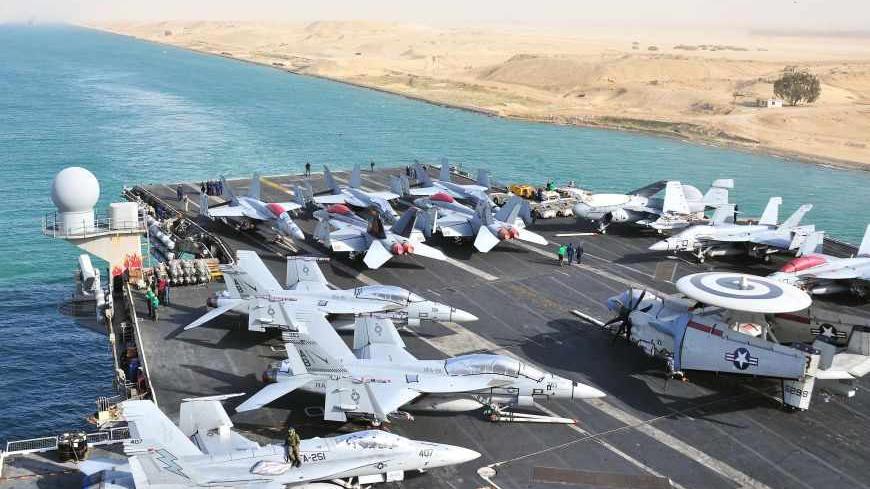 The aircraft carrier USS Enterprise transits the Suez Canal in Egypt in this Feb. 15, 2011, photo provided by the US navy. Egypt is the only secure maritime and air gateway to the Gulf, and good relations with Egypt are seen are key. - REUTERS/US Navy 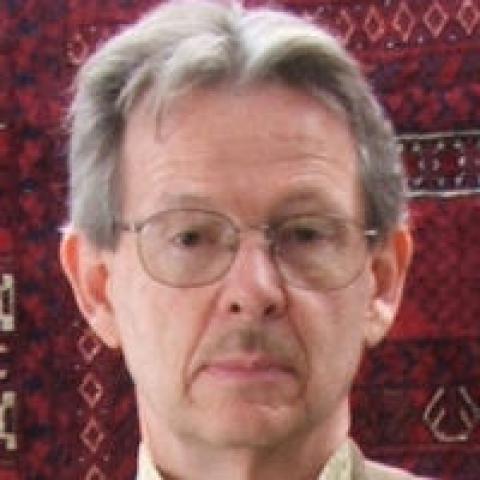 President Obama’s dodging and weaving in response to political pressure to cut US military assistance to Egypt may not seem heroic, but it may be the correct strategy, or at least the beginning of one.

A balance between US strategic concerns and the interests of Egyptians, including both civilians and the armed forces, is possible and the means to achieve it is revision of the assistance program.

Military assistance was initially provided to Egypt as a reward for reaching and preserving peace with Israel. As that peace took hold in the 1980s, rendering thoughts of war virtually inconceivable on both sides, the primary purpose of the assistance shifted. The Carter Doctrine, declared in January 1980 in response to the Soviet invasion of Afghanistan, initiated the direct projection into the Persian Gulf of US military power. That projection has expanded dramatically.

A brief look at a map reveals that Egypt is the only secure maritime and air gateway to the Gulf. US investment of some $40 billion of military assistance in Egypt has vastly reduced the logistical costs of maintaining what is now some 20,000 military personnel under Central Command, comprised of about 10,000 navy sailors and Marines, 6,000 air force airmen and 4,000 army soldiers. Expedited passage through the Suez Canal is important, but at least equally vital to CENTCOM’s mission is overflight permission, more than 36,000 requests for which were granted between 2001 and 2005, a rate now somewhat reduced but still remarkably high.

Moreover, it's not just the Gulf that the US and its European allies access through Egypt. It is also the primary gateway for both to volatile East Africa. Neither have viable alternative routes to these regions of strategic importance in which there are substantial American military forces.

If Egypt were to deny the US these privileges, it would have to substantially increase defense outlays to cover vastly larger logistical costs, or downsize forces in the Gulf. Indeed, downsizing would be a huge ancillary benefit of striking a nuclear agreement with Iran, but such a deal has yet to be struck despite positive signals from Iran’s new President Hassan Rouhani.

In the meantime, a unilateral withdrawal from the Gulf would greatly weaken Washington’s bargaining position with Tehran and heighten the already profound anxieties of America’s Arab allies. The logistical and strategic costs the US would incur as a result of denial of access through Egypt would exceed the $1.3 billion in annual military assistance, an amount that has not been increased since 1983. It now represents less than 0.5% of Egypt’s GDP, compared to the almost 10% of GDP that the aid package represented back in 1979.

Good bargain as this may be for the United States, it would be a fool’s bargain if military assistance contributes to undermining the country’s political stability, which it may well have done under Hosni Mubarak. Washington should not return to the status quo ante, propping up a dictator whose power rests on a military bloated by assistance that provides some 80% of its procurement costs and about a third of the overall military budget. Ideally US assistance should not only buy access, both political and military, but the stability that results from an inclusive government in which civil-military relations are more in balance, partly as a result of the military’s professionalization.

A reconfiguration of the overall aid package is the best means of trying to achieve these objectives.

Second, that amount — in addition to the $250 million annually in civilian aid appropriated over the past several years — should be delivered in such a way that parliament has more say in its allocation. At present the funds go to the Ministry of International Cooperation, whose decisions do require parliament’s approval, but which have never even been modified by the legislature. Some direct influence over this major component of the discretionary budget would help empower parliament, whose status has been upgraded in the present draft constitution, principally by awarding it the power to designate the prime minister.

Third, Washington should not insist that a part of civilian assistance allocated to enhance “governance and democracy” be reserved for NGOs, as it traditionally has done. This has been an enormously contentious, counterproductive issue and in any case funds can now be better spent elsewhere, most notably in institution building, including parliament itself.

The other side of the coin of re-allocating a portion of military assistance to civilian uses is to also re-allocate it from procurement of big-ticket items intended for the mythical all-out war with Israel, such as M1A1 tanks and F-16 aircraft — to what might be thought of as the “soft tissue” of a more flexible, professional and responsive military.

There are indications that ruling General Abdel Fattah al-Sisi is receptive to this change. Already in the fall of last year, negotiations over programming some $100 million of the 2014 aid package to border surveillance was successfully concluded. This augurs well for similar allocations for such purposes as counterterrorism, search and rescue, humanitarian assistance and upgrading of Egypt’s peacekeeping capacities.

After being appointed minister of defense in August, 2012, Sisi spoke repeatedly about the need to upgrade these types of capacities and to professionalize the military, which he hinted had grown slack under his predecessor. Implied by that professionalization is not only a military better trained and equipped to meet the wide and growing range of threats to the country’s national security, but one whose leadership is more able and willing to interact with the civilian expertise also vital to assessing those threats and crafting political-military responses to them.

Washington also needs to apply pressure on the military to shed a substantial component of the economy under its direct control. For years the military has fudged the issue of prohibition under its law of Foreign Military Financing-supported production being exported to third parties. Although it has not had much success, Egypt has repeatedly not only tried to do so, but has used the argument of potential weapons exports to justify the expansion of the military economy. The US Department of Defense is aware of such violations but has until this time not taken a hard line against them.

It would also be appropriate for the United States to raise the issue of the overblown military economy within the context of future assistance to be provided by the IMF and World Bank, the latter of which in the 1980s attempted to induce the government to privatize at least some military-owned companies. At that time, Washington did not add its weight to this pressure and no enterprises belonging to the three military-controlled holding companies were privatized. In the interim the military has in fact gained control of yet more of the previously state-owned enterprises that have been “privatized.” This sprawling military economy was the chief means by which Mubarak ensured the loyalty of his officer corps. There is reason to believe that the more-popular Sisi will not have the same need to buy off his officers.

Ultimately the Egyptian military also has to be downsized if the growth rate of the overall economy is to be substantially accelerated and the polity is to be freed from the pervasive influence of retired officers scattered throughout the administrative structure. The bilateral dialogue to this effect that began in desultory fashion in 1979-80 and which was abandoned as soon as Mubarak took power in 1981, should be resumed. And again, the prospects for its success under Sisi are better than they were when the military was viewed by the president and his minister of defense as a sponge to absorb potential political discontent among youth.

In sum, the United States needs to continue its military assistance to Egypt not only to serve its own vital security needs in the region, but to assist in the attempt to empower the newly emerging civilian government and to begin the long overdue process of professionalizing and downsizing the military and its economy. Cutting American assistance now would jeopardize all these objectives. What should be done instead is to re-program military aid through a process of dialogue with Egyptian officials and political actors, including officers and civilians, the latter’s presence in discussions of vital national security matters being one of the required changes.

Robert Springborg is an expert on the Egyptian military, a professor of national security affairs at the Naval Postgraduate School in Monterey, Calif., and the co-author with Clement Henry of Globalization and the Politics of Development in the Middle East. The views expressed here are his own, not necessarily those of the US military.