What is Turkey’s Role In Syria’s Islamic Opposition? 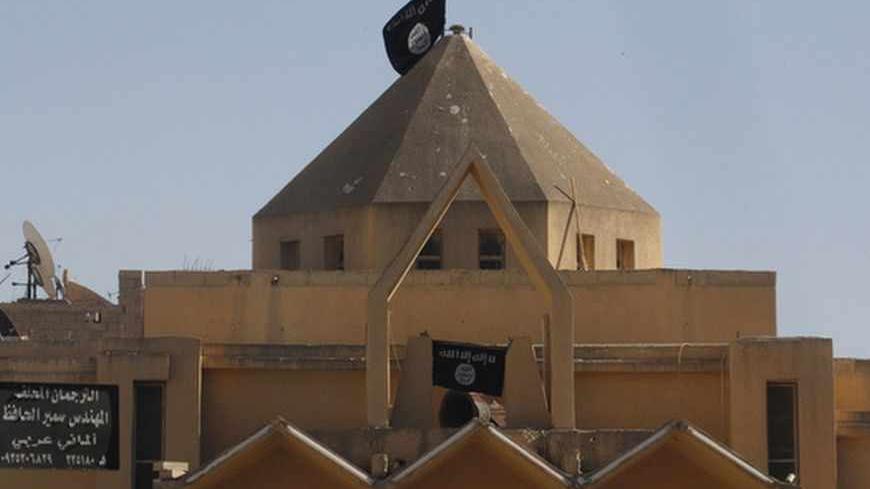 The Reuters story on Sept. 25 headlined “Syria rebels reject opposition coalition, call for Islamic leadership,” solidly confirms once again what a complicated mess it has become in Syria.

“A group of powerful rebel units have rejected the authority of the Western-backed Syrian opposition leadership abroad and called for it to be reorganized under an Islamic framework,” the article read. “At least 13 rebel factions were said to have endorsed the statement, including the al-Qaeda-linked Jabhat al-Nusra and the powerful Islamist battalions Ahrar al-Sham and the Tawheed Brigade.” It added: “These forces call on all military and civilian forces to unite under a clear Islamic framework based on Sharia law (Islamic law), which should be the sole source of legislation.”

To put it into context, Oytun Orhan, a veteran Middle East researcher at the Center for Middle Eastern Strategic Studies (ORSAM), told Al-Monitor that it would be best to take a cautious approach to this news. “While these are all significant groups that dominate the fighting opposition against [Syrian President] Bashar al-Assad's regime, it’s still premature to claim that Syria is on the path to becoming an Islamic Republic.” He added, “One needs to clarify the definition as to what it is exactly they mean while making references to Islam or Sharia. Are they talking about establishing a state all taking its references from the Quran, or are they calling people to unite around Islam? That said, this development hints that the Islamic-based opposition groups are gaining ground, and others are gradually taking steps toward them. Therefore, it would be best to understand this clearly without underestimating or exaggerating it.”

Yasin Atlioglu, a professor at the international relations department of Nigde University and an expert on Syria who lived there for a couple of years, concurs. “The field has become too complicated to make a sense of these news reports in an instant. It would be best to wait a little more to have a clear view of what this statement really stands for,” he told Al-Monitor in a telephone interview. “There have been, at least, 50 suicide attacks carried out by these groups. How did these jihadists come to Syria? One sincerely needs to question the role that Turkey played in it.”

Umit Ozdag, head of the 21st Century Turkey Institute, an Ankara-based think tank, told Al-Monitor, “This is a declaration of what’s already been known for a long time. There is nothing to be surprised about in this opposition statement. This is the whole reason as to why the West is not able to intervene in the Syrian field. The Muslim Brotherhood does not really have a strong base in Syria. Levant and al-Qaeda-like groups have the experience to fight this kind of fight now. And it’s impossible to expect them to cooperate and surrender their will to the Western-backed Syrian opposition.”

“Turkey tried its best to bring the Muslim Brotherhood to power in Syria. It did not work. Ankara now officially supports the Free Syrian Army and unofficially Salafist groups such as al-Qaeda affiliates. They also did that to curb the increasing advantage of the Kurdish groups in Syria, and they used these radical groups as a proxy to discourage them from declaring full autonomy in the north of Syria, historically a part of Kurdistan,” Ozdag said.

“Whoever danced with these radical groups in the past became their targets in the end,” Orhan told Al-Monitor. “Turkey officially has a clear position to support the Syrian National Council in political terms, and the Supreme Military Council of the Free Syrian Army in military terms, but it also indirectly extends support to these radical, extremist groups. And this carries the risk of becoming a security threat to Turkey in the mid and long term. Because the moment you stop meeting their requests, they will start targeting you.”

“Without making it clear who could replace Assad, Turkish Foreign Minister Ahmet Davutoglu approached the Syrian crisis in an ideological way, without learning the lessons of Iraq, and baselessly believing that the Muslim Brotherhood could take power,” Ozdag told Al-Monitor. “With that approach, he has drawn Turkey into the Syrian quagmire.”

While admitting that it is not easy to find the winning policy to fix the situation in Syria right now, Atlioglu told Al-Monitor, “I’ve already stated this from the beginning. If this issue were to be resolved within the first six months of the unrest in the country, there would be a hope to resolve this in a peaceful way. Right now. there is no clean exit from this conflict. But there is one thing for sure. I am talking to Syrians inside the country, and they are scared of all possibilities that may even bring the Muslim Brotherhood into power.”

He explained the reason: “Syrians are by and large secular people. They feel trapped thinking about their survival in the civil war and the rise of Islamists. Once Bashar al-Assad falls from power, it’s not clear to people what they are to do.”