The power and pomp that will be on display on Saudi National Day on Sept. 23 will mask broader contradictions in the Kingdom’s national identity. 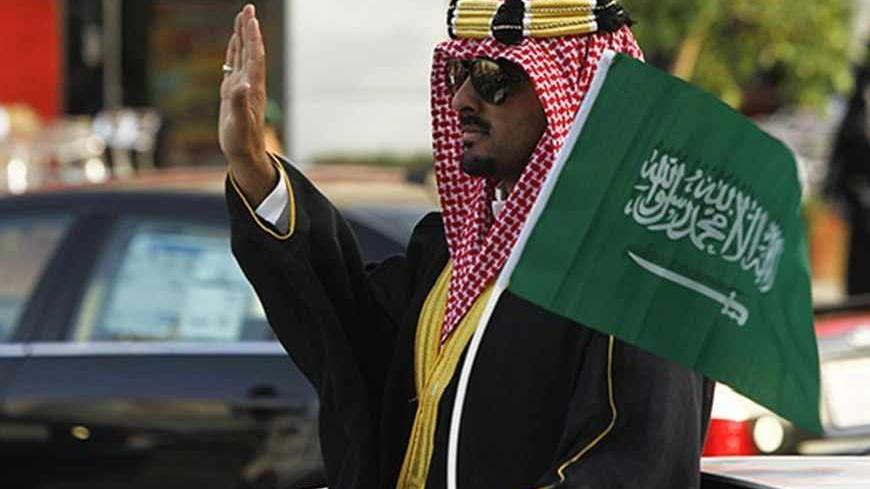 Saudi Arabia is preparing to celebrate its national day on Sept. 23, marking the unification of the country in 1932. The occasion is an opportunity to emphasize patriotism and national identity with a display of power and pomp for all to see. Yet Saudi national identity remains ambiguous and contested by linking the nation to the ruling Al-Saud family and its achievements instead of recognizing the past and diversity of the people. More important, the celebration takes place within the context of a people being encouraged to feel at odds with their past rather than reconciled to it.

Saudi Arabia was unified after 30 years of wars, from 1902 to 1932, in which people were recruited to fight under the pretext of purifying the land by banishing all signs of blasphemy, religious innovation and heresy. The unification of Saudi Arabia was considered a jihad to spread true Islam. From the beginning, it would be an endless, outward-looking project with its mission fought in the name of God.

As a political project clothed in Wahhabi religious garb, the unification effort played on religious sentiments and a desire to spread "true Islam" among a population believed to have fallen in its religious observance and commitment to religious purity. The unification of the country was constructed as a gift from a pious leadership bestowed on a people who had deviated from pure Islam. The salvation of the nation depended on obeying religious and political elites, both being sacrosanct.

This made Saudi Arabia unique in the Arab world, as it forged a religious nationalism different from the secular nationalism dominating other Arab countries. In Egypt, Iraq and Syria, among others, the nation was imagined to have a shared historical, cultural and linguistic heritage aimed on this basis (though without great success) to be inclusive. Arab nationalism in its Nasserite and Baathist versions proved to be a disaster in practice, under the auspices of authoritarian military leaders.

In contrast, in Saudi Arabia, the country was constructed as a pious nation with a mission to make others equally as pious. Its religious nationalism aimed to homogenize the people and provide them a mission. Yet, like the efforts of the secular Arab nationalists, the Saudi religious project proved to be problematic in not recognizing the pluralism and diversity of the people. It was from the beginning a project to annihilate differences first inside the country's internationally recognized boundaries and later beyond them. This religious nationalism endeavored to negate culturally derived Islamic practices and impose on others a generic Islam from the heartland of Arabia. It strove to maintain a divide between culture and religion, with the former always warranting suspicion, threatening to corrupt the latter, which was held up as eternal, unchanging and pure.

As a consequence, the Saudi religious nation was sadly divorced from its culture, which was criminalized and blamed for all society's ills. The religious nation must constantly be warned against "culture" creeping back and threatening to corrupt one's religious observance. Homogenizing the nation turned into a violent and excluding affair, using physical assault to eradicate culture in pursuit of unity and sameness. Culture was called upon only to celebrate the heroism of the leadership, invoking the old oral literature of chivalry, courage and bravery represented in swords, folk dances and songs and common dress imposed on the population. Aspects of local culture that challenged the dominance of the religious narrative had to be suppressed. With the spread of mass education after unity, there was no better place to start than the history textbook.

History became a mechanism through which youths could be persuaded to accept certain facts about the past, presented as filled with treachery, dissent, fragmentation and, most important, blasphemy. So young Saudis came to be taught to hate not only their pre-1932 past, but their own ancestors, who abandoned Muhammad's 7th century Islamic mission and corrupted it. They are told that their ancestors were treacherous tribal savages who lived on endless thieving and robbery. The depictions of them made the Vikings look like nice guys by comparison. Their ancestors were simply godless thugs who sold their souls to the devil. They worshipped charlatans, trees and stones and sought healing from sorcerers and witches, thus abandoning the first principle of Islam — there is no god but God. Against this supposedly embarrassing past, salvation materialized in the form of the Al-Saud leadership, who together with pious religious scholars, delivered them from damnation in the founding of the Kingdom of Saudi Arabia, a kingdom of God on earth.

Saudi history textbooks tell the story of post-1932 abundance and prosperity, both a product of the leadership’s wisdom and perseverance. Oil was a gift from god, extracted by infidels, who had to be restricted in their movement, lest they spread their corrupting ways among the true believers. Their presence had to be tolerated out of necessity, but interaction with them had to be be kept to a minimum. Women, in particular — as symbols of the nation — had to remain beyond their reach to mitigate against contamination and corruption.

A simple formula of combining the trappings of modernity with respect for religious teachings was envisaged as an approach to generating development. King Faisal referred to it as development within an Islamic framework. Its implementation has been harder to come by than the rhetoric, as the historical narrative has been challenged so many times over the decades.

The first rebellion, in 1927, simply challenged the forces that made the Saudi project a reality. The jihadis enlisted by the eventual founder of Saudi Arabia, Abdul Aziz Ibn Saud, in the 1920s objected to corrupting the purity of the religious nation through connections with Britain, the world's superpower at the time. Later, in 1979, their children staged a similar rebellion, this time seizing the Holy Mosque in Mecca and condemning the leadership for its suspicious relations with the United States, Westernizing influence and abandonment of its project to uphold the purity of Islam. In 2003, a new generation of jihadis chose to target a foreign residential compound in Riyadh where the despised foreign element had been confined to keep them away from the rest of the population.

Successive waves of rebellion have had their roots in configuring Saudi Arabia as a religious nation with two missions, one local and one global. At the local level, a commitment to keeping Saudi Arabia as an exemplar of piety and purity had to be upheld at all cost. Globally, a commitment to create a kingdom without borders had to be demonstrated, thus making it an obligation to purify the Islam of others from the same blasphemous practices that had plagued the Saudi population's Islam.

Such commitments are symptomatic of a grandiose project destined to collide with political realities despite the availability of economic resources to set them in motion. The Saudi leadership tries to respond to the taxing demands created by its own religious, nationalist foundation. While it benefits from projecting itself as a leading force politically and religiously, in such instances, it soon finds that its claims to support Muslim causes can be a double-edged sword. The leadership knows well that whatever it exports might come back to haunt it at a later stage. Yet, it is the one to be blamed for channeling the effervescence of religious nationalism abroad and delaying the emergence of a true Saudi nationalist identity.

In 2013, a Saudi national identity cannot be fully celebrated on National Day. First, Saudis must resolve the tension between a commitment to the local context and continuously pushing Saudis to not only forget the local but also to continue to condemn it as an embarrassing relic from the past. In short, Saudis need to reconcile with their own culture after decades of condemning it. The Saudi leadership has a vested interest in inflaming the imagination of its own people through overseas projects, but it must eventually recognize that such a policy is in the end counterproductive.

The upcoming National Day will pass as a momentary festivity that fails to strengthen a sense of belonging and commitment to a culture of contradictions. It will be an occasion only for the display of power and pomp, which many youths will probably subvert with excessive indulgence.