Saudi Arabia forced to rethink ideology in fight against IS

While Saudi Arabia and the Islamic State (IS) are both based on pan-Islamic ideology, the former feels threatened by Abu Bakr al-Baghdadi's efforts to create a multi-ethnic military force where local culture, language and ethnicity are submerged in one Islamic identity and polity. 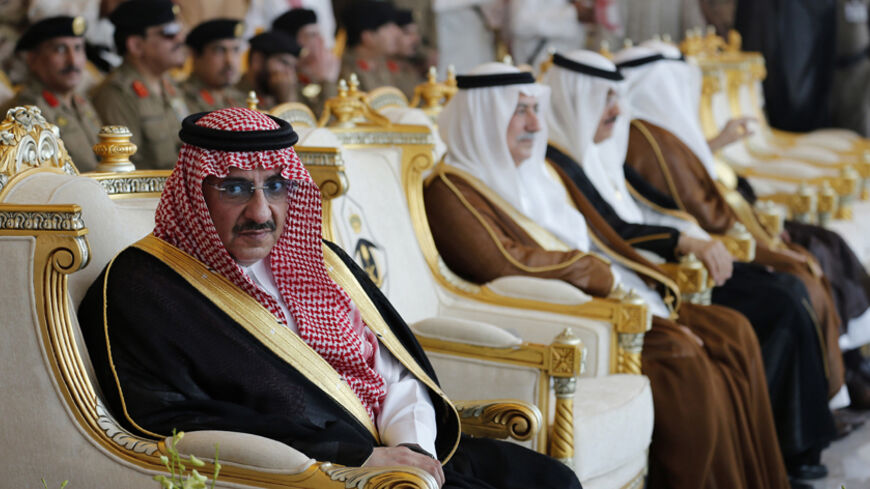 Many skeptic observers may easily dismiss contemporary caliphates such as the one that sprung up in Iraq and Syria in June as temporary eruptions playing on Muslims’ emotional dispositions and longing for a glorious past. However, the Kingdom of Saudi Arabia seems to have taken the challenge seriously. It quickly joined an international alliance against the Islamic State (IS) and declared the entity a terrorist threat. Given that Saudi Arabia had in the past sponsored and nourished groups very similar to IS that were later designated as terrorist organizations, for example al-Qaeda in Afghanistan, it is surprising that the IS caliphate is now considered a threat to national security. If pan-Islamism was Saudi Arabia’s antidote to the threat of Arab nationalism in a previous era, what is Saudi Arabia’s strategy today to fight IS? Leaving the promise of military might aside, the only solution is to lessen the similarities between the kingdom and the caliphate.

At the heart of the caliphate model of Abu Bakr al-Baghdadi is the promise of transnational connections that worry Saudi Arabia in a region where political borders had cut across tribal territories since after World War I. The population of northern Saudi Arabia consists of branches of tribes that live across the border in Jordan, Syria and Iraq. For instance, the Shammar of northern Saudi Arabia have “tribal” brothers and cousins as far as Hasakah in Syria and Jabal Sinjar in Iraq. This applies also to the Anaiza tribe and many others. All these transnational entities endorse "fictive" kinship ties that can be mobilized for the sake of forging solidarities and making claims on each others' resources, especially in times of hardship. Such fictive kinship and the trust that it invokes prove to be conducive not only for mutual support but also smuggling and other cross-border activities.

The transnational connections at the heart of the caliphate in its ancient and contemporary IS aberration promise to unite territories and populations that had been divided by colonial powers and later cherished by post-colonial states. Even in those Arab republics that were allegedly nationalistic promising to unite all Arabs, such as Egypt under Gamal Abdel Nasser and Iraq under Saddam Hussein, we find that populist leaders retained the rhetoric of unity against developing strong local nationalism. Those nationalistic leaders cherished and guarded the famous Sykes-Picot borders despite that they continued to denounce them in every inflammatory nationalistic speech they delivered to their enchanted audiences. Their history research centers celebrated local nationalism despite their commitment to pan-Arab variants of the same thing.

Of course, there is always the fear of terrorism spilling over from nearby countries to major Saudi cities and the good reception that IS quickly received among Saudis, especially after its spectacular success in Iraq and Syria over a short period of time. In its early days, in the summer of 2014, IS did strike a chord among Saudis who had been brought up on cherishing commitment to applying Sharia and erecting Islamic states. But these legitimate reasons for fearing IS do not fully explain the Saudi regime’s deep-rooted aversion to the model of the caliphate that Baghdadi promised last summer.

There are several reasons that prompted King Abdullah to take measures and join the international community in an endless war, reminiscent of the almost 10-year "war on terror" that left a lot to be desired.

The kingdom was never concerned with local emirates flaunting their Islamic credentials like the Taliban in Afghanistan. In fact, Saudi Arabia was one of the first countries that recognized the emirate back in the 1990s. So why was Saudi Arabia alarmed by an Islamic state flirting with an ancient model of Islamic governance, namely the caliphate?

Local emirates remain grounded in their limited niche and pose less of a threat to a kingdom that is itself constructed as a result of conquest over several emirates (Hijaz, Najd, Asir and Hasa). But the caliphate is something totally different and by far more challenging for the centralized monarchy in Riyadh that struggles to eradicate difference and impose an imagined homogeneity on a diverse population.

The pan-Arab nationalistic rhetoric alarmed Saudi Arabia in the 1950s and 1960s to the extent of seeking remedies in a counter pan-Islamic ideology that above all sought to dilute the Arab dimension of any unity by impregnating it with Muslims from all over the world. Back then, Arab nationalism was dubbed as "Jahiliyya," an age of ignorance akin to that dominant before the rise of Islam in the seventh century.

A kingdom that prides itself on a pan-Islamic ideology such as Saudi Arabia should in theory embrace transnational links rather than fear them. However, Baghdadi does not only promise to eradicate the old colonial borders but also seeks to merge Muslims in a multi-ethnic military force where local culture, language and ethnicity are submerged in one Islamic identity and polity. In the IS media empire, the diversity of Muslim nationalities among their fighters is celebrated to appeal to Muslims everywhere. A kind of perverse cosmopolitanism seems to be very dominant among the young fighters who have joined IS. But IS tolerates them only if they quickly abandon this cosmopolitanism and embrace an Islam totally detached from their own local cultures and ethnicities.

Isn’t this what the kingdom tries to do despite its rhetoric about pan-Islamism? Both the nascent caliphate and the Saudi kingdom offer models of transnationalism that are so similar with both reaching out to Muslims across cultures but with a view of homogenizing them and eradicating their difference. Both the kingdom and the recent caliphate are far removed from the ancient model of the caliphate that flourished in Damascus and later Baghdad. The kingdom and the caliphate are so similar that they are repulsed by each other. It seems that here similarity breeds contempt.

Baghdadi's caliphate as a state claiming to return to the imagined glorious past, ruling according to a strict interpretation of Sharia, incorporating diverse Muslims and molding them in one form is a pattern that is so familiar to Saudis. Enthusiasm for this model, at least that what is expressed on social media, is what threatens the kingdom. A current poll stated that only 5% of Saudis (around 500,000 people) see IS positively. Although questioning Saudis on their views on IS is in itself a risky business, such figures may not be so revealing of the degree to which IS has captured the imagination in the country.

IS has lately made its presence felt in Saudi Arabia when an attack on the Shiite Husayniyya during Ashoura mourning rituals claimed the lives of seven Shiite worshippers. Since then, several foreigners have been shot or stabbed in Saudi shopping centers. The last one was a Danish expatriate attacked under mysterious circumstances. IS claimed responsibility for the attack.

Fighting IS involves Saudi Arabia rethinking its state ideology and relations between rulers and ruled. Saudi Arabia may have succeeded in developing local "Saudi" nationalism as seen on television during soccer matches and national day celebrations, but this will have to be truly implemented as a strategy to incorporate diversity rather than eradicate it. Saudi Arabia may not survive for too long if it continues to discriminate against sections of the population — for instance, minorities and women — marginalize those who express dissent and apply a strategy of "infinite punishment" that criminalizes a whole range of acts from practicing sorcery to tarnishing the reputation of the kingdom in a short tweet. Allowing people to represent themselves in elected councils gives them a stake in the kingdom and bind them in ways that are stronger than the old oil for loyalty equation. By quickly moving toward these changes, the similarities between the kingdom and the caliphate may stop making sense with the latter losing its appeal.