The Oslo Accords are seen by many Palestinians as serving the Israeli occupation. 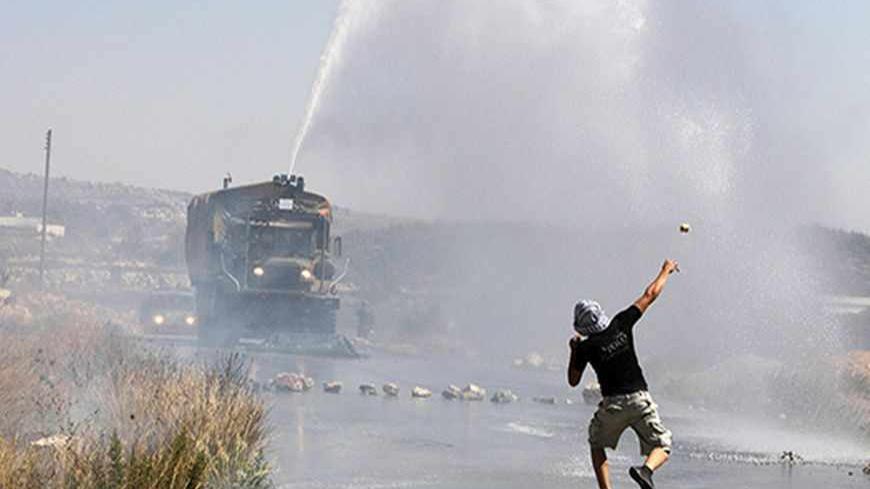 A Palestinian demonstrator calling for an end to the Oslo Accords hurls a stone as an Israeli truck fires a water cannon containing a foul-smelling substance during clashes at a protest in the West Bank village of Nabi Saleh, Sept. 14, 2012. - REUTERS/Mohamad Torokman

Twenty years ago, then-Palestine Liberation Organization (PLO) Chairman Yasser Arafat shook hands with Israeli Prime Minister Yitzhak Rabin on the White House lawn to publicly declare mutual recognition and to sign the interim memorandum of understanding that had been agreed to in secret talks in Oslo. The Oslo Accords and the various agreements that stemmed from them have become the main reference point between Palestinians and Israelis. But instead of being a precursor to permanent peace, these accords are seen by many Palestinians as the main source of the continuation of the Israeli occupation of Palestine.

There are 15 problems with the accords, as seen from the Palestinian side:

The backbone of governance and life for Palestinians continues to be dictated by the terms of an agreement signed in Oslo that favored Israel and its expansionist intent more than it prepared the ground for Palestinian statehood.