Norwegian Diplomat in Israel Doubts Settlements Can Be Stopped

After years of involvement in the Middle East, Norwegian Ambassador to Israel Svein Sevje is concerned that he is more worried about the future of Israel than Israelis are. 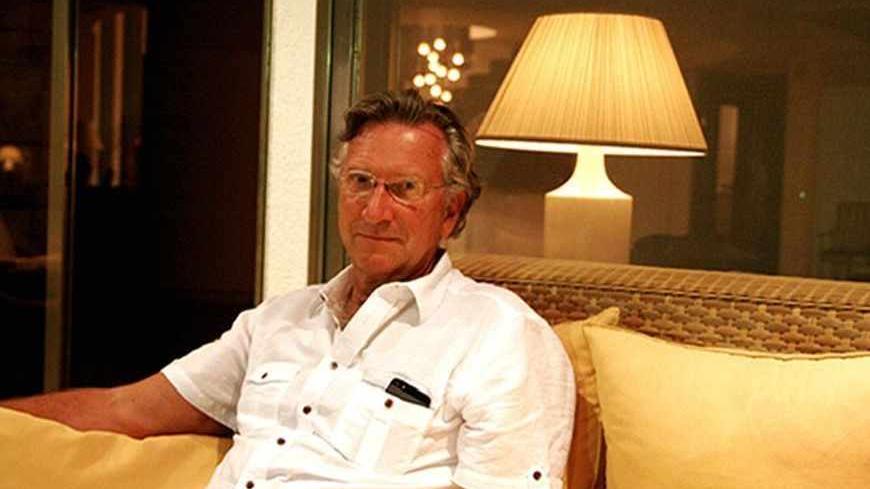 Few people have had the opportunity to become as familiar with Israel, the Palestinians and also Syria and Lebanon as Svein Sevje, Norway’s ambassador to Israel since 2010. It is difficult to find diplomats as professional as Sevje, who has accompanied the Oslo process for many long years on both sides of the fence, from Gaza to Tel Aviv. Sevje has also closely observed Syrian and Lebanese societies from both sides of Israel’s northern border.

The tall Nordic diplomat’s familiarity with the region dates from as far back as the Israeli occupation that began in the Six-Day War. A few months after the 1967 war, the (non-Jewish) student volunteered to work in Kibbutz Mishmar HaEmek in the Jezreel Valley. After three years, he returned there to join a Hebrew language school. In 1994, Sevje returned to Israel as deputy ambassador in Tel Aviv and was sent to establish a Norwegian representation in Gaza.

Sevje was privileged to break the good news to then-Prime Minister Yitzhak Rabin and Foreign Minister Shimon Peres when they won the Nobel Peace Prize in 1994, and sat in then-PLO leader Yasser Arafat’s office when Palestinian official Mahmoud Abbas (Abu Mazen) informed Arafat that Rabin had died of his wounds in 1995. Sevje well remembers the Palestinian president’s response: “Now, all red lines will be crossed.” From his perspective as head of the Middle East section of the Foreign Ministry in Oslo and as special Norwegian envoy for the peace process, Sevje sadly saw the materialization of Arafat’s gloomy prophecy.

Before residing in the spacious ambassador’s house in Herzliya Pituach (north of Tel Aviv), Sevje headed his country’s diplomatic representation to Syria and Lebanon. He kept close track of initial peace "feelers" between Israel and Syria, and took cover from the Israeli air force planes that bombed Beirut in the Second Lebanon War.

In an exclusive interview with Al-Monitor in the ambassador’s house, on the 20-year anniversary to the signing of the Oslo Accords, Sevje spoke openly about the brutality of Syrian President Bashar al-Assad’s regime and about Norway’s inability to affect the events in Syria. He tells us that a year ago, when civilians were being slaughtered “only” by conventional weapons, he asked then-Foreign Minister Jonas Gahr Stoere what had happened to the good ties with the Syrians. The interview follows:

Sevje:  He told me that we had reached the situation where we were forced to declare that the regime was illegal. The atrocities that took place in this war, and especially the bombing of Homs, created a deep-seated change in us. We could not sit down to negotiate with this regime, thus we lost much of our influence there.

Al-Monitor:  Many here say today that Israel is lucky not to have Syrians in the Golan. But according to your knowledge of the regime, do you think that things could have been different today if a peace agreement had been signed with Israel?

Sevje:  I believe that with such an agreement, Syria would have been a different country today: The emergency laws would have had to be removed; the regime would have carried out reforms. The regime was petrified, and they knew that any opening up to democratic values would mean a transfer of power, and they were not ready for it. A peace agreement with Israel would have meant an opening up to the world.

Al-Monitor:  Allow me one more speculative question: If the Oslo Accords had been implemented, would the Middle East have been different?

Sevje:  Certainly. I think it would have looked completely different. Even the Oslo agreement —  that was only an interim agreement — changed some of the dynamics in the Middle East in general and for Israel in particular. Israel discovered that there was a new diplomatic horizon. With a full implementation of the Oslo agreements, meaning a full "end of conflict" final-status agreement, the Middle East would have been different today. I am well aware of the fact that what is happening in the Arab countries around you has nothing to do with the lack of an agreement between Israelis and Palestinians, but it would have removed the pretext for blaming Israel for everything.

Al-Monitor:  What went wrong since the euphoria of the Oslo Accords?

Sevje:  There is no doubt that the assassination of Prime Minister Rabin was a watershed in the Oslo process, but I feel that even before that tragic event, a change came when Rabin said that there were "no sacred dates" regarding the implementation of Oslo. His reaction came as a result of terror and serious difficulties of implementation; this  took a lot of the pressure off the process, and eventually gave time for the spoilers on both sides who aimed at damaging the process.

Al-Monitor:  The situation had, of course, already well deteriorated after the massacre in Hebron and Hamas' response in the form of suicide bombings.

Sevje:  Another, third decisive negative factor was the fact that the settlement construction continued undisturbed and without major criticism. The results we see today: It is very difficult to see the practical and political rollback of the settlements to make room for a viable Palestinian state. The situation gives a certain credibility to the claim by settler leaders like [Deputy Defense Minister] Danny Danon, that the settlement project has become so successful that it cannot be pulled back anymore. The negative position of the Quartet, which has been following the implementation of the Oslo Accords, is very clear about unilateral actions on the ground, in reference to the settlements. But nobody was ready to stop their expansion.

Al-Monitor:  Norway is not a member of the EU, but do you think that the EU sanctions against the settlements, which have taken Israel by surprise, will be implemented, and will they be at all effective?

Sevje:  We follow closely the EU policy on the settlements. It should come as no surprise to anybody what EU views on international law are. When it comes to Norway, we are for the full implementation of the rule of law, human rights and international law, but we are against any boycott against Israel.

Al-Monitor:  Until when will the Ad Hoc Liaison Committee — the donor coordination group for the Palestinian people — continue to support a diplomatic process?

Sevje:  After 20 years of assistance, the donor countries are asking, with justification, why building institutions for a future Palestinian state makes sense when there is no vision of a Palestinian state. That is why it is so important that the now-ongoing negotiations lead to results. If they do not, we have a situation where donors most certainly will reconsider their assistance. The Palestinian budget is already under strain. A reduction in the assistance will first and foremost hurt the Palestinians, but in the longer run, Israel will be faced with demands to live up to its obligations under international law, to provide services for the population under occupation.

Al-Monitor:  You live here in Herzliya. Do you feel that people live here in a bubble? Isn't it time to ask Israelis what they really want, whether they want a two-state solution or, as some Israelis and Palestinians are suggesting, "one man, one vote?"

When I meet colleagues who speak about the situation today in negative terms, of how isolated Israel is, I remind them of those days after Oslo, how hopeful everybody was for Israel and the entire region's future.

It is hard to understand why such a large part of the Israeli population accepts occupying another people. When I ask Israelis about their vision for the future of Israel, they do not seem to be able to give answers. I meet more and more Israelis who say that they do not want a Palestinian state. The question is whether they are willing to grant the Palestinians full rights, according to the "one man, one vote" solution. There seems to be an increasing number of Palestinians who say, "If we won't get our own state, let's have the benefit of being part of a richer entity, with full rights."

Even if the argument had been correct, that all the blame for the lack of a final status agreement is on the Palestinians, at the end of the day, Israel will have to face this problem. The difficulty is to find an Israeli offer that any Palestinian leader can accept. Let's put it this way: It is not only the Palestinians who missed the opportunities. We hope the two sides will be able to make use of the present opportunities provided by the new round of negotiations.