Why Are Israelis so Happy?

The poverty rate in Israel is the highest among developed nations, and the Netanyahu government continues to slash budgets, so why are Israelis ranked so high in the World Happiness Report? 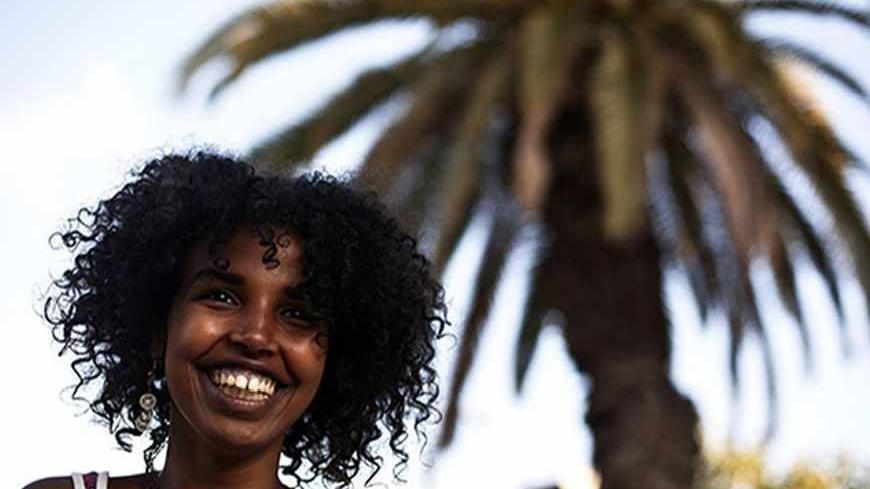 Kassa Yasso, a 22-year-old from Tel Aviv, is pictured at a tent camp on Rothschild Boulevard in south Tel Aviv, part of an ongoing protest against the high cost of living in Israel, Aug. 15, 2011. - REUTERS/Nir Elias

Happiness has a way of its own. The news that Israel was recently ranked 11th in the World Happiness Report of the Earth Institute at Columbia University was treated somewhat lightheartedly in the local media and immediately became fodder for black humor. Israelis, as reported, are not only happier than the Americans (who ranked 17th), the British (22nd) and the Germans (26th), but they improved their standing from the happiness report of 2012, when Israel was ranked 14th. In all, 156 countries were surveyed.

This week I recalled the cheerfulness that overcame Prime Minister Benjamin Netanyahu when the previous happiness report was published. It was on the first of the intermediate days of the Passover holiday, and Netanyahu jumped on the finding, quickly writing on his Facebook page, “It’s good to start the Passover holiday, when Israelis citizens rank themselves 14th on the World Happiness Report. We have room for improvement. Happy holiday.”

As it turns out, some dreams do come true. Here we have climbed three respectable spots upward toward ultimate happiness. This time, at least for now, Netanyahu is restraining himself, and as far as we know, he hasn’t responded to this achievement.

The truth: It’s a good thing. If we are happier, however, it is no thanks to the third Netanyahu government’s economic policy, which continues with a financial approach that harms the increasingly weaker middle class. Indeed, happiness in Israel is a kind of paradox. On the one hand, the middle class is collapsing, on the other hand, our happiness, at least according to Columbia University, is on the rise.

The best way to view this paradox is through the data, which, apparently, Netanyahu prefers to ignore. In April, the Organisation of Economic Co-operation and Development (OECD) published its report on poverty rates for 2013, with the amazing finding that Israel ranks first among its 34 member states. The report also counts Israel among the OECD countries with the highest income gaps.

According to data from the Ministry of Housing, 187 monthly paychecks are needed to buy an average apartment in Israel. In Sweden (5th in the happiness report) only 30 paychecks are needed. More data? A survey conducted by the Calcalist newspaper in June found that 87% of Israeli parents report that they provide financial support to their [adult] children. These are not 20-year-old children, but children in their 40s, parents to their own children. And their parents aren’t rich. They have average incomes, which are sometimes supplemented with pensions, old-age benefits from National Insurance or their savings to help their children make ends meet. And we haven’t mentioned the price of gas, among the highest in the world, and the uncertain retirement most of us face.

Despite all this, in the summer of 2013 we saw a record number of Israelis traveling abroad. Restaurants across the country are full. If the researchers at Columbia University need empirical evidence for their findings on Israel, they can easily find it. Even the social protest that erupted in Israel in the summer of 2011, bringing hundreds of thousands into the streets, was a happy, nonviolent affair with songs and a Woodstock atmosphere.

So what’s not right here? How could it be that in 2013, hundreds of thousands of middle-class Israelis live in economic uncertainty, without job security or the ability to save for their retirement, but can still be happy? How could it be that hundreds of thousands of people in the lower class, the contract workers who earn a minimum wage of only a few thousand NIS [a month], who walk invisible among us, without rights, without a present or future, are citizens of one of the happiest countries in the world? This is all without mentioning the built-in stress of life in a country threatened by nuclear weapons and surrounded by hostile [neighbors].

The paradox of Israeli happiness can be explained in that we’ve turned into an escapist nation. When most of our economic security is degraded year by year, our financial future is obscured, and in the face of all this, our ability to take immediate action to change the situation is limited — see the social protest and the rise of Finance Minister Yair Lapid — and we must simply repress it all. We are a nation in denial. We travel abroad with all-inclusive packages at the expense of the future, don’t save a shekel and spend money we don’t have, because if the future is uncertain anyway, we might as well enjoy today.