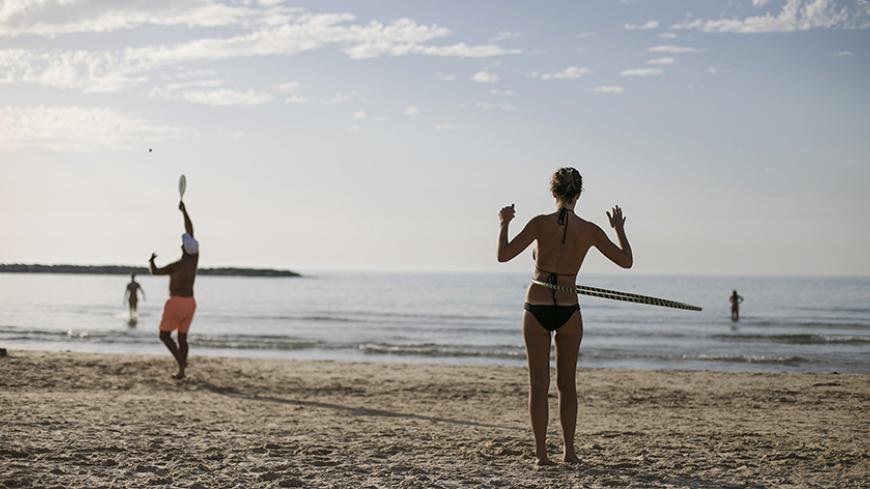 Sometimes it seems like life is not so good in Israel. The health system is on the verge of collapse; the school system is experiencing difficulties; and more and more corruption scandals are being uncovered, while organized crime thrives. Along with all the above, the average Israeli has to deal with a high cost of living, skyrocketing housing costs, a jobs crisis in the south or various kinds of discrimination experienced by members of the Ethiopian community.

It is therefore surprising to discover, year after year, that Israel consistently ranks high in international happiness and satisfaction indexes. In 2015, Israel came in a respectable 11th in the United Nations’ World Happiness Report — ahead of the United States (15th), Belgium (19th), Britain (21st), Singapore (24th) — and many other countries to which Israelis tend to compare themselves. This is not a fluke. For example, Israel was ranked sixth in the Organization for Economic Co-operation and Development’s (OECD) 2012 Better Life Index and eighth in the 2013 OECD index category of “life satisfaction.”

The Better Life Index exposes the Israeli paradox, measuring as it does such parameters as quality of the environment, income, housing and cost of living. Israel actually doesn’t score so well in these areas. When one adds the ever-present security threats — the Hamas tunnels in the south, impending confrontation with Hezbollah, the Iranian nuclear program and the Islamic State takeover of Syria — it is unclear why Israelis keep telling people year after year that they are, in fact, happy. Experts, however, are not really surprised.

Professor Gad Yair, head of the department of sociology and anthropology at Tel Aviv University and author of “The Code of Israeliness,” offered a number of explanations for Israeli happiness. He believes that the hard life in neighboring countries emphasizes Israel’s positive aspects. He said, “People see what goes on in Syria, and feel that all in all, our situation here is rather good.”

True, Israelis have never regarded themselves as an integral part of the Middle East, but even looking at Europe, contended Yair, intensifies the sense of Israeli pride. He stated, “Israelis look at Europe — polite, aristocratic and conservative — see the migration problems in which it is mired, and gloat. Israelis, who view Europe as anti-Semitic, get a kind of malicious enjoyment out of its plight.”

Israelis tend to compare themselves with others, especially Americans. That is why the media, when reporting on various indexes, always note whether Israel is ahead of or behind the United States. “The only jealousy we still harbor is of the United States,” Yair said. “Israelis have always been drawn to the American model, and the United States is the only place that Israelis aspire to resemble. That is the right and wealthy place.”

According to sociologist Noah Lewin-Epstein of Tel Aviv University, the sense of personal security in Israel is very high, “similar to the way things are in Scandinavia. Despite all the criticism of the police, the daily personal sense is very different from the collective feeling on this issue and is generally a positive one.”

Psychologist Tal Ben-Shahar of the Herzliya Interdisciplinary Center also stresses the feeling of personal security. Having lived for years in the United States, he said, “There is no more violence on the streets of Israel than in other parts of the world.” In times of crisis, such as war, the level of happiness obviously declines, but generally the greatest impact is of one’s immediate circle, he said.

Although psychologists and sociologists are perhaps not that impressed that residents of Israel are under a constant security threat of one kind or another, it clearly has some impact. Ben-Shahar, a world-renowned expert on positive psychology, asserted, “Existential fear is what makes us tick. For example, we relate to it when going to vote, but at other times it makes room for important things in daily life.”

As Yair sees the situation, “The anxiety is present, but Israelis neutralize the danger. Two weeks after Operation Protective Edge [July-August 2014], people were getting on with their lives and forgot about the war. The separation barrier separated our awareness of Judea and Samaria and of the dangers it poses. It’s not a nice thing to say, but like they said in the US about the Vietnam War, there’s a sense that since the second intifada, the price of the security situation is bearable and can be set aside. There’s also Israeli black humor. There’s the theme song of the satirical program ‘State of the Nation’ — ‘when the bomb goes off we’ll all die and be buried in one friendly mass grave.’ I teach the song to my students to illustrate the anxiety and how one makes fun of it.”

It seems the main reason Israelis are so happy is — Israelis. According to Ben-Shahar, “When you look at these parameters, you see that among the countries that supply people’s basic needs, the happiest have a common denominator, which is social support or human relations. In Israel, you have both family and social circles, and both are very dominant. The concept of [peoplehood], that ‘All of Israel are responsible for one another’ [from the Talmud, Shavuot 39a], is very pervasive in our history. In Denmark, for example, the family circle is of less importance, but the social circle there is very significant.”

According to Lewin-Epstein, it’s not just a matter of ties, but the nature of those ties. “When you try to examine satisfaction and happiness, the first thing that almost always comes up is social and family relationships. Compared with the world, Israel places very high in terms of the nature of these ties and their intensity.”

Yair notes another significant factor that enables the social support so important to Israelis. “Unlike the United States or Europe,” he said, “we compete with the best countries in the world without sacrificing family. If you [a woman] aspire to be a doctor … forget about getting married and having kids. A virtual standard of ‘solo living’ has developed in Europe, of living on one’s own, of giving up a family. Here, on the other hand, there’s pressure to have a family, society is very supportive of the value of family and does not make people agonize over this issue. In Europe, the size of the average family is smaller than the Israeli average, the rate of divorce in Israel is relatively low, so that in this sense, our society is more mentally balanced than others.”