While the initiative to jointly mark both Israeli Independence Day and Nakba Day has been maintained for several years now, it remains confined to a small segment of the public, with the Arab sector feeling increasingly alienated by the Jewish population. 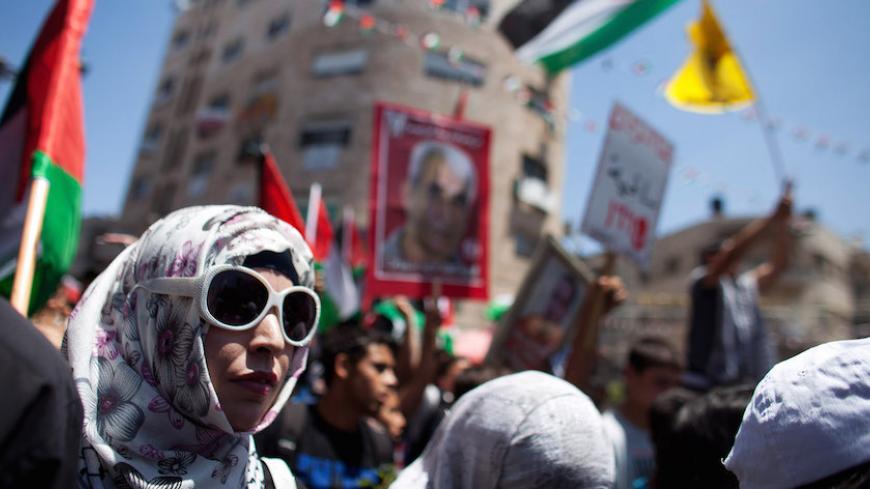 On April 23, a group consisting of hundreds of Jewish and Arab Israelis will gather for the 12th consecutive year under the auspices of the nonprofit association Together Beyond Words to commemorate Nakba Day, Independence Day and Memorial Day for Israel's fallen soldiers (which actually falls on April 22). This year, they will gather in the joint Jewish-Arab community of Neveh Shalom to “mark and respect the pain and loss on both sides and facilitate shared independence,” as the organizers said.

It seems that the event carries a special meaning this year. The rift between Jews and Arabs has widened and the sense of alienation has increased. In tandem, two interesting trends are taking place in Arab Israeli society. One group feels utterly despaired and disheartened by the possibility of a shared life and coexistence with Jewish society. The other, apparently smaller, group claims that people must rise above the political slogans, do some soul-searching and find a way for Arab Israeli society to become closer to the Jewish community while blurring the tensions.

The latter group has embraced a process of trying to get to know and respect what they call the sacred and painful values of Jewish society, for example, Holocaust Remembrance Day. More and more Arab public figures and intellectuals admit that they take part in Holocaust commemoration events and that they even stand at attention when the memorial siren goes off. For example, the chairman of the Joint List, Knesset member Ayman Odeh, participated in the April 16 Knesset event “Everyone Has a Name,” wherein the names of those who perished during the Holocaust are recited.

Yet, when it comes to Israel’s Memorial Day for its fallen soldiers and its Independence Day, the issue becomes more complex. And it’s not just because of the fact that Israel’s Independence Day is a day of pain for Arab Israelis, but also because Israeli society has traditionally and systematically ignored the existence of the Nakba.

Those joint meetings of Jews and Arabs, first held 12 years ago, offer a different approach to the mixed bag of victory and loss, happiness and pain.

“I’ve met the people who organize the Nakba Day and Independence Day and I connected with them. Since then, I’ve been engaged in this endeavor and enjoying it very much,” Dr. Jamal Daghash, a Haifa resident, told Al-Monitor. Daghash specializes in oncology, family medicine and currently serves as the director of a hospice for terminally ill patients. “I am married to a Palestinian woman who resided in the United States and is a daughter of refugees who used to live in Ramla. In 2003, during the first encounter, my wife was invited to address the participants and I joined her. There’s a different discourse at those meetings compared with the political simplicity.”

Al-Monitor:  How do you bridge between the sense of loss and the happiness of the victors from the other side?

Daghash:  The participants are people who can handle paradoxes. Spiritual intelligence means the ability to contain all the paradoxes and contradictions and come to terms with them. This is an opportunity to celebrate, not in the usual sense of barbecuing and enjoying the victory unilaterally, but in a different kind of happiness, a deeper one. From my standpoint, this is running away from the Jewish Israeli sphere that celebrates unilaterally while totally ignoring the other side, but also running away from the Arab political sphere. I’m not interested in making al-awda (the return) procession to provide a platform to fulminating politicians.

Al-Monitor:  How can those meetings be turned into something more encompassing?

Daghash:  The target audiences we need to start with are the students from the bilingual schools. We also need to work on this in mixed towns. The more I look at what is going on in Israeli society, the more I realize that we need to uncover the roots of make-believe. If we’re talking about partnership, then let’s clean up our act and address the issue properly once and for all. The Nakba and Independence Day are formative events for both peoples, and the process of reconciliation cannot be approached without cleaning up what needs to be cleaned up. And it’s not in the sense of a blame game but in a way of acknowledging what was done and then move on.

Much like Daghash, other Arab Israeli intellectuals also believe that the annual joint meetings should continue. The Arab Israeli author Ayman Sikseck, a Jaffa resident, used to take part in those gatherings. Although he doesn’t pin too much hope on the ability of those meetings to make a change, he nevertheless believes that they should continue. “I know that there’s more awareness today and a desire to bring together [Jews and Arabs], but from one year to the next this coexistence becomes increasingly hopeless,” he said. “However, we can’t just say, ‘OK, let’s drop the whole thing,’ because then we will really be left without anything. The biggest problem with all those ceremonies is their failure to expand the narrative so that other people could relate to it.”

Al-Monitor:  Who do you think can enlarge the circle and understand the narrative?

Sikseck:  There was a time when intellectuals exerted political influence. In my mind, what I would like to see is the people engaging in literature, authors and creators, using their social power to do something about it.

Al-Monitor:  You live in Jaffa in a Jewish environment. You have many friends that celebrate Independence Day. How do you feel on that day?

Sikseck:  I haven’t been doing anything [on that day] for several years. I don’t commemorate Nakba Day or celebrate Independence Day. This is kind of my own private protest. I’m fed up with the heavy symbolism and nationalism that always drags you in very a political direction. In my life, I have celebrated more independence than commemorated Nakba because I attended an Israeli school. I remember standing at attention during both sirens [Holocaust Remembrance Day and Memorial Day]. I still stand up during Holocaust Remembrance Day but never on Memorial Day because I feel it has become something terribly national. I don’t feel it speaks to me or on my behalf anymore.

Al-Monitor:  However, don’t you think that there has been greater awareness of the Nakba [among Israeli Jews] in recent years?

Sikseck:  Definitely. Ironically, though, those who heightened that awareness are the sponsors of the Nakba Act. It made the Nakba look sexier to Arab Israelis. Suddenly it became something that’s important and needs to be addressed because the [state] doesn’t want us to address it. So the processions of Nakba Day have become broader and more popular because it has become important to one’s national identity. The Nakba Act is the best thing that has ever happened to the Nakba. It’s great. I remember being angry back in the day, but as time goes by I personally know more about the Nakba and I think that so do Israelis.