The decision by singer Ehud Banai to perform at the Susya settlement reignited the debate over the political commitment of Israeli artists. 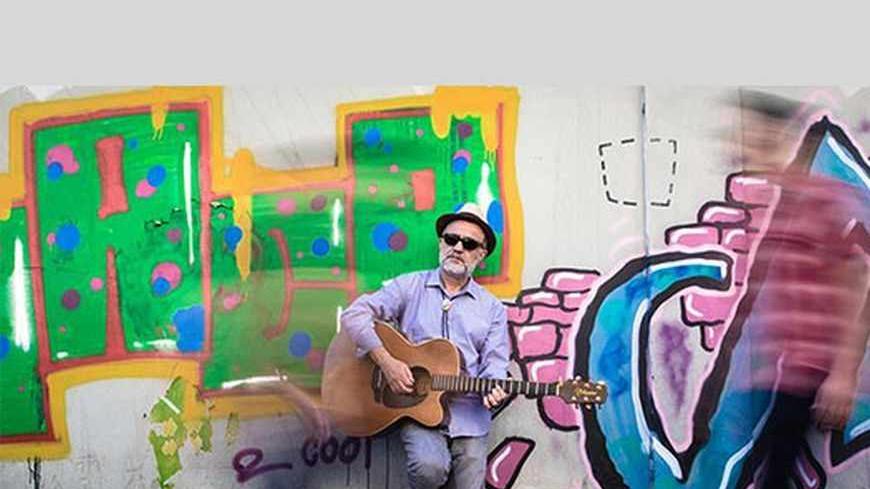 Ehud Banai is a son of a famous family of performers in Israel and is a singer/songwriter who became religious but remained left-wing. - ehudbanai.co.il

Two years ago [September 2011] the cultural center in the West Bank settlement Kiryat Arba opened its doors. About 500 Israeli artists and performers signed a petition to refuse to perform there. In a letter accompanying the petition, the signatories wrote, “Kiryat Arba is an especially extremist and violent settlement, from which Baruch Goldstein set out on his mass-murder journey. We call on directors of theaters to hold their theatrical productions within the bounds of the Green Line and in the sovereign territory of the state of Israel.”

The petition was a direct continuation of a similar struggle that began in advance of the opening of the cultural center in Ariel in November 2010. Then the theater directors dealt with a less thorny problem, since Ariel is not perceived by the Israeli public as an isolated settlement, and its settlers are not extreme in their opinions or deeds. Most of them did not settle there for ideological reasons, but to improve their quality of life and buy an apartment or house at a significantly cheaper price than they could within the Green Line.

For artists and theater directors, it was clear that the real fight would start once the cultural center at Kiryat Arba opened — a place where the movement of tens of thousands of Palestinians is restricted to ensure the security and daily routines of its about 7,000 Jewish residents. The Israeli Defense Forces (IDF) and military police watchtowers secure the points of tension between the populations. The homes of Palestinian residents of Hebron that are on the walking route between Kiryat Arba and the Cave of the Patriarchs have been sealed off. Their stores have been shuttered, and a handful of Jewish settlers embitter their lives.

The artists’ petition drew much condemnation and especially succeeded in angering Minister of Culture (then and now) Limor Livnat. In Israel, theaters receive budgetary support from the government, as do cinematic productions. Many argued that a body funded by the state could not or should not be allowed to choose where to perform, and whoever chose to oppose this should give up government funding. On the other side, voices were heard that spoke to the conscience of artists, their worldview, as private individuals with an ethical stance, first and foremost, intellectuals and not public servants. In response to the artists’ rebellion, Livnat founded the “Zionist Art Prize,” presented to artists in all fields for work in the field of Zionism, Zionist values, the history of the Zionist movement and the return of the Jewish people to their historic homeland.

In Israel, it’s not customary for artists to openly and publicly identify with political parties or positions. The creative marketplace is small, the audience is limited and many artists don’t want to identify in public lest they lose large audiences and their livelihoods hurt. Israeli artists don’t have the privilege that American artists like Bruce Springsteen or Clint Eastwood have, who chose a preferred political candidate in the US elections, or even like Jane Fonda, who opposed American involvement in Vietnam.

In recent years, an unusually aggressive campaign has been conducted in Israel targeting artists who did not serve in the IDF. Local authorities have canceled performances after it became known that an artist had evaded military service. The campaign has put unprecedented pressure on various artists, and as a result some even went so far as volunteering for a shortened military service just to erase the stain from their past.

One exception is the singer Ehud Banai. A son of the most famous family of performers in Israel, he’s a songwriter and singer who became religious but remained left-wing. His songs are full of political messages; they are protest songs, songs about bringing people together. One of Banai’s big hits is called, “Mix the cement, Ahmed,” which tells the story of Palestinian laborers from Gaza who worked in Israel. The words of the song express a great deal of compassion for the hard lives of the workers who leave Gaza at dawn and return late at night to survive and to sustain their downtrodden families.

So wrote Banai in the song: “Five in the morning in Gaza / it’s still cold, I’m tired / I get into Nabil’s car / fall asleep on his shoulder / on the way there are the checkpoints again / they say Stop! ID cards / another hour we’ll be in Tel Aviv / and it’s another day, I only want to work / mix the cement, Ahmed, mix the cement.”

Banai is at the center of the latest storm related to the political views of artists in Israel. After it was reported this week [Sept. 16] that he intended to perform for settlers in Susya — a settlement in the Hebron hills region — he was harshly criticized by various elements in the left. Banai decided to cancel his performance there, but the decision only stoked the debate on the issue, especially on social media. Afterward, he changed his mind again, and announced that he would perform at the settlement after all.

Susya is a religious settlement in the South Hebron Hills that was established in 1983. Lately its name has been associated with the aggressive attempts of the Israeli Civil Administration to forcibly evict the 300 residents of the Arab village of Susya, which is next to the settlement. Demolition orders have been issued for the homes of the residents, Bedouins of the Khawaja clan, for the wells dug in the area, and even for tents donated by the European Union. Without meaning to, Banai found himself in the eye of this storm and was greatly embarrassed.

After it became known that the singer ultimately decided to appear in Susya, the playwright and author Orna Akad addressed him via Facebook: “Ehud Banai,” wrote Akad, “in the end you decided to perform at the illegal settlement of Susya. You said you’re against boycotts. Just so you know, during your performance the rights of the residents of the area to leave their homes will be boycotted. If they feel like seeing your performance, … their right to do so will also be boycotted. They call this boycott a curfew. Do you understand? Hey, didn’t you say you’re a man of peace?”

The question of the price that Hebron’s Palestinian residents will pay following the performance of Jewish artists there will remain unanswered. The tension between subsidies and support of the arts and the obligation of artists to obey the government’s dictates will continue, as long as the Israeli government funds the opening of cultural centers beyond the Green Line and financially supports cultural events in the area. Banai’s appearance in Susya, despite his left-leaning worldview, once again reveals the difficult dilemma facing Israeli artists, and challenges them spiritually, morally and financially.

[Editor’s note: The population of Kiryat Arba is around 7,000. An earlier version of this article stated that it was 700,000. Al-Monitor regrets the error.]