Qassem Soleimani, the leader of Iran’s Qods Force, has been seeking assistance from Iraqi Shiite forces to provide support to the Syrian regime but without much apparent success. 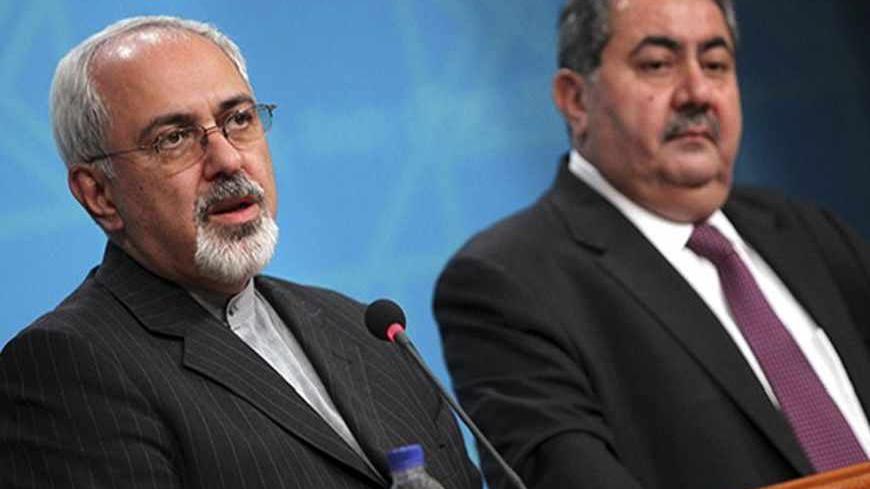 The Sept. 8 visit by Iranian Foreign Minister Mohammad Javad Zarif to Iraq caught the media's attention, but that of Qassem Soleimani, commander of the Iranian Revolutionary Guards Quds Force, in late August largely passed unremarked. While in Baghdad, Zarif denied that Iran had any intention of hitting US interests in Iraq in response to a potential strike on Syria. He warned, however, “Whoever starts the war on Syria will not be able to contain it or put an end to it.” Soleimani’s talks, however, were shrouded in an air of secrecy and confidentiality.

Informed sources told Al-Monitor that Soleimani, dispatched to deal with developments involving Syria, had been disappointed by the failure of Iran’s “Iraqi friends” to stick together in confronting dangerous regional developments deemed fateful by Tehran.

These same sources confirmed that during his August visit Soleimani had no longer been interested in the types of details that he had discussed in the past, such as managing relationships among the key Shiite parties or their relationships with other Iraqi parties. In this respect, it must be noted that Soleimani has been in charge of the Syrian dossier since the outbreak of the Syrian crisis within the capacity of his responsibility for Iranian national security. For the time being, Iraqi issues come in second, but are a complementary concern.

According to Al-Monitor's sources, Soleimani was clearly upset during his visit by the lack of enthusiasm among the main Iraqi Shiite forces for a project Tehran proposed months ago within the scope of its regional arrangements. The political element of the proposed project sought to prompt Iraqi Shiite forces to form a united front for managing Iraqi affairs and to avoid conflicts among themselves.

On the security level, Soleimani recommended that the main Shiite militias shift the nature of their activities from the local level to the regional level by implementing coordination and consolidation mechanisms among themselves. These mechanisms were to have been adopted by Asaib Ahl al-Haq and Kata'ib Hezbollah in Iraq on the one hand, and on the other among Lebanese Hezbollah, Syrian militias established in anticipation of developments in the Syrian conflict and groups in Yemen and Bahrain.

The sources pointed out that the Iraqis realized that the changes sought by Soleimani would represent a major strategic shift for them. Their less than enthusiastic response stemmed from their questioning the usefulness of such a change and the potential consequences. None of the main Shiite parties apparently were willing to get involved in major regional military confrontations, nor could the militias mobilize a sufficient number of supporters for such an option.

That aside, Soleimani’s project in Iraq faltered primarily as a result of the early reluctance expressed by the Shiite cleric Muqtada al-Sadr. The Sadrist movement’s military wing, the Mahdi Army, includes a large contingent of former insurgents. While the majority of the latter remain loyal to their leader’s proposals, some have defected and joined Asaib Ahl al-Haq or Kata'ib Hezbollah.

Relations between Soleimani and Sadr have been strained for more than a year now, after the latter exposed Soleimani’s true role in organizing Iraq’s political cards in “The Noble Goal of the Erbil Visit,” which was published in mid-2012. Most Shiite leaders, however, have for years denied that he plays such a role.

The issue, however, goes beyond personal disputes. At the moment, Sadr does not seem to be in harmony with Iran’s general orientation. This is the case not only in terms of his perspective on the nature of the Iraqi government and the need to be open to different social groups, but also in dealing with the Syrian crisis. Sadr has washed his hands of Iraqi militants who have joined the fighting in Syria. Moreover, he raised the flag of the Free Syrian Army next to that of the Syrian regime's in a ceremony held by his movement in the city of Wasit on March 15, explaining that he was maintaining an equal distance from everyone in the Syrian arena. For this, the main Shiite forces strongly criticized him.

While Sadr seems far from adopting Soleimani’s vision and new demands, the other parties, including the State of Law coalition and the Islamic Supreme Council of Iraq, have not exactly given Iran a “blank check” either, according to Al-Monitor's sources.

The same confirmed as well that Iraqi Prime Minister Nouri al-Maliki also believes that Iraq must keep an adequate distance from the Iranian position on Syria. He feels that close engagement in regional confrontations will not help Iraqis, who are sharply divided along sectarian lines and are already paying the price of regional conflict on their own territory. This position may be one of the reasons behind Soleimani’s resentment toward the Iraqi government, which has been subjected to continuous pressure from Tehran to support the Bashar al-Assad regime.

It is not easy for an Iraqi party, even inside Iraq, to dismiss Soleimani. This is particularly difficult now that the militias’ are more organized and capable of engaging in conflicts across the border. In the meantime, the Iraqi Shiite parties, which have been engaged in a political struggle over who will rule the country, will maneuver as best they can. Their aim is to reduce Iranian pressure until the Syrian issue is resolved or until the nature of the political conflict regarding the government in Iraq is decided in the 2014 elections.