Iran has no plans to close Fordow. 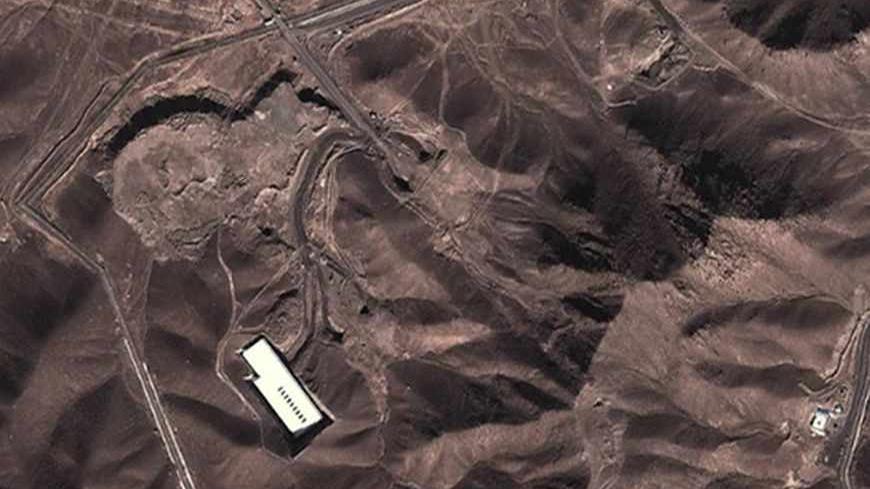 FORDOW, Iran — In the heart of the desert on the road to the Shiite holy city of Qom, Iran secretly built a nuclear facility called Fordow a number of years ago. It is an underground enrichment plant constructed on a former Revolutionary Guards’ base that stirred controversy when its existence was announced by the Iranians in 2009.

Although the facility is located beside the tiny town of Fordow, the Fordow River and the Fordow mountains, this is not the reason behind the name of the facility. Rather, it is because the village of Fordow had the highest percentage of fighters killed in the eight-year Iraq-Iran War, or what’s known there as the Sacred Defense Era. Linking the site to such an important point in Iran’s collective history adds to its significance in the Iranian consciousness in one respect, but not the most important one.

Less than 30 miles from Fordow lies Qom, the site of the tomb of “Infallible Fatima,” the sister of the Shiite's eighth imam, Ali al-Reza (al-Reda in Arabic), the only Shiite imam who lived and is buried in Iran. The city is regarded as the “Oxford” of Shiite studies, along with Najaf, in neighboring Iraq, but it assumed even more importance after the 1979 Islamic revolution when it was regarded as the capital of political Shiism because of the debates and fatwas flowing from it. More than 55,000 students from 77 different countries study in hundreds of schools there. In a few years, some of them will be counted among the ummah’s new generation of ayatollahs.

According to an Al-Monitor source in Tehran, “Fordow wasn’t built near Qom for no particular reason. On the contrary, there is one and only one reason for that — to create a symbolic sacredness between the holy city and the nuclear program and to send a message to the world in general and the West in particular that Iran’s nuclear program possesses the same holiness as Shiism in Iran.”

This important point might until now have gone without notice. The source explained that during the tenure of US President George W. Bush, when a strike on Iran was the subject of constant discussion, the Islamic Republic made a decision “to defend the nuclear sites as if defending the holy places.” The source added, “The nuclear program as a whole has become a national treasure that every Iranian is proud of and is ready to defend in the same way they would defend their most precious beliefs. Everyone here knows that Iran isn’t interested in having nuclear weapons. Why do we have to? We have a fatwa from the supreme leader [Ayatollah Ali Khamenei] that it is haram, forbidden.”

Being a nuclear expert is far from the only prerequisite to understanding Iran’s nuclear program. First one has to understand the Iranians. They are a people, religious or not, with a tangible spirituality ingrained in the national psyche. It might be hidden at times in individuals, but it is most certainly always there. The same spirituality is applied to their approach to the political, economic, military and nuclear.

So what of recent reports that Iran is on the verge of dismantling the Fordow facility and allowing International Atomic Energy Agency (IAEA) inspectors to oversee the process in return for lifting international sanctions on the country’s central bank and oil industry?

To get an answer, Al-Monitor spoke with Ali Akbar Salehi, head of Iran’s Atomic Energy Organization, who adamantly denied the accuracy of such reporting, responding, “These are pure lies. I don’t know where they got this. We haven't said a word about shutting down nuclear sites.”

Salehi’s denial shouldn't be surprising, because the allegation plan is not the Iranian way of thinking. The degree of attachment between the nuclear program and ideology in Iran means that any concessions will have nothing to do with the core of it nuclear program, but with the process, which might involve the level of enrichment, access to plants, degree of coordination with the IAEA, and so on — but certainly not its closure.