Gulenist-AKP Clash
Is Now in the Open

A statement by the Journalists and Writers Foundation of the Gulen movement exposes the clash with the ruling Justice and Development Party. 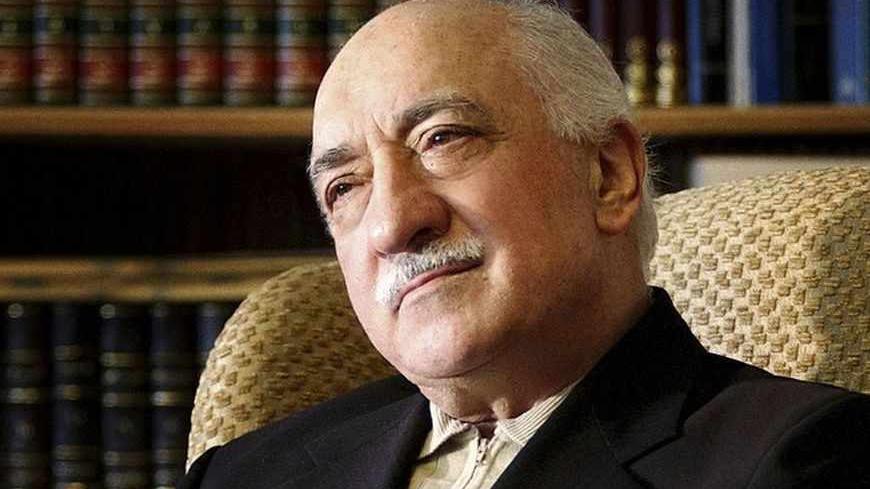 That there was a covert power struggle between the Prime Minister Recep Tayyip Erdogan’s Justice and Development Party [AKP] and "The Service," a sociopolitical Islamic movement under the spiritual leadership of Turkish Sunni man of religion Fethullah Gulen is known. This struggle broke out into the open on Aug. 13 with a communiqué issued by the Gulen movement.

What makes the struggle interesting for third parties is the prowess and potentials of The Service, popularly called Cemaat [faith community], in affecting the political course of the country.

The Service has a qualitative and quantitative concentration particularly in the administration, judicial, security and educational institutions of the state of the Republic of Turkey, in addition to effective media and widespread social and economic networks.

Until recently, The Service was operating within the framework of an actual coalition of power with the Islamist party. Their unity and sharing of power had common goals, such as ending the tutelage of the Kemalist military in national politics.

It is a reality that The Service has phenomenally amplified its power in Turkey and globally during the last 11 years of AKP rule.

The question now is what kind of positions The Service, freed from this asymmetrical coalition that appears to have been definitely disintegrated, will adopt against the AKP. Of course, the real question is how The Service will make use of the colossal power it has in the coming elections.

Will it again cooperate with the AKP on the basis of a new accord?

But seeing the accusations made by parties against each other, it is obvious that extraordinary efforts will have to be made to form a new partnership format.

The Journalists and Writers Foundation [GYV], the leading organ of The Service for public relations, issued a long, 11-article communiqué on Aug. 13 just to dispute the accusations and charges from AKP quarters.

What is more important in this statement were not the responses to accusations, but the grave nature of these accusations that The Service was sharing with the public for the first time.

Those who have been following the struggle between The Service and the government from media reports were already familiar with some of the accusations and charges. But the substance of some accusations hitherto unknown to the public and that the GYV was now responding to were more significant.

From AKP’s accusations it is understood that the ruling circles had begun to perceive The Service’s attitudes and actions against their party as "hostile." For example, the Turkish public had never heard either from the AKP media or from AKP spokesmen the No. 1 accusation replied to in The Service communiqué.

That accusation was: "The Service Movement was behind the Gezi Park actions." To see The Service behind a social explosion directly against Erdogan or to try to create such an impression indicates the level of threat AKP is perceiving from this community.

The second accusation also hadn’t been heard by the public before: "Gezi protesters were not detained, but released by prosecutors and judges close to The Service."

The third was: "Police affiliated with The Service inflamed the protests by burning the tents of the protesters and by intervening violently."

In accusations two and three above, there is an extremely damning and gruesome implication that The Service, by making use of the judiciary and police it controls, has been engineering a sinister political plot by escalating the Gezi crisis to undermine AKP rule.

We had earlier heard variations of the No. 4 accusation, "The Service does not oppose the coup in Egypt," used by AKP spokesmen and its media to discredit and intimidate the opposition, but had not noticed it being used against The Service.

The No. 8 accusation cited in the GYV statement actually marks the point when this deep rift between the Service and the AKP happened: "The Service was to arrest the prime minister on Feb. 7." Here the event in question is what will go down in Turkish political history as "the February 7, 2012, MIT [National Intelligence Organization] and Judiciary crisis."

On February 7, 2012, a prosecutor of the "Specially Authorized Judiciary" summoned to its office Hakan Fidan, the undersecretary of the MIT — said to be Erdogan’s most trusted name in the state bureaucracy — and a few other high-level MIT officials on suspicion of colluding with the Kurdish PKK.

Today it is generally accepted that there was widespread Service penetration of specially authorized prosecutors and courts set up specifically to investigate and to try terror organizations. The very effective influence of judiciary members in these institutions is obvious.

Erdogan saw the anti-MIT operation of the judiciary as an attack against his government and took counteraction. All the names known to be close to The Service in the police intelligence units were removed. The specially authorized courts were disbanded after concluding the cases they were handling.

The AKP government is constantly keeping alive as a threat the issue of closing down hundreds of private tutoring classes controlled by The Service, attended by hundreds of thousands of students hoping to succeed in university entrance exams.

A series of cracks thus appeared on February 7 in the vase holding together The Service and AKP. This vase has now been pulverized.

We have heard the charge, "The Service will arrest Erdogan," because it was said so in public by some pro-AKP people in the media. We knew it was a ludicrous, impossible charge.

Some of the other accusations The Journalists and Writers Foundation disputed include:

"5. The road to alternative political rule goes through Pennsylvania [the self-exiled Gulen's state of residence]. Those who are seeking an alternative to the government, go and meet Gulen." GYV said this just another effort to isolate the movement.

"6. The Service wants to impose its tutelage over the bureaucracy and to share the government." GYV replied "It is natural that there should be volunteers from The Service in the bureaucracy who have used their legal and legitimate citizenship rights."’ But it rejected as "baseless"’ the charge of sharing power.

"10. Another discredited accusation that we hope that the government doesn’t believe was 'The Prime Minister’s office was bugged by The Service.'" This is about The Service listening in on the prime minister’s conversations. These accusations are categorically rejected and the judiciary is asked to investigate.

The 11th accusation is, "Why isn’t Fethullah Gulen returning to Turkey? He is under US influence because of his living there." This accusation, labeled as "slander and libelous" by the Gulen Foundation, had widespread acceptance initially in Kemalist nationalist circles, defined as "neonationalists." It is interesting to note that it found its way to AKP quarters.

On Aug. 15, when Erdogan was asked about this communiqué before he flew off to Turkmenistan, he replied: "I don’t want to be in the position of responding to it. I don’t think it is proper to discuss these issues in newspapers. I think it is wrong to use the media for such affairs."