Turkey’s efforts to contain Syrian Kurdish autonomy while pursuing peace with its own Kurds could backfire. 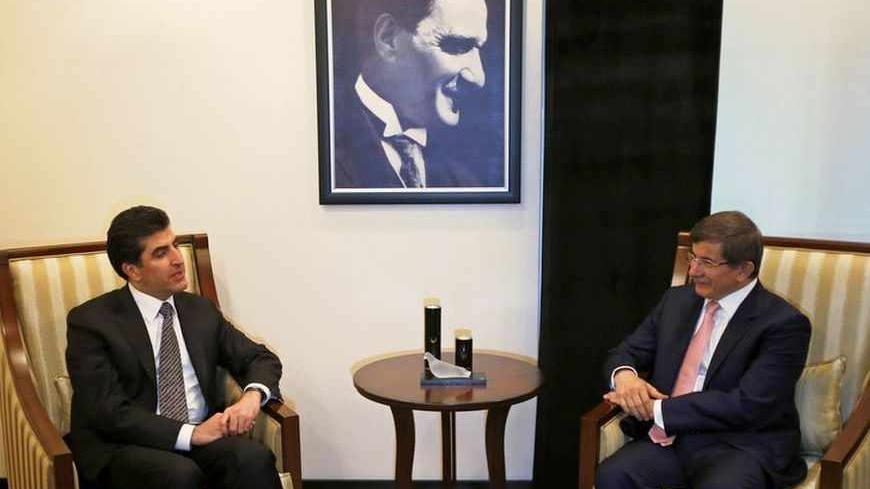 Salih Muslim, the leader of the Democratic Unity Party (PYD) which is often referred to as the Syrian “franchise” of the Kurdistan Workers’ Party (PKK), the Kurdish rebel group that has been fighting for Kurdish self-rule inside Turkey since 1984, is expected to come to Ankara at the start of this week for a second round of talks with Turkish diplomats and security officials aimed at normalizing relations.

The first round held in Istanbul on July 25 stirred much excitement as it marked the first time that the government had, after a clutch of secret assignations with the man, extended an official invitation to Muslim.

Was Turkey finally overcoming its hostility to Syria’s most influential and only armed Kurdish group? The immediate answer seemed to be a big “No.” Only days after the Istanbul meeting, Muslim complained that Turkey was continuing to allow jihadist groups challenging PYD rule in a string of border settlements to use its territory to funnel weapons to mount further attacks.

Not only that, Turkey is continuing to keep border crossings with PYD held areas sealed in an effective blockade over the Kurds, adding to the humanitarian crisis triggered by the encirclement of several Syrian Kurdish towns by al-Qaeda-affiliated jihadist forces, including Jabat al-Nusra and the Islamic State of Iraq and ash-Sham in Syria (ISIS). Turkey strenuously denies the allegations. And, after much haggling, a one-off delivery of food and other humanitarian supplies gathered by Turkey’s largest pro-Kurdish party, the Peace and Democracy (BDP), was allowed through the Senyurt border crossing last week, but only after the BDP agreed to hand these over to the Turkish Red Crescent.

Still, Muslim’s visit suggests that Ankara remains keen on some form of compromise. But how far is it willing to go? Will the government stick to its earlier pledge to lean on the allies (namely the Muslim Brotherhood) in the Free Syrian Army (FSA) to distance themselves from the jihadists and abstain from the campaign against the PYD? Will it move to stop the flow of arms to these groups? If not, what are the implications for the Kurdish peace process in Turkey and more broadly for the Kurdish movement as a whole?

There are no ready answers. The conflict in Syria has so tangled the Kurdish issue that it is slipping out of Turkey’s control. And “a lot of blame lies with Ankara,” Fehim Isik, a veteran Kurdish activist and writer, told Al-Monitor.

When Recep Tayyip Erdogan, the Turkish prime minister, announced new talks with the imprisoned PKK leader Abdullah Ocalan at the start of this year, one of the main goals was to get him to use his continued influence to prevent the Syrian Kurds from following in the steps of the Iraqi Kurds and declaring some form of autonomy. “But Turkey overplayed its hand,” argued Isik, by “backing opposition rebels against the PYD.”

Reports of a massacre committed by jihadists against Kurdish civilians in the villages of Tel Hasil and Tel Aran on Aug. 5 that left at least 70 dead prompted Russia’s Foreign Minister Sergey Lavrov to call on the United Nations Security Council to “condemn this terrorist act and all acts of terrorism in Syria without reservations or additional conditions.”

“The Kurdish question is becoming internationalized, and this is Turkey’s worst nightmare,” Isik asserted. Moreover, the jihadist attacks have helped unite PYD with its Syrian Kurdish rivals, if only for the moment. “This is al-Qaeda’s greatest strategic blunder,” Michael D. Weiss, a columnist for NOW Lebanon who closely follows the Kurds, told Al-Monitor.

It is no coincidence that Muslim flew to Tehran ahead of his Ankara trip. After meetings with senior Iranian officials, Muslim asserted that Iran endorsed the PYD’s plans to establish a transitional authority to run the Kurdish region for the duration of the war and “agreed on the necessity to fight the common enemy, the extremist fighters.”

Most analysts agree that Turkey missed a big opportunity last summer when the Kurdistan Regional Government in northern Iraq (KRG) offered to arrange a meeting between Turkey’s foreign minister Ahmet Davutoglu and Salih Muslim in the Iraqi Kurdish capital, Erbil. “The situation might have been very different had that offer not been spurned,” an informed Iraqi Kurdish source, who declined to be identified because of the sensitivity of the subject, told Al-Monitor. Instead, Turkey has been pressing the Iraqi Kurds, more precisely KRG president Massoud Barzani’s Kurdistan Democrat Party (KDP) to counter PYD influence in Syria. Barzani, who unlike Ocalan enjoys worldwide legitimacy, would have probably done so anyway and has armed and trained militia drawn from Kurdish defectors from the Syrian army.

The effort appeared to backfire when the PYD’s armed wing, the People’s Defense Units (YPG), detained about 70 members of the Barzani-affiliated group as they crossed into Syria from northern Iraq. In a retaliatory move, the KDP sealed the border and it has remained closed ever since, prompting accusations from both the PKK and the PYD that the Iraqi Kurds are behaving like enemies of the Syrian Kurds.

The KDP retorts that the border remains open. The truth is that the Iraqi Kurds are letting aid go through, but little else, because it does not want PKK fighters to cross into Syria and it is also fed up with the YPG’s levying of “taxes” on commercial goods coming through. Above all, though, they fear a spillover of the war between the jihadists and the PYD. But Barzani’s perceived betrayal of the Syrian Kurds is playing into the hands of his rivals at home and spurring accusations that he is doing Turkey’s bidding. In a statement on Aug. 10, Barzani sought to dispel such claims, saying, “if the reports are true, showing that citizens, women and the children of innocent Kurds are under threat from murder and terrorism, Iraq’s Kurdistan region will deploy all its means to defend them.” His tone suggested that the reports of massacres being propagated by the PYD might be exaggerated. Doubts about their accuracy grew after a video that PYD sources claimed to show the slaughter of Kurdish civilians by the jihadists proved to be one of prior violence against the Kurds elsewhere in Syria.

A council of so-called Kurdish “wise men” is said to be seeking to mediate between the KDP and the PYD. Some fear that their dispute could result in the postponement of a planned Kurdish National Congress bringing together Kurds from Syria, Turkey, Iraq and Iran on Aug. 24 in Erbil.

Turkey may well feel that enmity between the Kurds serves its interests, but ultimately it does not. For one, it risks destabilizing Iraqi Kurdistan, which has in recent years become Turkey’s biggest strategic and economic partner in the region. Worse, Turkey’s Syrian Kurdish policy is threatening to undo efforts to secure peace with its own Kurds.

A small but vocal number of Syrian Kurds are pointing fingers at the BDP. “We are struggling for our lives here and all they care about is maintaining these farcical peace talks,” a PYD activist told Al-Monitor. Turkey’s continued reluctance to push through any of its promised reforms hasn’t helped. All of this is adding pressure on the Kurds to get tougher with Ankara. In a statement, one of the PKK's top commanders in the field, Cemil Bayik, gave the government until Sept. 1 to deliver, and hinted that the PKK might resume its fight if its demands were not met.

On Aug. 8, Erdogan announced that the government was putting the final touches to a reform package that is said to include amendments to anti-terror laws which would enable thousands of jailed PKK activists untainted by violence to walk free. These and other carrots will keep the peace process going, Isik maintains, as do most analysts, that with the PKK’s hands tied in Syria and Erdogan preparing for local elections in March, it is neither side's interest to see the talks fail. But he agrees that the Syrian Kurdish crisis could yet prove their undoing.

Weiss argues that Turkey can defuse the conflict because “involvement as a facilitator of the Syrian rebels has actually given it some leverage vis-à-vis the Kurdish issue in Syria.” But Aymenn Jawad al-Tamimi, a Shillman Ginsburg Fellow at the Middle East Forum who tracks the ISIS, disagrees. “I do not think that mediation can be successful because the conflict has gone beyond a mere isolated local crash and spilled over across areas where Kurdish and jihadist forces have co-existed,” he told Al-Monitor.

Amberin Zaman is an Istanbul-based writer who has covered Turkey for The Washington Post, The Los Angeles Times, The Daily Telegraph and the Voice of America. A frequent commentator on Turkish television, she is currently Turkey correspondent for The Economist, a position she has retained since 1999. On Twitter: @amberinzam