Has Turkey Made U-Turn On Syria’s Kurds?

The leader of the Democratic Union Party of Syria (PYD), Salih Muslim, says Turkey has given the green light for autonomy for the Kurds in Syria. 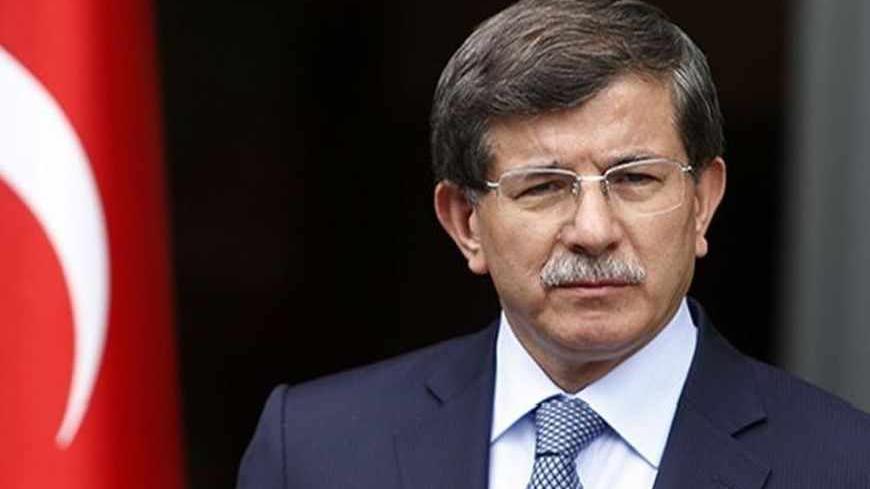 The visit to Istanbul  last week Thursday and Friday of Salih Muslim, the co-chairman of the Democratic Union Party, PYD, identified as the Syrian twin of Turkey’s notorious armed Kurdish organization, the PKK, came as a surprise. If you listen to what Salih Muslim said the results of the visit were equally surprising. From his remarks, we understand that Turkey is on the verge of radical and crucial changes in its approach to Syrian Kurds and especially to the PYD itself.

To fully grasp this "U-turn” towards the Syrian Kurds, which will definitely reflect on the Kurdish issue in Turkey and on Turkey’s overall Syria policy, you have to remember that Salih Muslim was invited by the Ministry of Foreign Affairs on the instructions of Foreign Minister Ahmet Davutoglu.

Such contacts until know were conducted secretly on the initiative of the National Intelligence Organization, MIT. This time it was on the initiative of the Foreign Ministry and in the open. So much so that Salih Muslim did not only give statements to the Dicle News Agency, close to the PKK, but also to the semi-official Anatolian News Agency of Turkey. Furthermore, he spoke to T24 News site which is fast becoming the most trusted digital news source. He also had an interview published in the daily Radikal two days after his departure from Istanbul.

When you add the comments of many columnists who referred to Salih Muslim’s visit, you realize that the Turkish media had never been so generous to Syrian Kurds and to the PKK’s twin, the PYD.

You won’t be off the mark saying there is now a new page in Turkey’s Syria policy and, perhaps more importantly, in its approach to the Kurdish issue as a result of Salih Muslim’s discussions, in addition to the MIT chief Hakan Fidan, with the highest official of the Foreign Ministry, Undersecretary Feridun Sinirlioglu, and Deputy Undersecretary Omer Onhon, who was the last Turkish ambassador in Damascus and since his withdrawal had been in charge of Syrian affairs in the ministry.

While saying all this we have to keep in mind that, as we said so often, the PYD was seen as "the twin of the PKK” and Salih Muslim was a kind of "undeclared persona non grata” because this identification.

The twinning of the PKK and the PYD are sui generis. Their birthdays are far apart. PKK was born in 1978 but the PYD in 2003. I personally saw a photograph of Abdullah Ocalan used as wallpaper in Salih Muslim’s cellular telephone. If you keep in mind almost the entire leadership of the upper echelons of the Union of Kurdish Communities, KCK, that PYD is under just like the PKK, are actually PKK administrators, it may be even more befitting to talk of a patriarchal "parental guidance” instead of "twinning” relations between the two organizations.

Since Rojava, which means "West’ in Kurdish, entered the Turkish political lexicon after recent developments in Syrian Kurdish regions or West Kurdistan, we are becoming aware that there are no distinctions between the Kurds of Syria and Turkey, and the roots of the former are from the Kurdish geography of Turkey. Kurds of Turkey don’t use the name Syria and Kurds of Syria don’t say Turkey. For Kurds of Turkey, Syria is "Bin Xhet" in Kurdish and for the Syrian Kurds Turkey is "Ser Xhet,” that is, "below the line" and "above the line." The line is the railroad track that has been considered as the frontier line between the two separate areas of sovereignty at the end of the World War I, that was a part of the same state, the Ottoman Empire, for more than four centuries.

What makes the PKK and the PYD in a sense "sui generis twins” are these historical, geographic and human features.

The dimensions and significance of this U-turn in Turkish internal and external policies signaled by Salih Muslim’s visit can be better understood by bearing in mind all the particular features. We cannot forget that almost exactly a year ago on July 19, 2012, when Syrian Kurdish settlements of first Kobani, then Afrin and Derik came under PYD control, Foreign Minister Ahmet Davutoglu hastily flew to Erbil. These developments were perceived as "threat to national security" by Turkey. Davutoglu, in addition to meeting with Turkey’s friend Massoud Barzani on how to intervene with the events in Syrian Kurdish region, also met with Syrian Kurdish personalities in the Syrian Kurdish National Council, but he refused to meet with Salih Muslim, who was also in Erbil.

Could there be a more dramatic U-turn than Salih Muslim flying to Istanbul from Erbil on the invitation of Davutoglu on July 25 to discuss Turkey's Syria and Kurdish policies?

When you ponder deeper on what brought about this change, remember that in the summer of 2012 Turkey and the PKK were in combat, nobody had heard from Abdullah Ocalan in Imrali prison for a year and he was in isolation. Since then, the Turkish state has engaged in intensive contacts with Ocalan. On March 23, Ocalan declared the end of "the era of armed struggle of the Kurds" and since May 8, 2013, the PKK’s armed forces have been withdrawing from Turkey to Iraqi Kurdistan.

There is a solution process in Turkey and its most important partners, albeit undeclared, are Abdullah Ocalan and the PKK.

It was under these circumstances that the PYD co-chair Salih Muslim, a graduate of Istanbul Technical University in the late 1970s, was able to return to Istanbul after 35 years.

Certainly the changing conditions reflect the changes in the Turkish state’s mindsets. The Turkish state which in fall 2012 did not move a finger when organizations such as the Free Syrian Army, and al-Qaeda derivatives as Jabhat al-Nusra, the Islamic State of Iraq and Bilad as-Sham attacked PYD-controlled towns through Turkish territory and with Turkish logistic support and the Turkish state that on July 16, 2013, went berserk when the PYD drove Jabhat al-Nusra out of Ras al-Ain, one week later felt compelled to invite the PYD co-chair to Istanbul.

If not, the "solution process" which has significantly expanded the government’s room for maneuver in the country could be disrupted and Ankara’s Middle East policy, which seems to have derailed with the toppling of the Muslim Brotherhood from power in Egypt, would sink in its entirety in Syria. where it is already in a morass. Turkey would then appear as the guardian of pro-al-Qaeda forces in Mesopotamia and the Levant similar to Pakistan in the subcontinent. Just as we were heading into an unsustainable period in domestic and foreign policies, a U-turn was made by inviting Salih Muslim to Istanbul and a sharp-curve was thus passed safely.

As he was leaving Istanbul, Salih Muslim, contrary to government circles who manipulate the media as much as they want and conceal the truth, openly declared that Turkey had lighted the green light for the autonomy of the Kurds in Syria. Both sides have acknowledged that the Turkey-PYD contacts will continue.

Even a more significant salvo than Salih Muslim’s remarks that Turkey had given the green light for Kurdish autonomy in Syria came from Selahattin Demirtas, the co-chair of Turkey’s pro-Kurdish Peace and Democracy Party, BDP. Demirtas, when addressing the Turkish state and nationalist segments of the Turkish public who were worried by the advantages gained by the Syrian Kurds over al-Qaeda’s Islamist extensions, said:

"Until today, Syria, Iraq, Greece and Bulgaria were your neighbors. So why are you so making such a fuss when Kurdistan will also be your neighbor?"

Developments you could not conceive of a year ago are taking place. Sentences that could not be uttered a few weeks ago are being said openly. And Turkey, as always and despite everything, continues to sit on the junction of "risks and opportunities." Choices it will make can increase the risks but wise assessments of opportunity can change the direction of history.