After Election Talk, Iranians Ask Rouhani to Walk the Walk

Many of Tehran's citizens are skeptical of Iranian President Hassan Rouhani's ability to turn the economy around and deliver on his many campaign promises. 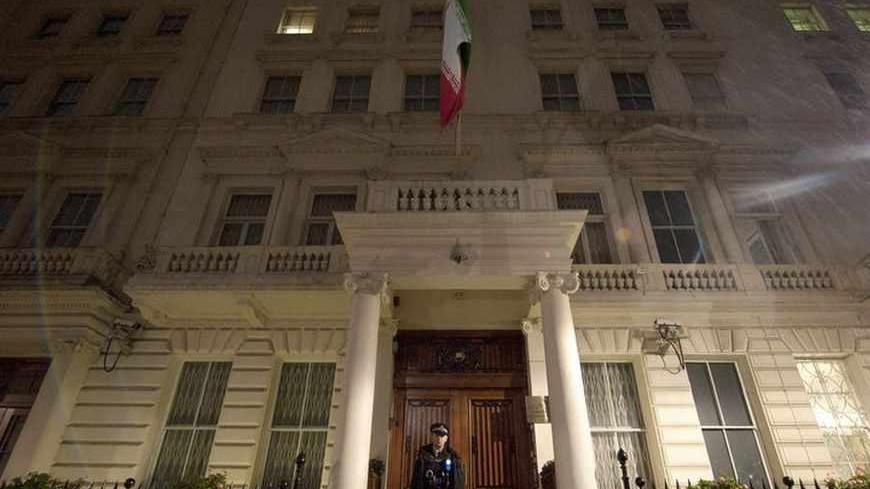 With Iranian President Hassan Rouhani’s new Cabinet just getting settled, the press is beaming with news of technocracy’s return to the country’s governing apparatus, and just recently, the possibility of the transfer of part of Iran’s nuclear file from the Supreme National Security Council under the supreme leader to the Foreign Ministry — under the president's office.

Despite developments of late, the mood in Tehran is a mixed bag of cautious optimism and outright indifference. This clashes with the sentiments seen the night Rouhani’s victory was announced, when street parties erupted in the capital’s biggest squares and boulevards. By now, some have taken to rationalizing the events of June 15 as an “excuse” to rejoice after an election outcome that at least appeared to run contrary to hardliners’ wishes — itself a cause for celebration.

“Maybe that celebration had nothing to do with the actual [victory],” said Mohammad, a computer programmer. “There are so many restrictions in our society that when this guy [won], people yearned to say the unsaid.” Mohammad, who voted for Rouhani but admits he’s not particularly hopeful of any sort of change in the future, said the victory was an opportunity to celebrate after withstanding years of a stifling political environment.

He likened the scenario to reformist Mohammad Khatami’s presidency in that even though “good things” happened during the reformist era, events like 1999’s violent crackdown on student protests and constant opposition from conservative pillars of the regime obstructed progress. But Mohammad’s disillusionment extends beyond the Islamic Republic’s establishment and to his fellow countrymen, who he said have taken to lying and “cheating others for their own advancement.” It’s a common sentiment when people are asked where they stand on the hope-spectrum these days, especially in light of Iran’s economic troubles.

This is not to say the outburst of hope following the election of an administration founded on “hope and prudence” was nothing but a fleeting illusion. Rather, it seems many have adopted a cautious, wait-and-see approach. Four years of outgoing reformist rule pounded by ultraconservatives, followed by eight years of strict conservative domination, have tempered public reactions.

Responses to Rouhani’s victory range from an independent filmmaker who had all but decided to leave Iran until Rouhani’s election convinced her otherwise, to swaths of young Tehrani denizens dead-set on fleeing to lands glamorized on satellite TV networks like Manoto and popular Turkish soap operas on GEM TV.

Even Rouhani's most candid interview with the weekly Chelchergh youth magazine — where he criticized the increasing emphasis on the “Islamic” nature of the regime as opposed to its “republican” nature; faulted the “security atmosphere” that has stifled dissent to the point of “inefficiency”; agreed that Facebook was a “welcome phenomenon”; said that women who don’t fully observe the hijab can be virtuous people too; took a humiliating jab at state TV; and denounced Internet filtering and laws against satellite television — still has failed to break the ice among some in Tehran.

"This is all talk," said a newsstand vender who, like many, prefer to wait before succumbing to hope. "What's important is action." Indeed, a common response to some of Rouhani’s most audacious statements has been, “Well, Ahmadinejad said nice things too,” at which point some will cite Ahmadinejad’s unfulfilled promises to allow women to attend soccer matches alongside men, and later his jabs at conservative regime organs that won’t leave the “young people” alone. Said a middle-aged cab-driver: “Even though I've got a positive outlook, I don't think they're going to let [Rouhani] do much” — “they” of course referring to the regime’s unelected bodies that are dominated, as most will stress and re-stress, by the same conservatives who have bogged down earlier efforts aimed at meaningful change.

But what cuts across class boundaries are Iran’s inflation and unemployment. "Ahmadinejad has locked the economy’s lock in such a way that no one can open it,” joked a midtown electrician about Rouhani’s “key,” a symbol and prop he used during his presidential campaign.

"They're building up this guy [Rouhani] so they can screw people over again," said an older man who claimed to have worked with state media years ago. His two sons, one with an associate degree and another with a masters, are unemployed. His daughter, who is about to graduate high school at the top of her class, he predicted, will soon be unemployed as well.

The last time Masoumeh, who works in the pharmaceutical industry, felt a sense of hope was during the post-election uprising that followed Ahmadinejad’s disputed reelection four years back. “In 2009, I thought, if the situation [in Iran] changed, what better place to live than Iran?” she said. “But when everything hit a dead end,” she said, referring to the ensuing crackdown, “we all lost hope.” Like many who continue to see Khatami’s Presidency as an idyllic rendition of a post-revolutionary Iran, her fondest memories date back to that era. She found it “peaceful” — mentioning how she had a boyfriend and could fully “live out [her] youth.”

But this time around, Masoumeh didn’t vote. Not after being dealt consecutive losses: first voting for Khatami only to see the reform movement impeded by hardliners, then backing reformist Mostafa Moeen in 2005 only to have Mahmoud Ahmadinejad seize the presidency, and finally voting for reformist Mir Hossein Mousavi in 2009, who is currently under house arrest. “I’m going to wait to see what this new government is going to do, but I really don’t have much hope,” she said. Rouhani’s ministers don’t inspire much discussion: “I’m not even looking at who he’s selected, I’m only looking at the rial-dollar exchange rate,” said Masoumeh, who has plans to leave Iran.

But Ali, who works in Tehran’s interminably booming construction sector, is more or less positive about his country’s social future, he said, because regardless of what the deep-state does, it will eventually have to concede to the demands of Iran’s young, educated, urbanized and demanding middle class. “The people have advanced to a point where [the government] will have to stand down” on social issues like the imposition of dress codes, he said.

On one late, post-election night when modest shifts in the public consciousness were just beginning to take their toll, a metro worker idled by, waiting for the night’s last train.

"Tehran is filled with unfinished projects," he said drearily in response to a question about the Tehran metro’s “Line 3,” set to launch in the coming months. He compared its unfinished state to a building project near his neighborhood that, marred by constant delays and presumable capital shortages, has been under construction since 1995. It seems he’s given up. When the conversation turned to Rouhani’s win, he expected quite a long wait before witnessing changes on the ground, if there are any in the pipeline, that is.

But when asked if he’s still “got hope,” he doesn’t think twice. "It's hope that keeps me going,” he says, seconds before the train arrived.

Sepehr Hosseini is a pseudonym for a reporter based in Iran.