The visit of Bandar bin Sultan, director-general of Saudi Arabia's intelligence agency, to Moscow last month was all about Syria. 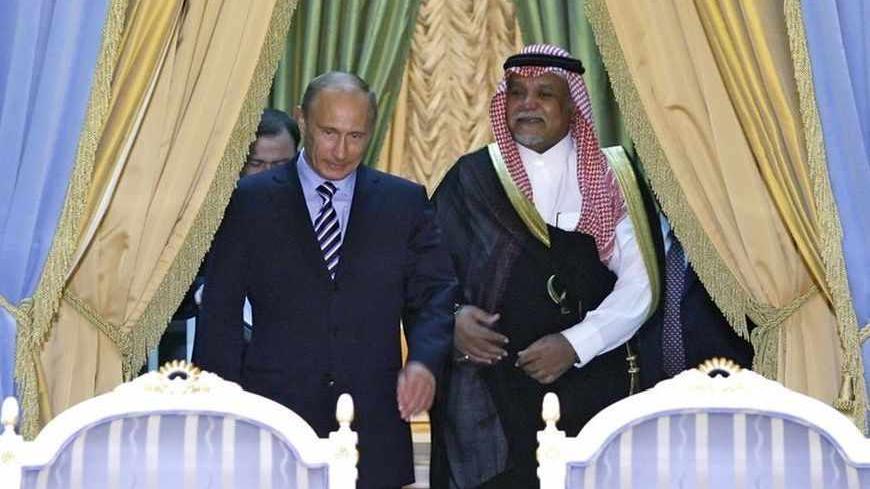 The inauguration of new Iranian President Hassan Rouhani is accompanied by a surge of expectations. After eight provocative years of Mahmoud Ahmadinejad's presidency, Rouhani has an edge — in the beginning, at least, he will be treated favorably.

In Russia, the inauguration was accompanied by rumors that President Vladimir Putin would visit Iran as early as a week after the inauguration. Analysts discussed in detail why and for what purpose the Russian leader would visit the Iranian president and to what extent it would be a provocation of the West. But then, the rumors were officially denied. The first meeting will actually take place in September at the Shanghai Cooperation Organization Summit in Kyrgyzstan. The influential Kommersant newspaper, which was the first to report about the expected visit, continues to insist that the rumored visit had been planned, but the involved parties failed to agree on an itinerary. Putin intended to meet with his counterpart during a planned flash-trip through the Caspian states, without visiting Tehran, but the Iranian side insisted on a full-scale visit.

Head of the Moscow Center for the Study of the Modern Iran, Rajab Safarov, who is considered to be very close to the Iranian authorities, explained in one of his interview, "Had the Kremlin disclosed that Mr. Putin has specific suggestions in his portfolio, such as settling the issue of missile systems supply, developing cooperation on a peaceful nuclear program, or coordination of joint efforts on the question of reconciliation in Syria, the new president of Iran would have come to meet anywhere." Though nothing has been officially confirmed, it is clear that Moscow and Tehran have just showed off their ambitions, which is typical of both capitals. This is neither a sign of a crisis in their relations, nor of any prospects. The complicated, but unbreakable connection will remain.

Putin saw Ahmadinejad recently during the summit for the Gas Exporting Countries Forum. Before that, they had met in 2007, when the Russian president visited Tehran. At the time, many in the West interpreted the visit as a sign of a crafty anti-American intrigue, but the result proved to be quite dull — Putin repeated to Ahmadinejad everything that Western representatives told Iran, and he received nearly the same answer.

Russian-Iranian relations are an example of tangled interactions. This was revealed most clearly during Ahmadinejad's presidency. During his time in office, a nuclear power plant was launched in Bushehr — the most notable Russian-Iranian project that started in the mid-90s. However, the Iranian president did not spare derogatory comments when speaking of Russian Prime Minister Dmitry Medvedev and Russian policy, when, in 2010, Moscow decided that UN sanctions applied to the S-300 anti-missile system.

Ahmadinejad stated that Russia and the UK were responsible for the colonial humiliation of Iran, promising to raise claims for the past. At the same time, Russia objectively remains one of Iran's most important international partners, as it is capable of influencing the nature of UN sanctions. It appears that Iranians do not believe that Russia is able to pursue a course that is truly independent of Washington, except for Russia's consistent attenuation of sanctions. (By the way, China is less useful for Iranians in this respect, even though its interests in Iran are extensive. Beijing does not have enough courage to veto alone and prefers to follow the Russian position.)

Admittedly, in the last year and a half, despite a very complex palette of relations, Iran and Russia have found a strong cementing factor: Syria. Quite paradoxically, without any express intention, Russia found itself in alliance with the Shiite world in the Middle East. But since its relations with the Sunnis are escalating, the perception of Russia in Sunni societies is worsening, which is something very unusual.

Russia has joined the alliance through a coincidence of circumstances. Both traditional connections with the Assad family and a strong rejection of any intervention in internal conflicts, which had sharply aggravated after Libya, pre-determined the fact that Russia strongly sided with Damascus. It has been insisting on its position ever since, holding to it as firmly as Iran. For Iran, this is an issue of its own geopolitical future. Initially, Russia's stake was not so extensive, but based rather on a wish to prove that it should not be ignored and used, as was the case in Libya.

As recently as six months ago, many analysts considered Russia’s approach stubborn and desperate. The impression is different today. The long discarded Assad is still in power, the Shiite alliance of Iran and the Lebanese Hezbollah is not retreating, while growing signs of disarray are appearing among ranks of regional opposition leaders. Tehran is confident, and the smooth transfer of power confirmed the stability of Ayatollah Ali Khamenei’s regime. But most importantly, the feeling is ever stronger that the US is not just losing its initiative in the Middle East, but actually is giving it up voluntarily. Most likely, it believes that it cannot do anything serious or even simply predict the course of events in the region.

In this context, the visit of Saudi Prince Bandar bin Sultan, the head of Saudi intelligence, to Moscow last week seems very interesting. Of course, there is no information about the topics of his talks with Putin, but the reason is clear anyway. The dead end that arose on the issue of the Syrian war demands a search for new approaches from the parties involved the most. The hopes that Russia will at some point change its course are groundless. If Russia did not do so when everybody expected Assad to collapse, why would it now? The peace conference that was jointly announced by Russia and the US back in May has been repeatedly postponed, and since there is no object of discussion on the opposition side — and likely there will not be one — the conference can be postponed indefinitely.

Saudi Arabia is one of the very few countries that is capable of exercising real pressure on the opposition. In the present situation, especially after the shift of power in Qatar, Riyadh has assumed more responsibility, even more so as Washington delays its involvement. Prince Bandar should realize the extent of the potential understanding with Moscow on the most important regional issues, primarily the Syrian and Iranian issues. Russia is surely interested in restoring at least a partial balance of relations in the Islamic world.

The ascension of Rouhani, who was cautiously welcomed even by the Saudis, the main rivals of Iran in the region, opens up a window of possibilities for everyone. However, as we know, the president is not the top leader in Iran; he is just the head of the executive authority. It is clear that his ascension provides a possibility for the ruling clergy to change the image embodied by Ahmadinejad. Everybody is anxious to see who will be the first to suggest a way out of the extremely tangled regional situation, but all understand that something needs to change.