Netanyahu Must Prepare Israelis for Peace

If the Israeli-Palestinian negotiations yield an agreement, Prime Minister Benjamin Netanyahu must harness all his powers of persuasion to win the support of the Israeli public. 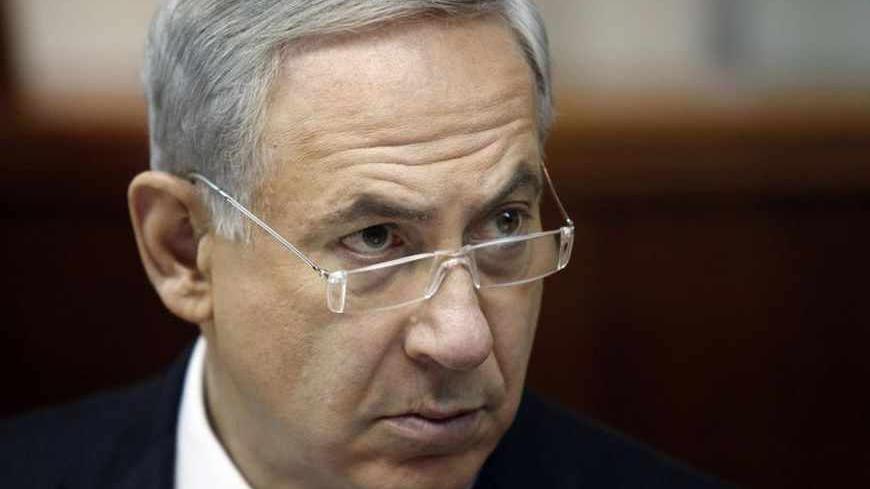 Nine months. That’s the time the United States allotted for the negotiations on a permanent agreement between Israel and the Palestinians. In the course of this short period, Prime Minister Benjamin Netanyahu will not only have to come to terms with the Palestinians on the final borders, Jerusalem and the refugee problem, and to prepare for the evacuation of tens of thousands of settlers, but also to secure the support of the majority of the Israeli public — or, as far as he is concerned, the majority of the Jewish public — for the agreement, before presenting it for a decision in a national referendum.

This critical time span has been dubbed by experts as the “duality period.” During this short stretch of time, the parties are required to give up symbolic and physical assets, to buy the support of a skeptical or even hostile public on the domestic front and, at the same time, build a culture of peace with a longtime foe. All this, while the signs of the conflict — the occupation, the violence and the incitement — are still present in the field.

The experience of the Oslo process and the disengagement from Gaza shows that at a time like this, the rejectionist front, on the Israeli as well as the Palestinian side, spares no effort to undermine public support for a diplomatic settlement and shatter the public belief in peace. It stops short of nothing — including violence, provocation and incitement — to sabotage the fragile peace process.

If Netanyahu actually plans to call a referendum on the final status agreement in nine months, he should prepare the public for the most dramatic decision taken since the peace agreement with Egypt in 1979, and perhaps even since the 1947 UN resolution on the partition plan.

He should go about it in a planned and systematic manner, and to that end mobilize the media, the education system and public opinion makers. The results of the successive elections held since the Oslo Accords were signed in 1993 indicate that a series of terror attacks is enough to sway public opinion to the right. The hard core of the left, which would not be intimidated by terror and is immune to nationalist propaganda, is an insignificant minority.

To induce the citizens of Israel to support a withdrawal to the 1967 borders, with minor modifications, and the division of Jerusalem, Netanyahu should start marketing this ideologically revolutionary political-security product right away. At the same time, he must take concrete steps to demonstrate to the Palestinian public as well that this time around, the negotiations are not intended to buy him more time for the expansion of the settlements.

In an interview I did for Haaretz about three years ago with Martin Indyk, who has just been appointed special envoy by US Secretary of State John Kerry to the Israeli-Palestinian talks, Indyk quipped, ''Well where is the [Palestinian] state going to be established – on the moon?''

Indyk, who was senior director of Near East and South Asian affairs at the National Security Council during the Bill Clinton administration and served two stints as ambassador to Israel, 1995–1997 and 2000–2001, stressed that the United States had consistently supported the return of Israel to the 1967 borders “with minor modifications.”

Rather than raising the issue of the Green Line for renewed public discussion and highlighting the need for substantial territorial concessions, Netanyahu prides himself on his “achievement” of omitting the words “1967 borders” from the guidelines for the negotiations with the Palestinians. Instead of toning down government activity in out-of-the-way settlements, the Netanyahu government decided on August 4 to include some of these settlements on the so-called national priority list.

In the above mentioned interview with Indyk, he noted with reference to the issue: “No wonder the relations [between Netanyahu and US President Barack Obama] are strained, when one day the government decides on a freeze on the settlements, while the next day, a senior cabinet member declares that it’s all fiction, and the day after, the government adds isolated settlements to the national priority list.”

Instead of delivering to the public the message that the day a peace agreement is signed with the Palestinians will be a day of celebration, Netanyahu looks as if he has been dragged by force to the negotiating table and is looking for a way out. “The negotiations with him on the [1997] Hebron agreement were so strenuous that they literally caused me heartache,” Indyk told me at the time. “Ultimately, Bibi does what we in the US think is the right thing to do, but this [is] only after engaging in an extended conflict with Washington and after losing much of the credit for his moves.”

Rather than presenting peace and normalization agreements with all the Arab League countries as an enormous victory for Zionism and courageously confronting the settlers, Netanyahu is embracing the latters' leaders. His current performance stirs memories of the events surrounding the Wye agreement of late 1998, under which Netanyahu pledged to transfer to the Palestinian Authority parts of Area C to Area B, and some even to Area A, which is under full Palestinian control (Area C consists of 60% of the West Bank). “He signed the agreement," Indyk noted, “gave in to the settlers and subsequently lost power.”

The settlement policy of the Netanyahu government, which further strengthens Israeli control over Area C, signals to the Palestinians that the diplomatic process that began 20 years ago in Oslo was a bad deal. Even Dennis Ross — who headed the US team to the peace talks, as President Bill Clinton’s Middle East envoy, and is known to be a loyal advocate of Israel — called last year on Netanyahu to show generosity toward the Palestinian Authority and open Area C to the Palestinian economy and also release Palestinian prisoners.

In an article in The Washington Post, Ross wrote, "These steps would certainly demonstrate that the prime minister means what he says. At the same time, they would signal to Palestinians that independence is possible and that the approach from [Palestinian President Mahmoud] Abbas and [former Palestinian prime minister Salam] Fayyad — not Hamas resistance or violence — can produce it.'' Ross stressed that it could be done straight away and that the move would not change the diplomatic status of those territories or [adversely] affect the security of Israel, and that it would rather weaken the power of Hamas.

Had an alien from the moon landed in Israel these days, he would have found it hard to believe that in less than nine months, Israel is expected to dismantle dozens of settlements, to move from their homes tens of thousands of settlers and to divide its capital city.

Hopefully, Prime Minister Netanyahu will know how to prepare the public for the critical decision on the removal of the malignant tumor of the occupation, and do so with the same devotion and skill he employed when he was opposing the Oslo agreement and spreading fear of Iranian nukes.